I know late summer is a tough time for you. There aren’t many awards shows in August for you to appear on, and the Polka Hall of Fame’s Slovenian Sausage Festival isn’t until September 16 (don’t worry, Kathy Hlad and Ron Likovic already agreed you could sit in). True, that playing-in-a-wheelchair thing got a lot of mileage, but I think everyone’s run all the photos they possibly can of you grimacing sincerely on your throne, looking not unlike Tywin Lannister about to get an arrow through his Inferior Vena Cava.

You’ve got power. Use it. Engage in meaningful protests, instead of Instagram-friendly hollow gestures.

So I can’t blame you for trying to grab a few more moments of the public’s attention when you “Rickrolled” the Westboro Baptist Church in Kansas on Friday.

On the surface, I appreciated your gesture. It had a certain Yippie insouciance, and who won’t applaud any attempt to piss off the professional haters from Westboro. Sure, WBC is an easy target, but not everyone turns up and actually gets in their faces. Good for you! You showed a lot of nerve for someone who is as chinless as a British monarch, was the second best drummer in Nirvana, and probably thinks Henry Rollins is an actual writer.

But I thought about it for a while, and I recognized the Westboro drive-by for what it was: an entirely empty gesture that is virtually the definition of publicity grab (and you know more about publicity grabs than a Cure-loving occupational therapist knows about cats). First of all, as noted earlier, you sure picked the easiest target on earth. Next time, show up at a freaking Ted Cruz or Scott Walker rally and call them out on their fear mongering hate shrieks—they are a lot more dangerous than the ass clowns at Westboro Baptist Church. Doing something like that could actually make a difference, actually make someone re-think their position, and God forbid, David, actually risk pissing someone off (by the way, I’ve never quite understood the expression “ass clowns,” have you? I like typing it, and it scans exceptionally well, but it just doesn’t make any sense).

Or you could have driven your damn Foo Van over to one of the two Planned Parenthood locations in Kansas, and made a statement about your support for women’s reproductive rights, or just said “Planned Parenthood dispense essential advice about women’s health to the fine, fine ladies of Kansas, and we the Foo Fighters, the finest and most famous Husker Du cover band in the land, want to make it clear that we support this organization and the work they do.”

No, instead you stuck your tongue out at the Westboro Baptist Church. That’s the liberal equivalent of Nancy Reagan going “Just Say No.” It sounds like you’re taking a stand, but it’s beyond and below meaningless.

You sure picked the easiest target on earth. Next time, show up at a freaking Ted Cruz or Scott Walker rally and call them out on their fear mongering hate shrieks.

O.K., more charitably, let’s say you were personally pissed at the WBC for harassing fans at your concert—I understand that may have been the inspiration for your drive-by—and it was important for you to address this issue.

In 1968, Phil Ochs and the MC5 played in front of protesters at the Democratic National Convention in Chicago, knowing they were about to get tear gassed and have their heads bashed in by Mayor Daley’s thugs. Oscar Brand, Pete Seeger and Joan Baez sang alongside the Selma marchers in 1965. In 1998, Chumbawumba performed at the British equivalent to the Grammys, where they physically attacked the assistant Prime Minister John Prescott in order to bring attention to the plight of striking workers. In 1982, Gerry Hannah, the bassist for the (Canadian) Subhumans, was part of a group that bombed a Canadian company producing parts for American cruise missiles.

Oh, but YOU Rickrolled Westboro Baptist Church! You are another Mandela, my friend. I mean, if Mandela had once appeared on TV backing Zac Brown.

At the very least you could have thrown some feces at them. Seriously. What you did involved taking as big a risk as I take when I flip channels in the middle of the night and decide to watch Bewitched instead of getting angry at Nancy Grace. Oh that’ll show her!

You’ve got power, baby. And by “baby,” I mean Dave. A lot of people love your music, (or at least tolerate it in the absence of cognizance of any legitimate alternative), and a lot of people really appreciate how you’ve blasted some rock and roll into a mainstream pop environment increasingly devoid of power chords. Use it. Engage in meaningful protests, instead of Instagram-friendly hollow gestures. Next time you’re on a plane on your way to the Canadian Radio Music Awards to make a surprise appearance in their tribute to Stompin’ Tom Connors, take a few minutes to read about Victor Jara (who DIED for his music), Jon Langford, CRASS (crappy music but BOY those lyrics sheets rock and they did all the right things for all the right reasons), and maybe next time you want to take a stand on something, it will have a component of bravery and true activism, and achieve something other than underlining the obvious in the least challenging possible way.

Oh, and you are not fit to carry Tom Connors’ hat. Look him up. He stood for something. He returned awards; he didn’t waste his place in the public eye begging for them.

P.S. I’m sure you’re a perfectly nice guy. But when you do nothing and make sure enough cameras are there to make it look like something, you open yourself up to this sort of rant. 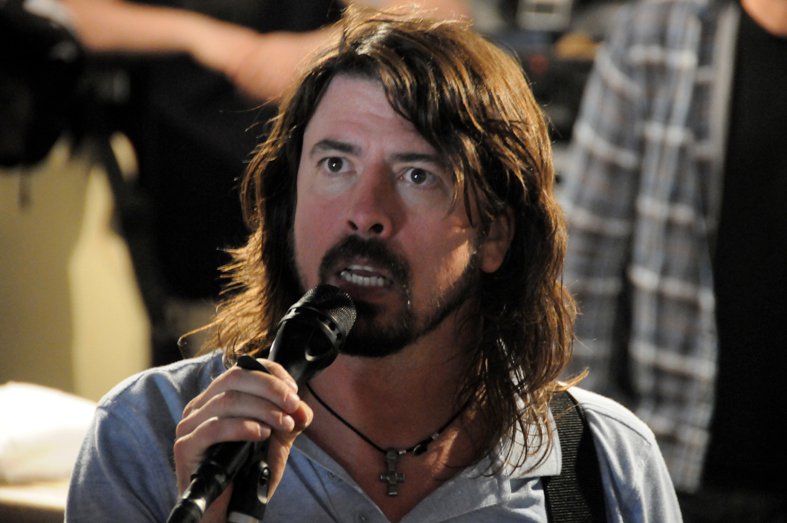