When you were growing up in Brooklyn in the 1950s and 1960s, we doubt even the proudest Jewish parents said, “My son, the future president.” It just wasn’t in the cards for a Jewish boy; nor probably is it today. They might have whispered, “He’ll keep Israel safe.” And that prophecy is indeed in your hands today. And the question of safety is not limited to Israel but to the entire Middle East and beyond.

According to most informed observers, your vote on the proposed Joint Comprehensive Plan of Action (JCPOA)—the Iran deal—will likely tip the balance.

We believe you. And we encourage you to examine the deal with as dispassionate and rigorous an analysis as you’ve ever brought to any question of public policy. This proposed deal—and we cannot call it a treaty because that would have triggered a fundamentally different approval process—affects not just the balance of power in the Middle East today, but guarantees to radically alter it in 10 years when it expires. That is the deal’s legacy for all our children.

Let’s agree to agree: We want a non-nuclear Iran, and it should be possible to achieve that through negotiation. That is what we thought the administration’s goal was as well. But the president has said this is the best we can get: a 10-year delay in Iran developing nuclear weapons.

Let’s assume that Iran abides by the deal’s provisions, every one of them. Would that be sufficient to support the deal? That, arguably, would be enough.

Had the deal been properly termed a treaty and submitted to the Senate for its ratification, that would have been enough.

Had the promise of any time, anywhere inspections been incorporated into the deal, that would have been enough.

If the negotiations had involved Iran’s Sunni neighbors like Egypt, Saudi Arabia and Turkey—the avowed targets of the Shiite theocracy—that would have been enough.

Had the $150 billion in frozen funds been released over time based on Iranian compliance, that would have been enough.

Had the Ayatollahs removed the passage from the 1979 Preamble to their Constitution that states, “the ideological mission of jihad,” is “extending the sovereignty of God’s law throughout the world,” that would have been enough.

Had Iran renounced, or even admitted its terrorist activities—in Argentina, in Syria, in Israel through its proxies Hamas and Hezbollah, and against American troops in Iraq—that would have been enough.

Unfortunately, none of these provisions was included.

There were, however, as we recently learned, two secret side deals with the International Atomic Energy Agency (IAEA). Had the Senate been properly briefed, even that might have been enough.

For serious people who think about Middle East peace, any one of these omissions can lead the region toward escalated conflict—or worse. Not all of them, just one.

Much of our sleeplessness is triggered by the so-called inspection and verification procedures. Iran has already said that it will not allow inspectors from the United States or Canada. And we were particularly disturbed to learn that Syria’s Bashar al-Assad has managed to keep his chemical weapons program quite alive despite so-called inspections by the United Nations and the Hague-based Organization for the Prohibition of Chemical Weapons. (And yes, this was a deal negotiated by Russia’s Vladimir Putin, who also eagerly endorsed the Iran deal.)

We were helped in coming to this conclusion by conversations with someone who has spent nearly a lifetime immersed in the culture, religion and politics of Iran, and more than half-a-lifetime negotiating complex deals: Ali Wambold. Mr. Wambold is a senior investment banker, ran Lazard in London, and today manages a large private equity fund. Just as importantly, his family ruled Iran twice: once through the Qajar dynasty from 1785 to 1925—Mr. Wambold is the grandson of the last Qajar Shah—and again through the democratically elected Prime Minister Mohammad Mossadegh, from 1951 to 1953.

“The deal isn’t done until it is done,” advised Mr. Wambold. “There are two cardinal rules for a successful deal. First, you never telegraph desperation for a deal, no matter how much you may want or need to consummate an agreement. Second, you really need to understand the party on the other side of the table. Ignore either of these rules, and you’re likely to come out of the negotiations with far less than you had hoped for. Ignore both, and you are guaranteed to wind up with a very bad deal indeed. Sadly, America has ignored both in its negotiations with Iran, and the resulting agreement reflects it. The Iranians cannot believe their good fortune. If America insists on renegotiating the deal, the Iranians have little choice: they want the $150 billion released and sanctions eased.”

Senator, you don’t have to play by the administration’s ad hoc rules that denied the Senate its constitutional duty of approving treaties. Instead of voting up or down on the deal, the Senate could vote to send Mr. Kerry back to the negotiating table.

There must be an enormous desire to support a president of your own party on a measure that has a noble purpose. The temptation to “give peace a chance” must be powerful. But real leadership is forged in the moment when you must say that the risks are too high—and the ultimate payoff of a 10-year delay too short—to risk the safety of future generations. We urge you to exercise that leadership and to find a way to send the parties back to the negotiating table in search of a real deal that can lead to peace. 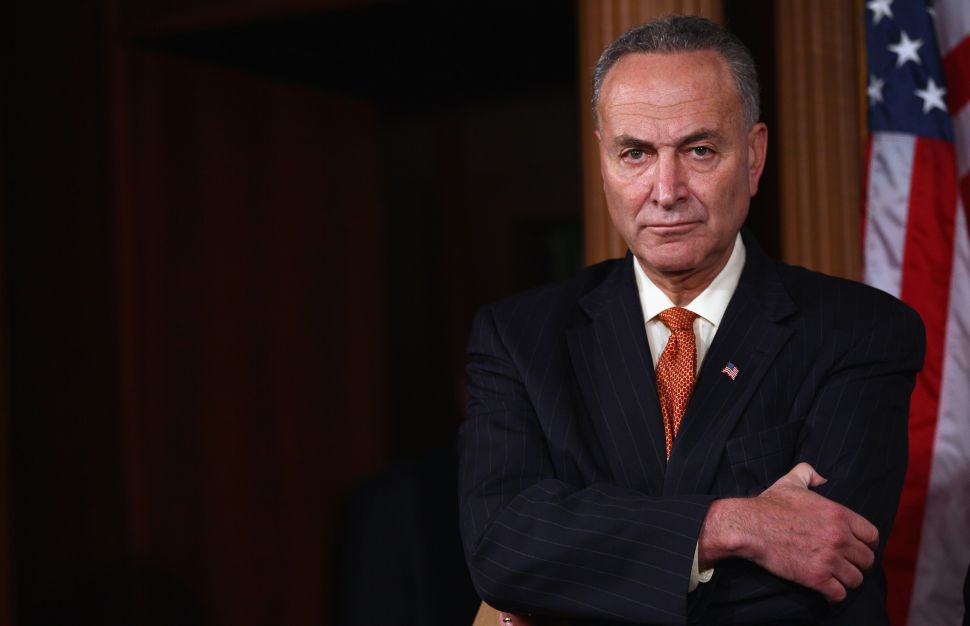