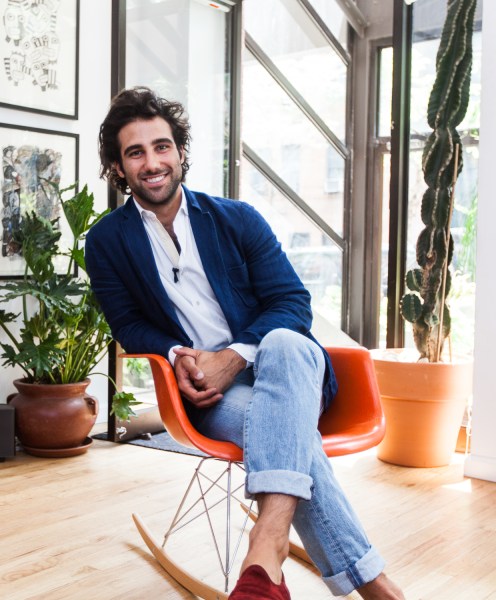 Noticing those chic, leather espadrille-style shoes at bars in the Hamptons or on board the odd private jet this summer? Mickey Ashmore is your guy. His townhouse, known as The Sabah House, is part home, part showroom and gathering center for friends, customers and collaborators. On a given day, the Microsoft finance/strategy guy-turned-shoe designer, hosts anywhere from five to 20 people. Why? Because the beauty of his brand, Sabah (Turkish for morning), is the way in which it’s sold. “Our business is 50 percent a retail company, and 50 percent hospitality/community,” said Mr. Ashmore. 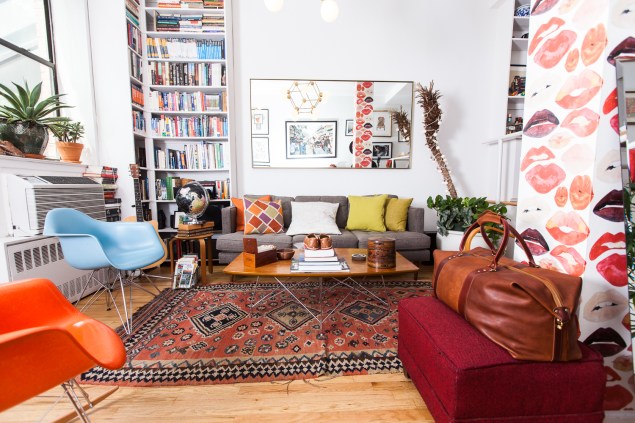 Sabahs can be purchased by appointment, open house, or if one cannot visit, by email or phone. Open houses are promoted through email lists and the Instagram account @TheSabahDealer.

Mr. Ashmore has travelled the world recreating The Sabah House in cities including Dallas, Los Angeles, San Francisco, Washington D.C., Miami, Philadelphia and Tokyo. He takes with him as much stock as he can, and if he doesn’t have what someone is looking for he’ll take orders. 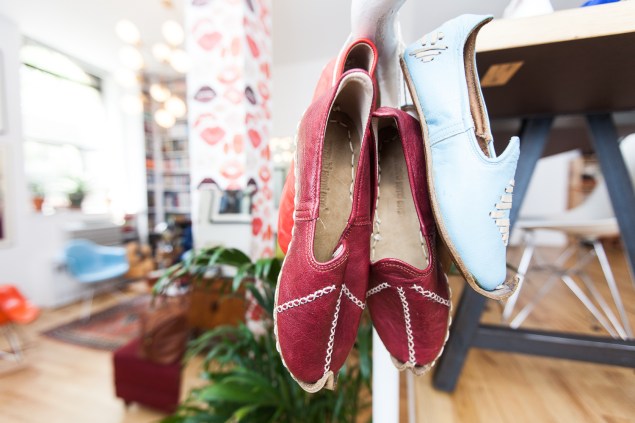 You’re from Texas. Why did you choose to come to New York? I was living in Istanbul and working for Microsoft before I got to New York and absolutely loved it in the city. I wanted to get out of tech, and just do something different. I have always been entrepreneurial.

How long have you been living in this townhouse? Two and a half years.

Why did you choose this as your home?  When I walked in here, it didn’t look nearly like it does today. It was dingy. But, I recognized it was unique. In addition to being a great home it could serve a purpose. I was thinking about starting Sabah, I had just found these shoes that I loved. 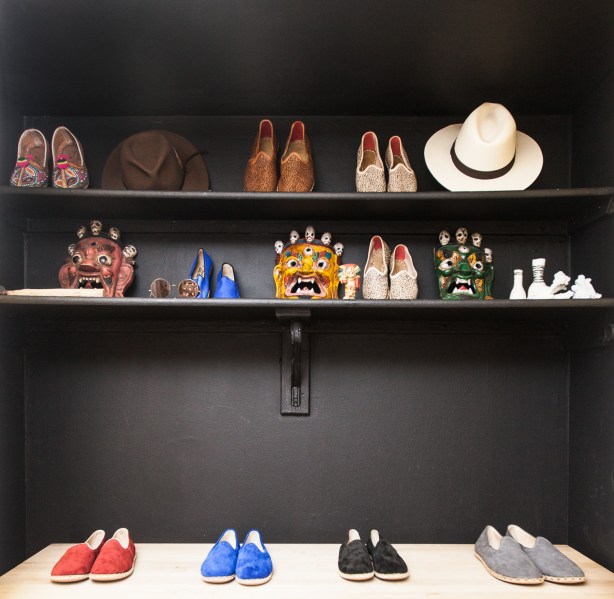 A closet filled with Sabah’s (Photo: Emily Assiran for Observer)

Anything in particular that makes it unique? I like being in a public space and seeing people. So, I like that this space connects to the street so nicely. If it’s a nice day, I open my front door, and I’ll sit on my stoop, drink my coffee, read the paper and say hi to my neighbors.

Did you know you wanted to live in the East Village before moving here?  No. To me, it was about finding a space that was downtown. It was all interesting to me. I’ve come to love the eclectic feel here.

You have quite the library. How did you collect so many books? It’s a mix. My dad reads a lot of mystery novels. So he sends me those. I always buy guidebooks on a trip. They’re not a definitive answer, but they’re a good resource. I love cook books too. 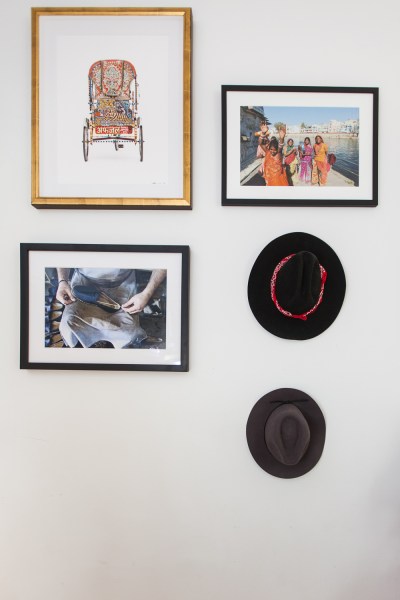 There is a theme of travel around your apartment. Can you tell us about the art? I took many of the photos on the walls while traveling in India. There is a picture of one of our working shoe-stitchers from Turkey, a map of Istanbul, plus art from New Mexico, which is a place I spend a lot of time. Some of the art is trade for shoes.

What else inspires the space? Customers or collaborators influence it. For example, the mirror was a suggestion from an interior design friend. Brad Sherman, who is an interior designer as well, built the table. These lights are from an emerging lighting designer, Rosie Li. I was introduced to her through our e-commerce guy. 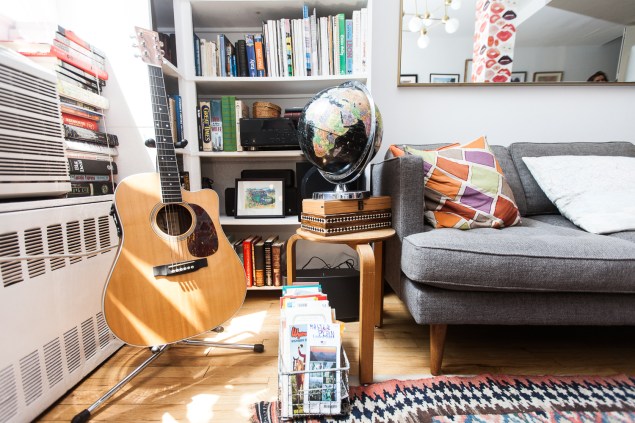 What’s the story behind the lips?  The lips are also from a guy who started as a customer. I was standing in line at Basics Plus wearing bright blue Sabahs and the guy behind me said, “Hey, cool shoes.” So, I turned around and said, “Well, let me tell you about them,” and I gave him a little bit of the story. He followed me back to my place, I sold him a pair of shoes, and we just stayed buddies.

What’s your favorite thing to collect? I give a lot of globes as gifts. There is a brand called Replogle, which makes high-quality globes in America. I love collecting their vintage ones. If I had more space and money I would collect more mid-century furniture. The day we really make it, I’ll buy an Eames lounge chair. 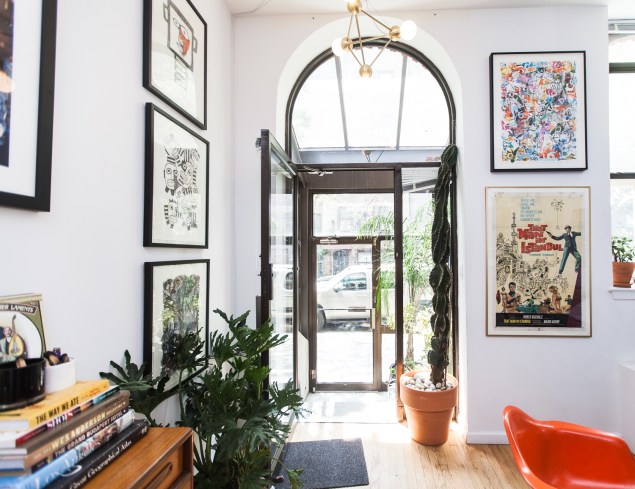 What’s most special about your home? The front door and immediate access to the outside world, which means energy and people. You can open the whole house up from back to front and you get a breeze coming through. On a nice day it doesn’t feel like youre in New York City, it feels like the Mediterranean. 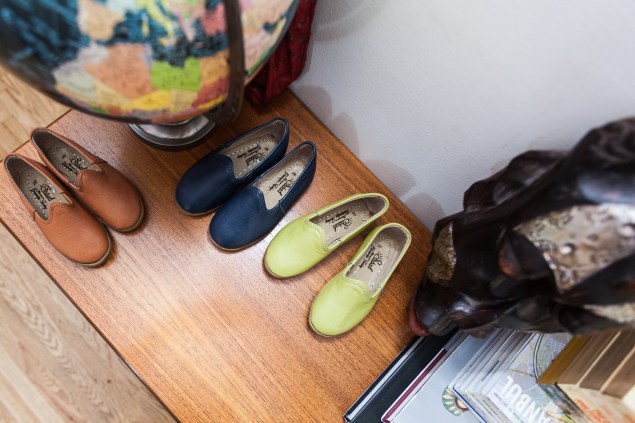 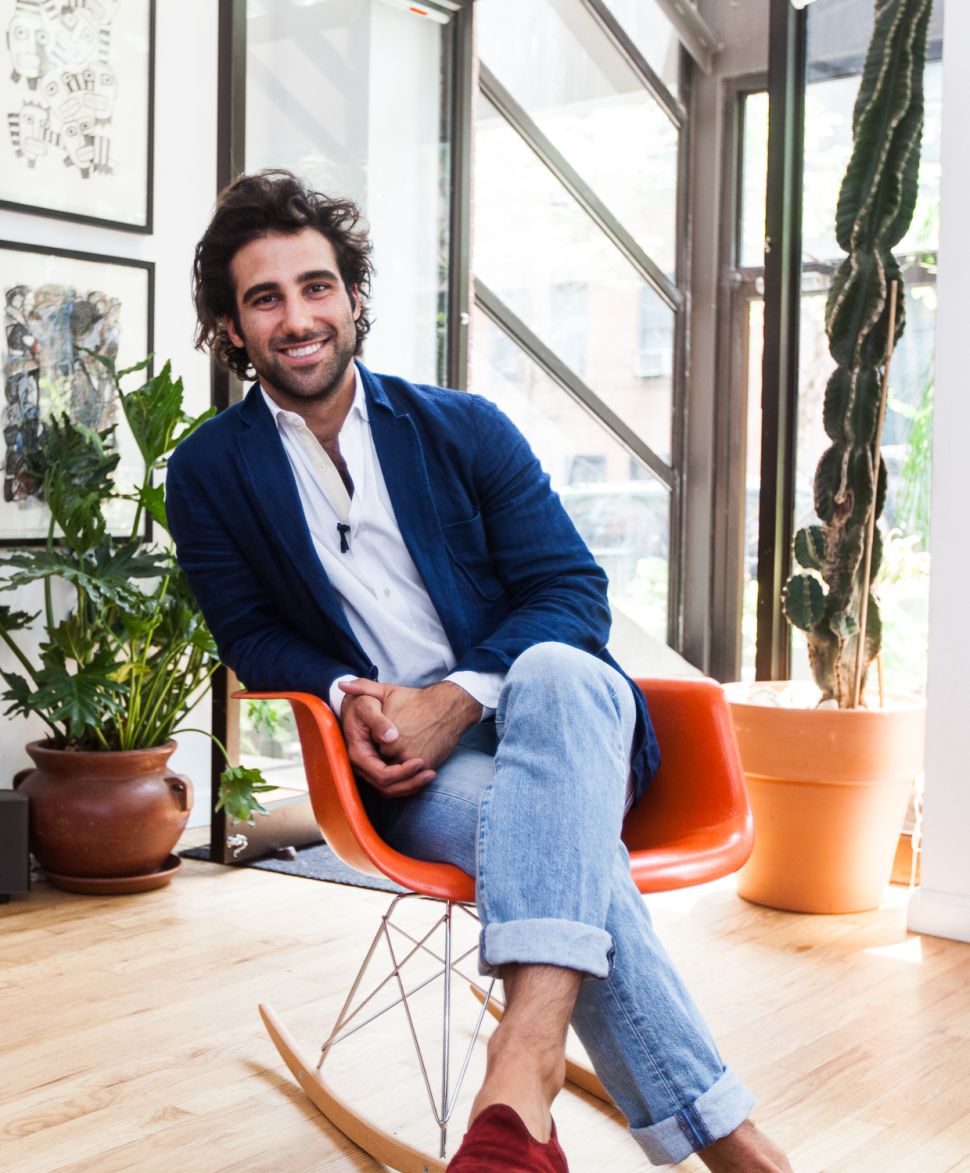