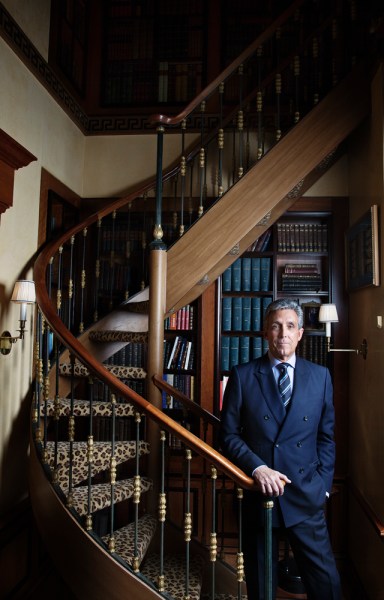 Charles Cohen at his home (Photo: Celeste Sloman for Observer)

With more than 12 million square feet of commercial space in his portfolio, Charles Cohen is one of the country’s most successful real estate developers. He presides over New York’s famed Decoration and Design Building, and has taken the idea cross-country, with outposts in Florida, Texas and California. Given his affinity with interior design, the 7,500-square-foot Upper East Side apartment he and his family call home is a hodgepodge-turned-smoothly crafted brew. 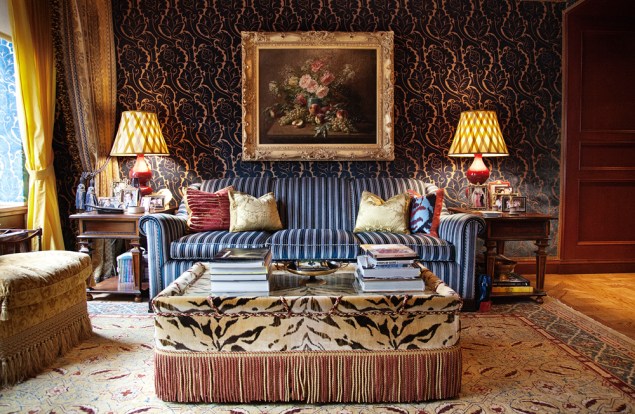 Your apartment covers a huge space, what was the configuration when you bought it? It was a duplex—five apartments, two upstairs and three downstairs that had been assembled before we moved in. During construction I bought another on the same floor to make rooms for my two older children. I then bought the apartment where my breakfast room is, followed by the apartment for my two little boys’ rooms. I don’t know how many apartments, maybe nine, but I was able to cobble together quite a bit of space!

You’ve had two incredible designers—what was it about their talents that drew you? I had just bought the D&D Building and then went to Paris on an art trip. I went for dinner to the Hotel Costes and remember thinking to myself, “Who is this designer? I’d really like to meet him, this is amazing!” It was Jacques Garcia and so I decided it would be wonderful to have him do my apartment, so this became the first residential project that he did in the United States. 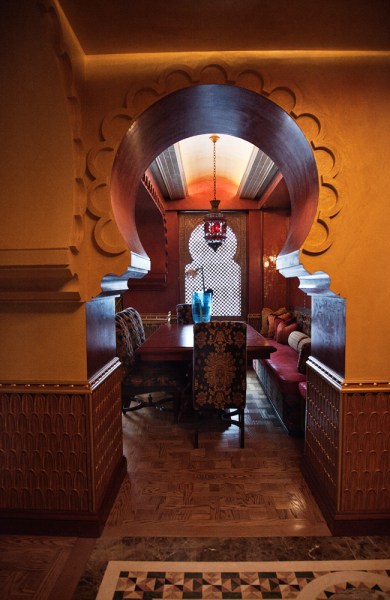 A view to the Moorish-inspired Great Room, designed by Scott Salvator (Photo: Celeste Sloman for Observer)

How about Scott Salvator? The genesis of these apartments was a real appreciation for what Jacques Garcia was doing at the time, which was his interpretation of the Empire-Directoire period in a contemporary way. I loved his use of red velvet, light fixtures with fringe, and nail-headed furniture. The library, master bedroom, foyer, dining room and breakfast room are also Jacques Garcia. Scott Salvator, (whose traditional UES style is legendary) came on board later to design the Grand Salon. He is an amazing talent and his use of complex fabrics, styles, colors and textures is incredible. 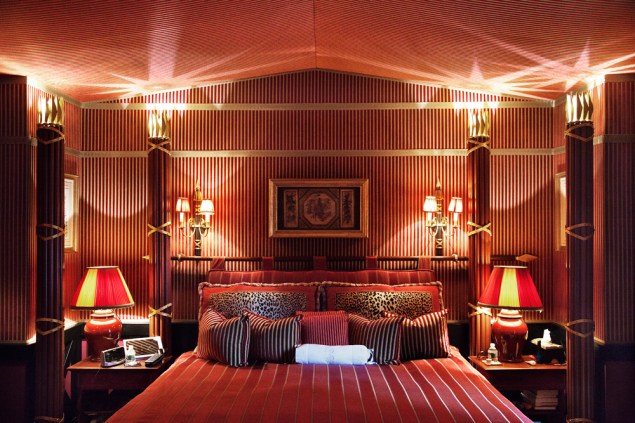 What makes the Grand Salon your favorite space in your home? This particular space was a real labor of love. It was so unusual because it was a two-bedroom apartment and the idea here was to create a grand salon like you would have found in the early 19th century in France. I thought doing something in a Moroccan style would give it a little lightness instead of it being heavy. All the design motifs as well as curves and arches in the wall all speak to Moroccan design.

Was the art found or commissioned? Anchoring the space is a Sasha Newley portrait. He is the son of Anthony Newley and Joan Collins, and painted my wife and I in our Connecticut home. The Othello-inspired North African sculptures in the windows are from my father. 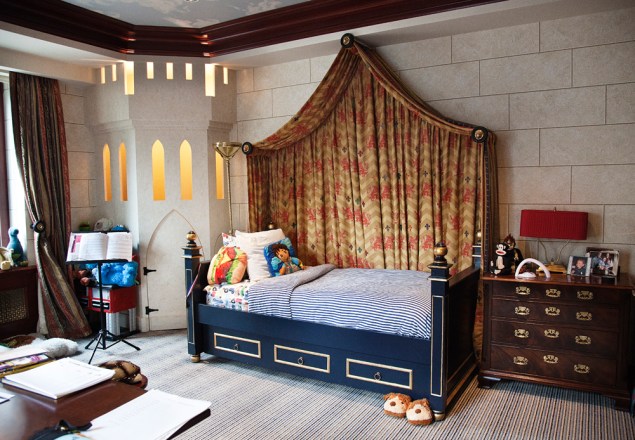 One of the kid’s rooms (Photo: Celeste Sloman for Observer)

The D&D Building spawned an interiors revolution in a way, how did that come into your life? I’ve always been interested in design and when the D&D Building first became available, I wanted to reinvent the design center as a place for designers. It was substantially vacant, it was bankrupt, it had been foreclosed upon. One of the first things I did was to follow the mandate that the quality of tenants was key to the success of the building. I built a library and lounge for designers, I brought in Aureole cuisine, I started a lecture series, I got magazine sponsors, and the economy was on the ascent. I’m continuing to invest in all the design centers to make them the best that they can be for the design trade. 2015 is the 50th anniversary of the D&D building, the 30th anniversary of the Design Center of the Americas in Florida, the 30th anniversary of the Decorative Center of Houston and the 40th anniversary of the Pacific Design Center. 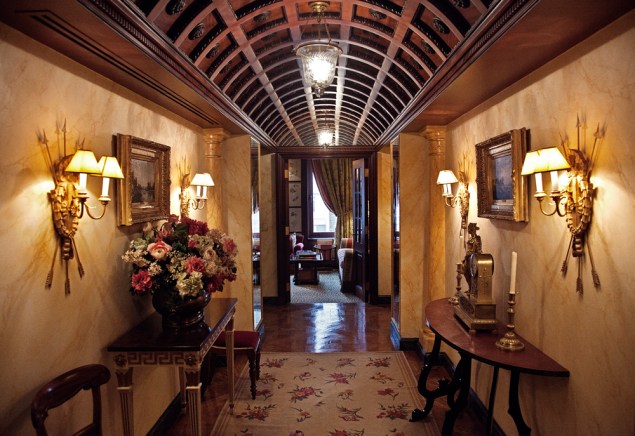 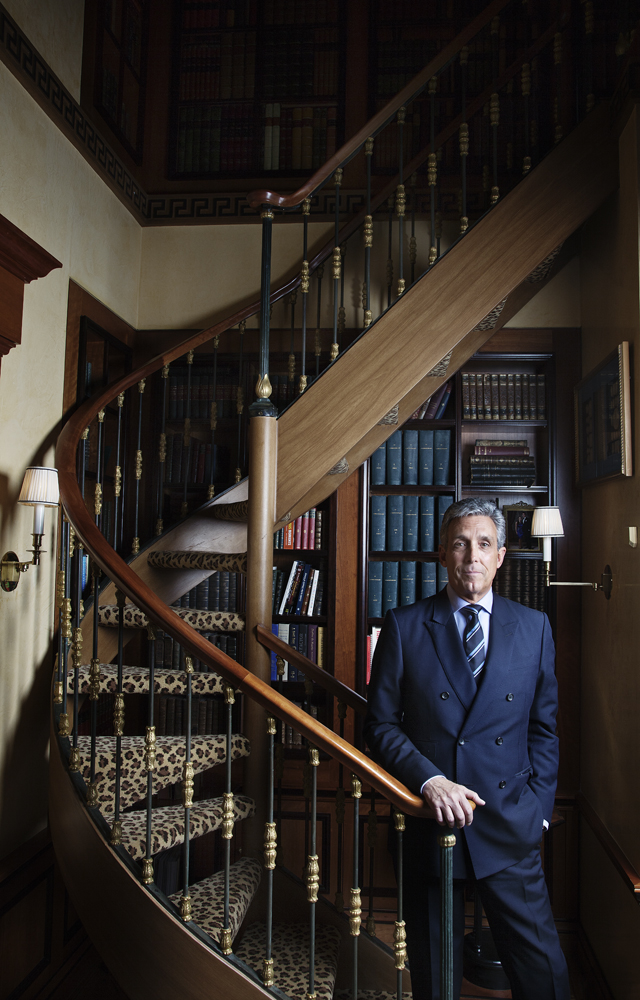