“When I lost my job I took a job at a fitness studio,” Barry Jay from Los Angeles told the Observer during a recent phone chat. “I had never taken a class. My first class ever was life altering. I was bitten by the bug and loved the energy. But this thing is, back then, the heaviest weights in the class were ten pounds. They were like body sculpting classes or step classes, which are now such a thing of the past. So I loved the class atmosphere, but I knew it was also necessary to do the weights, so I figured there had to be a way to marry the two together.”

Mr. Jay is now the elusive namesake of the massively popular Barry’s Bootcamp workout classes. The hour-long ass-kicking led by sculptured “enter-trainers” are never the same, and have developed such a cult following that the simple moniker of “Barry’s” has earned a spot on privileged proper noun hierarchy along with Uber and Yelp. Mr. Jay’s concept was developed long before any of these existed though. “I was working out before the internet and everything like that,” he said with a laugh. “I was reading tons of magazines and going to the gym all the time. I was 120 pounds and bulked up to 160 lbs, and everyone was amazed at the transformation. I was really into it.”

Nina Agdal crushed a class of Bootcampers (including THE Barry Jay) as completely as she crushes her workouts. All proceeds of the class were donated to the Miami Children's Health Foundation. She Barry'd us! #fitfam #fitness #ninaagdal #miamibeach #miami #sportsillustratedswimsuit #victoriassecret #model. Photo credit: Seth Browarnik/WorldRedEye

He got his first shot at teaching a class at the fitness studio, where he usually stood on desk duty, when an instructor called in sick and unable to teach a body sculpting class. He then rapidly ramped up his workload to 27 classes a week until the gym shuttered in 1998. “John and Rachel, my business partners, were in my class. So, when that gym closed down, I said, ‘I have this idea to bring weights into the room, and the treadmills for running. The lighting back then was just awful too. I don’t know why, but I saw red lights, because it was back in my club days. I felt that sexy hot people would just gravitate towards it.”

@Diplo mixed it up with trainer @ethanmarinefit at Barry's Miami Beach today to close out 2014 with a bang. #diplo #fitness #fitfam

That same year, the three opened the doors the first Barry’s Bootcamp in West Hollywood, red lighting included, with the concept of monthly “academies” which require a gym-goer to arrive every day at the same time for a month-long group fitness session. “I had a lot of friends with keychains full of gym membership tags, and they never went to the gym,” he said. “So, I wanted to help those people with their fitness commitment issues. I’ve got people from 1998 who joined the academy who are still in my classes today. There was this gal in my class, who was not married, no children. In 1998 she was literally next to me when I opened up the door for the first academy class. Last week, she was in class with her fifteen year old daughter!”

Today, with 18 workout locations to his name–including two in Norway– Mr. Jay says there are no excuses. “Some mornings you know you want to go, and you should go, and you know you would feel better if you went, but there’s this voice that says, ‘Oh I could go later.’ I think that’s a huge hurdle for people,” he explained. “And consistency is key. People will get on a fad diet and work out twice a day for a month then stop. You’re better off working out for an hour a day, and having a good relationship with the food. Don’t worry about extremities.”

IT'S SWEAT-ER WEATHER! Which means it's time for showing off those guns. Look for our Summer Collection in stores all over the Barry's world. New styles throughout the season. (Note: not all styles available at all locations.) #fitnessfashion #fashion #fitness #fit #fitfam #fitspo #workout #barrys #barrysbootcamp #venice #fitnessmodel 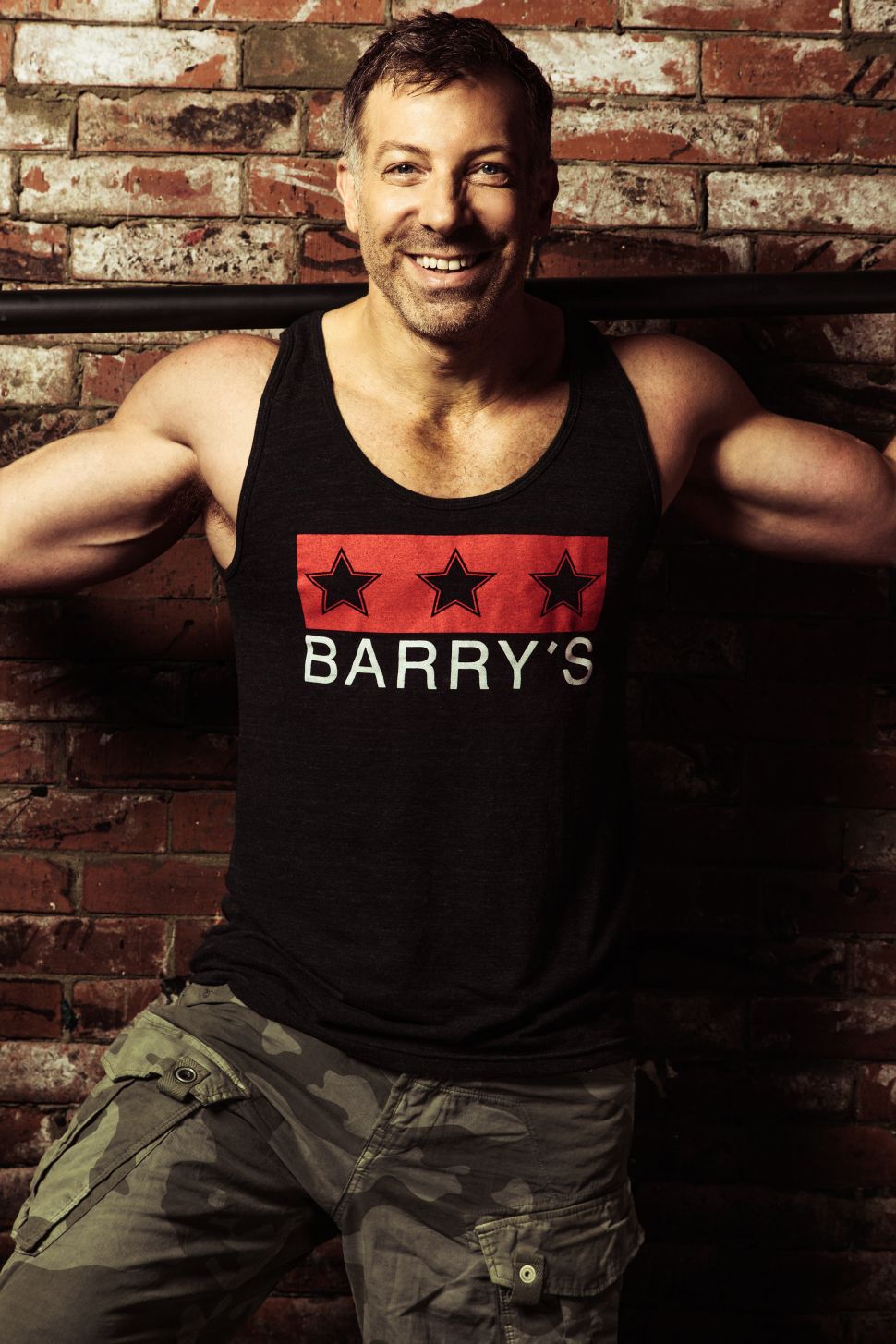