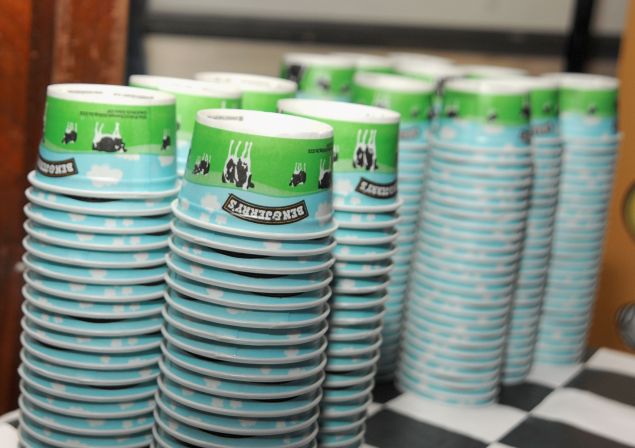 In an email sent to supporters of the progressive political group MoveOn.org, ice cream icons Jerry Greenfield and Ben Cohen asked recipients to join them in supporting the Iran deal to keep “America out of another war in the Middle East.”

Lobbyists and billionaires plan to spend over $40 million to stop the diplomatic deal with Iran—the one the Obama Administration negotiated to prevent Iran from getting nuclear weapons. That’s dangerous, because if too many Democrats listen to the flood of hawkish, misinformation-ridden TV ads—and if they vote with Republicans—they could override the president’s agreement in just about a month.

This agreement is the only peaceful way to keep Iran from obtaining nuclear weapons. And it’s a critical test for what sort of nation we’re going to be. As Senator Bernie Sanders says, “the test of a great nation is not how many wars it can engage in, it is how it can resolve international conflicts in a peaceful manner.”

Greenfield and Cohen, who are publicly supporting self-described “Democrat-Socialist” Sen. Bernie Sanders (I-VT) for president, called on their fellow MoveOn members to engage in a “donor strike” and pledge not to support Democrats who reject the Iran deal.

It may seem hard to fight back against $40 million in spending and win. But MoveOn has found a way. It’s called a “donor strike”—a pledge to not give money to Democrats who risk taking us to war, and to the party committees (like the DSCC) that support them.

We just joined MoveOn’s “donor strike”, and we hope you will too. Signing the petition takes just 30 seconds, and it sends an incredibly powerful message.

The “Cherry Garcia” inventors use key words and phrases throughout the email geared to appeal to progressive activists.

War means American women and men in uniform will die. It means tens of thousands of civilians will perish. And it means billions—maybe trillions—of taxpayer dollars (which should go to things like green energy development, health care, or schools) will be drained from the federal budget.

You know who would love that? Big military contractors and their armies of lobbyists. But the rest of us would be in deep, deep trouble.

According to the email, over 25,000 people have signed the petition. The letter also claims that President Obama is four votes shy of being able to stop the Senate from overriding his veto.

Those who fear that the ten-year deal does not provide the region long-term security might propose a new flavor to the company, known for its puns: “Iran So Far Away.” (If there are no Flock of Seagulls fans left out there, it is perhaps also worth noting that Observer writer Abby Ellin is the inventor of the flavor Karamel Sutra.)

An email request for additional comment from Mr. Greenfield and Mr. Cohen has yet to be answered; if they reply, this post will be updated. 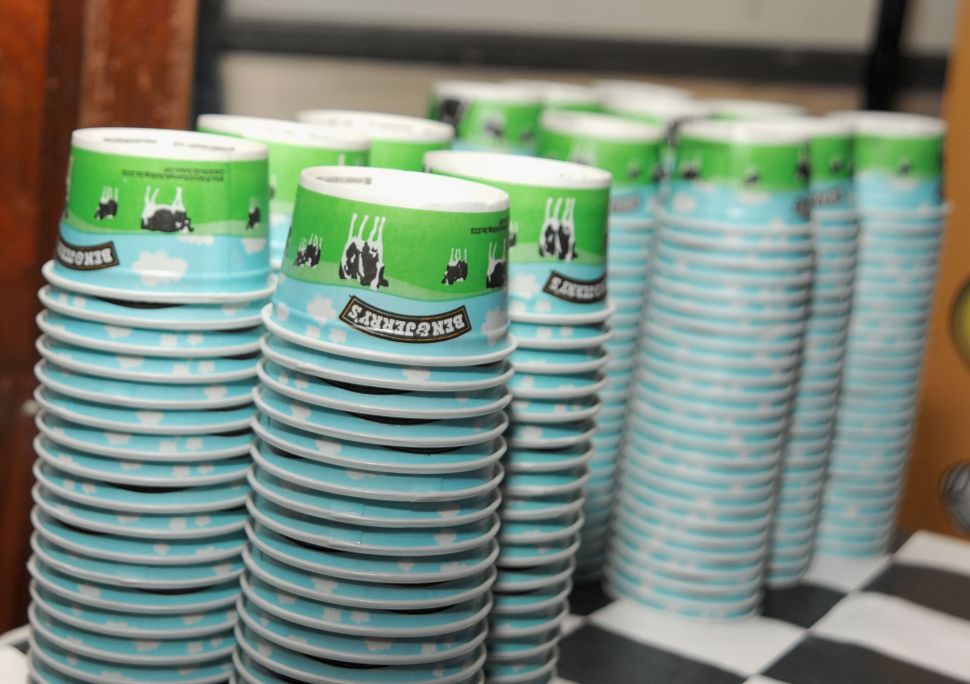