To tweet, or not to tweet—why is this a question?

Benedict Cumberbatch, currently starring in a hit London revival of Hamlet, is the latest celebrity to lose his patience with audience members using their cell phones in the theater (Patti LuPone is one of many stars who have faced this problem in New York).

Following Saturday night’s performance, Mr. Cumberbatch emerged from the stage door with a plea for all autograph seekers:

Even though the Oscar-nominated actor does not use social media himself, he clearly recognizes its power—he asked audience members to “tweet, blog, hashtag the shit out of this one for me.”

The sad part is he had to clarify that fans should do this outside of the theater, not in the the third row of the orchestra.

“I can see red lights in the auditorium,” Mr. Cumberbatch said. “It may not be any of you here who did that, but it’s blindingly obvious.”

In a welcome change from Ms. LuPone’s overly melodramatic statements, Mr. Cumberbatch spoke from the heart about how a few tech-obsessed audience members can ruin the show for both actors and spectators.

“I can’t give you what I want to give you, which is a live performance that you’ll remember, hopefully in your minds and brains — whether it’s good, bad, or indifferent — rather than on your phones,” Mr. Cumberbatch said.

The Barbican Theatre, where Hamlet is playing, is taking concrete action against cell phone users—beginning Monday night, ushers will begin throwing the mobile maniacs out of the house.

Producers in both New York and London have been trying to ways to integrate phones into the theater experience, with little success—a producer of the Tony-winning musical Fun Home wanted to put a mini cell tower into the theater lobby to encourage tweeting, but these so-called femtocells are catnip for hackers. 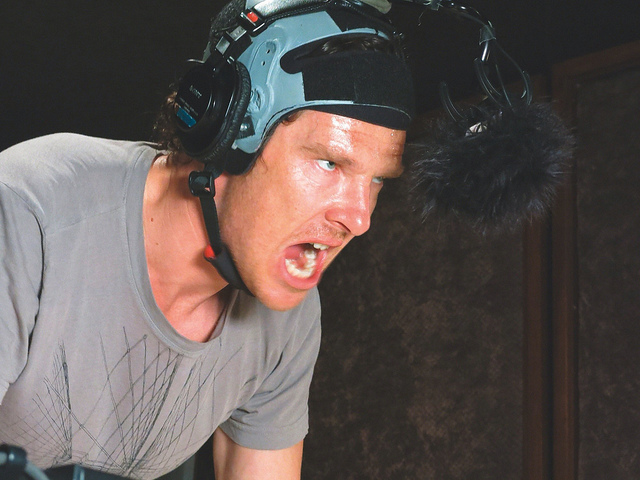