On a Yelp message board, the question “where to flirt” in San Francisco ignited a vigorous debate. Jason D. ranked funerals as the fifth-best flirting hot spot, beating out bars and nightclubs. “Whoa, whoa, back up,” responded Jordan M. “People flirt at funerals? Really? Huh. I’m not sure I could pull that off.” That prompted Grace M. to point out that “the first three letters of funeral is FUN.”

Many years ago, before I married, I had fun after a funeral, at a shiva to be exact. My pal’s elderly mother had died, and mourners gathered in her Bronx apartment for the traditional Jewish ritual to show support to surviving family members over rugelach. Given the decidedly unsexy setting—mirrors covered in black fabric, hushed mourners on a circle of white plastic folding chairs—I nevertheless found myself flirting with the strawberry blonde wearing a black dress that still revealed impressive cleavage. Linda (as I’ll call her) and I commiserated with our mutual friend, but we had not known his mother particularly well. We quickly bonded over politics; Linda worked in the field and I often covered it. When the mourners started filtering out, we agreed to share a taxi to Manhattan.

We briefly stopped at a tavern conveniently located near Linda’s apartment and ordered shots of whisky to toast our mutual friend’s mom. Though I felt a little like Will Ferrell’s character Chazz from Wedding Crashers who trolls for women at funerals, I happily hustled over to Linda’s place for a delightful one-night stand, a pre-matrimonial notch on a belt I no longer wear.

The memory of that post-shiva schtup popped up when my wife and I attended an open-casket viewing to honor David, her close friend and colleague.

David had succumbed to cancer at age 50, just seven weeks after receiving the grim diagnosis. The combination of the displayed corpse and the palpable heartbreak of his survivors proved painful to witness. Nevertheless, when my wife and I arrived home, we went to bed but not to sleep.

Mourners seek solace in different ways: some cry, some eat, some screw.

“Post-funeral sex is totally natural,” explained Alison Tyler, author of Never Have the Same Sex Twice. “You need something to cling to—why not your spouse, your lover or that hunky pallbearer? Post-funeral sex can be life-affirming in a refreshing way you just can’t get with a cold shower or zesty soap.”

A realtor I know agreed. “Each time someone close to me dies, I turn into a satyr,” he admitted, requesting anonymity. “But I’ve learned to accept it. I now understand that my desire for some warm frame to cling to, or clutch at, is a … need for physical warmth to counteract the physical coldness of flesh that death brings.”

Diana Kirschner, a psychologist and author of Love in 90 Days: The Essential Guide to Finding Your Own True Love, believes post-funeral romps can serve as “diversions” from dealing with death. Ms. Kirschner points out that funerals may be fertile ground for romantic encounters because mourners are more “emotionally open” than guests attending other social functions: “There’s more potential for a true emotional connection … Funerals cut down on small talk.”

Paul C. Rosenblatt, author of Parent Grief: Narratives of Loss and Relationships, studied the sex lives of 29 couples who had lost a child. The death of a child at least temporarily sapped the libido of all the women in the study, but a few of their husbands sought sex soon after the loss, which led to conflict. “Some men wanted to have sex, as a way of finding solace,” Mr. Rosenblatt said. “If I can’t say ‘hold me,’ I can say ‘let’s have sex.’”

Adult children struggling with conscious and unconscious loneliness after the loss of a parent are likely candidates to soothe themselves with sex, Ms. Kirschner suggested. That hypothesis evokes the pivotal scene in High Fidelity; Rob (John Cusack), the commitment-phobe record shop owner and his on-again-off-again girlfriend Laura (Iben Hjejle), passionately reconcile in her car following her father’s funeral. “Rob, would you have sex with me?” pleads a bereft Laura. “Because I want to feel something else than this. It’s either that or I go home and put my hand in the fire.”

Jamie L. Goldenberg, a professor of psychology at the University of South Florida, co-wrote a 1999 study published in the Journal of Personality and Social Psychology that examines the link between sex and death. Researchers exposed participants in the study to “death-related stimuli.” For instance, researchers asked study participants to write about their feelings associated with their own death compared to another unpleasant topic, such as dental pain. Highly neurotic subjects were subsequently threatened by the physical aspects of sex. Less neurotic subjects were not threatened. “When you are thinking about death, you don’t want to engage in some act that reminds you that you are a physical creature destined to die,” Ms. Goldenberg said. But “some people go in the opposite direction. When they are reminded of death, it actually increases the appeal [of sex]…. It makes sense for a lot of reasons. It is life-affirming, an escape from self-awareness.”

Despite that positive diagnosis, Western society tends to scorn any emotional response to death other than weeping. The Jewish religion puts it in writing, mandating seven days of abstinence for the deceased’s family. But while convention and religious rules pressure mourners to say “no, no, no,” the brain may have the last word on the matter.

According to biological anthropologist Helen Fisher, a fellow at The Kinsey Institute and author of Why Him, Why Her?: How to Find and Keep Lasting Love, the neurotransmitter dopamine may play a role in boosting the libido of funeral-goers. “Real novelty drives up dopamine in the brain and nothing is more unusual than death…. Dopamine then triggers testosterone, the hormone of sexual desire in men and women.”

“It’s adaptive, Darwinian,” Ms. Fisher continued. She regrets that such fond farewells remain taboo. “It’s almost like adultery. We in the West marry for love and expect to stay in love not just until death but forever. This is sacrosanct. Society tells us to remain faithful during the appropriate mourning period, but our brain is saying something else. Our brain says: ‘I’ve got to get on with things.’”

A version of this article first appeared in Obit Magazine. 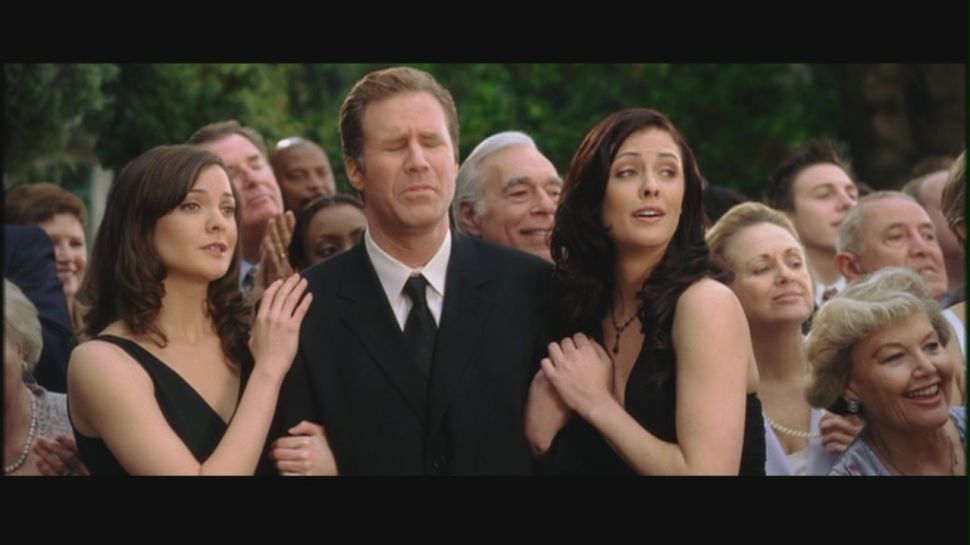