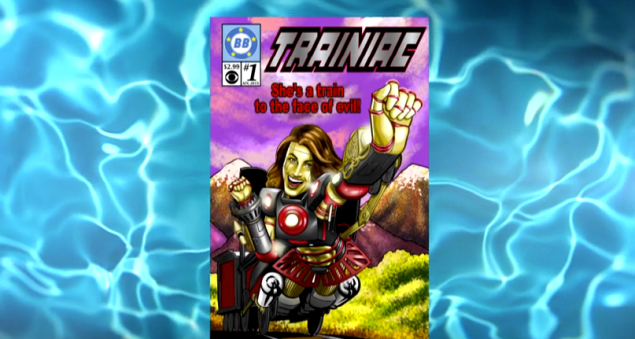 The double eviction is a major event in the course of the Big Brother season. It’s one full week of the game condensed down into a single live show. A new Head of Household is named, they have a few minutes to choose nominees, the veto is played and a vote is taken. That means that two houseguests are evicted in one night because the first scheduled vote that the week has been building up to is still on. Also, the double eviction is a surprise. Some houseguests have been speculating about it but it isn’t a confirmed happening until the live show begins. That leaves little prep time for decision-making and also eliminates the ability to campaign or pull conversational Mckayla Maroney verbal gymnastics to save yourself. It gets intense.

I almost missed last night’s episode because in New York City, CBS was airing a trash pre-season football game between the New York Jets and the Detroit Lions. Pre-season Jets football is not a major event in the course of any of the four seasons. The Jets don’t even have their starting quarterback playing because he got punched in the mouth by another player on his team. So it’s pre-season (yuck), Jets (Yuck), second string (YUCK DADDY) football. I wouldn’t miss a double eviction episode ofBig Brother for the Super Bowl, because for me, double eviction night is the Super Bowl. (Finale night is the Gold Medal game of summer Olympic women’s beach volleyball, FYI). But it’s no wonder we can’t get any solid New York Big Bro contestants if the show has to take a backseat to scrimmage football.

What a week for me. First, my favorite player Becky destroys the Head of Household competition, winning that plus $5000, plus she can’t ever be a have-not for the rest of the game. Between that comp and the veto, they aired about seventeen references to Becky getting hit in the face with a train, which remains the best story to come out of this or any season. They even made her superhero character The Trainiac. The more Becky is on my tv screen, the happier I am. Plus, when they showed Becky’s HOH room she had a picture of her and her best friend who I think is an actual giant. She was a foot taller than Becky, who is pretty tall herself. Becky’s best friend might be Brienne of Tarth.

Becky’s target all week was Vanessa. Vanessa has some sort of poker magic where she can make everyone else go all-in on some goofball idea and then take all the money in the pot while convincing the person she just snaked that she is the victim. She is like Matt Damon in Rounders and the rest of the houseguests are a tray full of Oreos. Vanessa is a human version of the part in every A-Team episode where it looks like they’re about to lose but then in the end we find out that Hannibal was in the deception the whole time. Vanessa could talk the balls off a pool table.

Becky and Johnny Mac seem to be the only ones who sees through Vanessa’s strategy. Vanessa tried to make one of her deals with Becky and my girl was like, nah I’m good. It was fantastic. And even though Becky wanted her out (and still wants her out) Shelli still went home. It was miraculous. Don’t be surprised if Vanessa walks out of the Big Brother house limping, gets to end of the block and starts walking regular and then pulls out the gold lighter that set the fire on the Hungarian ship. And like poof…she’s gone. I’m reading a book on game theory just because Vanessa said she studied it in school because I want to be able to convince my friends that they really do want to buy my drinks all night and then thank me for letting them do that.

Unfortunately, Lit Meg did not make an appearance this week. But they did play up the angle that Shelli is really excited to take Clay to New York at Christmas time, delivering her man directly into the hands of Lit Meg on her home turf at a time of the year when New York is the focal point of bad decision making. Also, I am happy because I remembered that Lit Meg won the Gronk booze cruise and that is going to be the most Lit Meg party of all time. There are like five other Gronk brothers, all of increasing size and Meg is most likely going to end up Lit Meg Gronkowski by the time the ship docks in port at the Margaritaville in Montego Bay.

James got into a solid square up fight with Clay, who has a foot on him but James ain’t never scared because he did a three year bid as a CO in prison. James continues to be a little Southern pervert, gawking at all the women in the house which feels gross to watch. But not as gross as Liz admitting she actually caught feelings for Austin. Austin’s superhero comic from the veto pegged him as being smelly, because he mainlines protein to keep his muscle mass but also it helps his hair and beard maintain that lustrous sheen of the lead singer from Korn.

Shelli got voted out and then Steve won the double eviction HOH. Steve has been getting a good amount of airtime burn because he walks around the house talking to himself. Then he goes and hides from everyone and talks to himself. His nominations were completely random to everyone except him and maybe Rain Man and so the whole house got shaken up. Meg was on the block against Jackie, which did instill a deep fear in me that Meg would not live another day to get Lit. Fortunately, Jackie was voted out. I don’t feel terrible about it because this is her second reality show run after the Amazing Race so she’s had a good amount of TV time.

Julie keeps saying that getting voted out doesn’t mean you’re out of the game, so there’s a chance somebody will return from Jury. The Big Brother Takeover twist seems to have disappeared like it was a plot point on Lost and who knows if it will ever come back. They haven’t done the HOH comp for this week so we’ll see that on Sunday along with nominations. Veto on Wednesday and another eviction on Thursday. 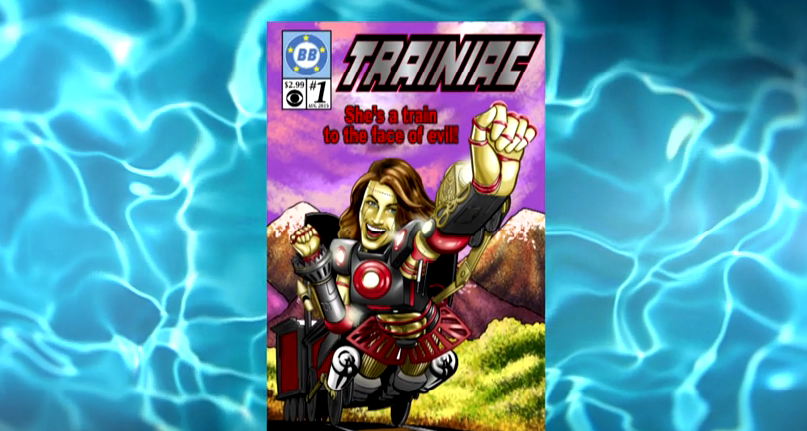