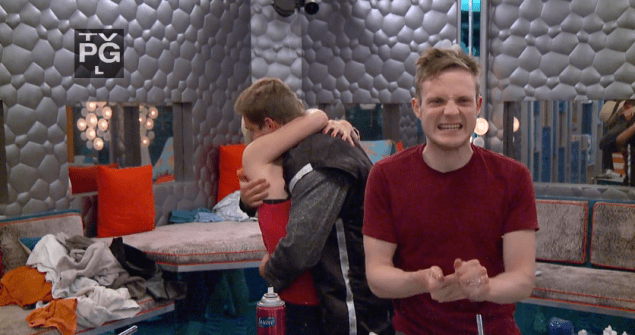 ​Everything was lit. Okay, not everything. Just Meg.

I have watched a lot of Big Brother in my day. Actually, as I discovered last week I watch about a day’s worth (24 hours) per week. I don’t claim to be an expert but I do have strong opinions that are backed up by what I see as valid points. Everyone gets something different out of their Big Brotherviewing experience. That’s one of the things I love the most about the show—it means so many separate things to a variety of people. For example, some of my friends are all about the strategy. They want to see strong moves throughout. They have little patience for anyone playing a poor game. I, on the other hand, am in it for the entertainment value. I want to see Devin pull off a string of terrible midnight moves and continually lock himself out of his HOH room. I want to see Lawon agree to be voted out because he thinks he’s going to be brought back with “special powers.” I want to see Marcellas not use the veto to save himself and then lose without having packed his bags because he was so convinced of his own safety. I want to see Jase call someone Geek Squad McGee. I want to see a Gronk takeover and then not have any houseguest know who Gronk is. So it is with great delight that a new favorite character was introduced to us this week: Lit Meg.

Now don’t get it twisted. I’m a Becky fan. She is the one I want to see win. She is my favorite. She is the one that got hit in the face with a train. Even Derrick and Cody from last season know the train story. Because it is the best story. One time I got hit in the face with a corduroy pillow during a pillow fight and had a black eye for a week. That is not a train. But I digress, as that is what Becky does to me.

As a proud New Yorker, I just want to see someone rep New York City proudly. Like Jun did in season 4. I need my city to look good. I’ll admit, I didn’t have high hopes for Meg at first. But she started to grow on me. And then Lit Meg showed up this week and it was all over. I am no longer worried about NYC. Not with Lit Meg in the house. Here is her incredible origin story:

It was a dark and stormy veto competition. Tensions were running high as this season’s showmance, Clay and Shelli, were both on the block. If one of them didn’t win the veto, they would be separated…and worst of all it would be before Jury House. (At a certain point in the season, players who get evicted are sequestered in the Jury House. It’s basically a vacation where you get to relax and hang out and drink and spend time with the other people who are eliminated—which can be awful if you hate everyone for kicking you out or it can be magical if you’re in love and need some alone time after being in a house surrounded by cameras for 50 days. Let’s say that Jury House is a prime spot for boots to get knocked. For example, all Austin cares about at this point is making it to Jury with Liz so he can make his evil wizard advances on her. But this week was just before Jury, so whoever was eliminated would have to go home and not the sex castle that is Jury House.) The veto comp had a medieval theme. I know this because Austin was mad he didn’t get to play as he is a self-described “medieval historian.” He also looks like Weird Al if he was an evil magician with the tree tattoos of Clancy Brown from the HBO series, Carnivale. Because of the medieval theme, they had a decanter of wine out. Pre-Lit Meg immediately yells out something about her and Johnny Mac getting toasted. The competition starts up an every time they show someone have their turn, the cameras cut to Meg with a glass to her lips. This is Lit Meg emerging. It’s like regular Meg got bit by a radioactive glass of wine and becomes the superhero that is Lit Meg. After Shelli is eliminated from the comp, Lit Meg yells out that she shouldn’t worry because Clay is going to be her knight and save the day. Then, when Clay is eliminated, Lit Meg hugs up on Shelli and tells her how jealous she is that Shelli has had someone fighting for her the whole time. End of origin story.

As the evening continues, it’s clear that James (who won the veto after winning HOH by making a fake deal with Shelli to keep her and Clay safe and then putting them both on the block) is going to keep his nominations the same. James, by the way, revealed this week that he did three years in prison in which he was yelled at by large men. That is an important detail to remember forever. Becky got hit by a train, James did a three year bid, Lit Meg is a god. Clay starts to campaign to keep Shelli in the game. Shelli gets called into the diary room. Lit Meg finds Clay in the bathroom and gives him a very handsy hug. Now, Clay didn’t exactly recoil in horror. He took the hug. But then he asked Lit Meg to vote him out and save Shelli. And Lit Meg teared up. Lit Meg wants Clay to stay. Lit Meg wants Shelli to go home so that she can makes a play on Clay. Lit Meg is the greatest Big Brother contestant ever. She so clearly does not care about winning that she is willing to scoop up Clay before Shelli is even voted out. If Meg makes a move on Clay, does ANYONE vote for her in the end? Does she even make it there? But so what? I respect Lit Meg more than anyone. She’s not Shelli’s friend. They’re on other sides of the house. They’re actually adversaries. All is fair in game play. Most people root for backstabbings. Isn’t all fair in love as well? Lit Meg said her and Clay had a connection from Week 1. That looked like news to Clay but who’s to say Lit Meg is wrong? If she felt it, it is real to her. Clay and Shelli were a showmance but so what? They still hadn’t kissed when Lit Meg moved in. That’s not a bonding contract, that’s junior high school playground dating when you hold hands for a week and then nothing ever comes of it. You know why? Because Lit Meg swoops in before you ever have a chance at your first kiss and MAKES YOUR MAN HERS. Scratch that. He was always Lit Meg’s she was just letting you warm him up. No kiss, no showmance. And not one of Austin’s creepshow “steal-a-kiss and have the person say they hate you after” kisses. Clay and Shelli did finally make out but it was only after their fate of being broken up was sealed.

Lit Meg hit Clay with the “I can’t wait to get you drunk in New York City, baby.” You know what happens when you get drunk in New York City? Lit Meg happens. Lit Meg has so few effs to give, she had this entire conversation directly behind Johnny Mac brushing his teeth. She didn’t even try to hide her thirst. She went for. Respect to Lit Meg. Long live Lit Meg. Only Clay wasn’t trying to get Lit Meg’d. Clay wants to be with Shelli. Never trust anyone who wears a cowboy hat in their Big Brother photo. And not just in the house but in real life, too. Originally, everyone wanted Shelli out. They wanted Clay to stay. But Clay wanted Shelli to stay. He said it was because she deserved a second chance at her dream and that is probably 30% true. But my theory is that Clay knew he would never survive in that house and make it out in pristine shape to date Shelli if he was in the house with Lit Meg. Lit Meg will not let anything stand in her way. Not half a mil, not Johnny Mac’s flossing routine, not anything. I suspect Clay arranged his own elimination to be free of Lit Meg. That way, whatever happens with Shelli after the game, they can pick up where they left off in real life at some point. Lit Meg denied, Clay out. And so the ballad of Lit Meg ends for the week. I can only hope this is just the beginning of her tale and we are in store for many more weeks of Lit Meg.

Next week is nominations on Tuesday, veto on Wednesday, and a special double eviction on Thursday, which means there will be two houseguests headed to the Jury House. It’s gonna be lit. Like Meg. 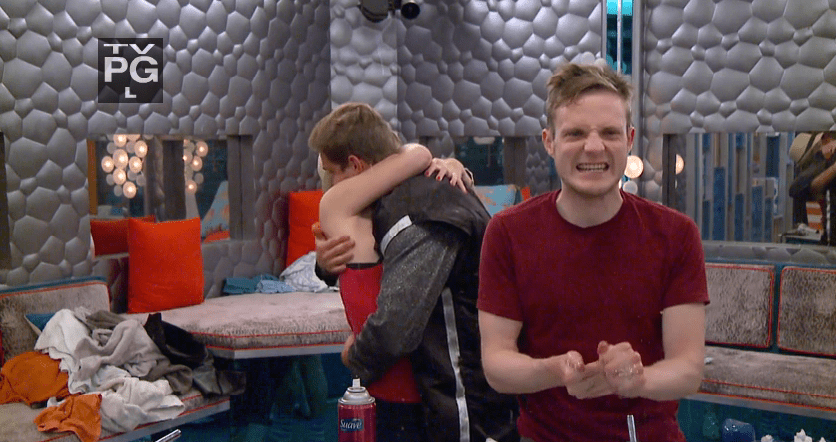