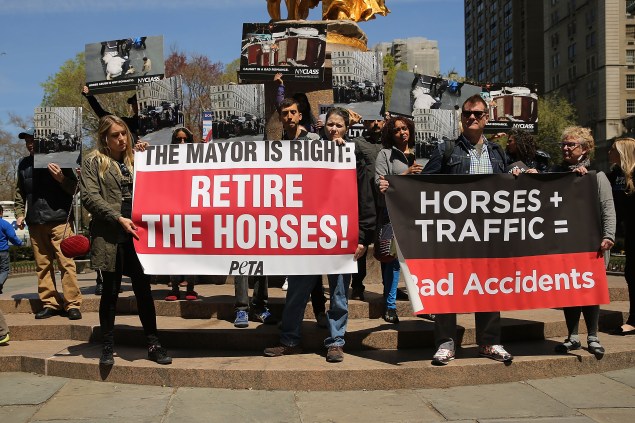 Implying that support for a bill to ban horse-carriages is waning, Mayor Bill de Blasio told animal rights activists today to “go get the votes in the City Council.”

Mr. de Blasio’s comments, made on WNYC as radio host Brian Lehrer noted that advocates had bombarded their phone lines and Twitter feed, are likely to irk NYCLASS, the powerful animal rights group who is seeking a ban.

Mr. de Blasio vowed to ban carriages from city streets on the first day he took office. Since the beginning of last year, a City Council bill was introduced with Mr. de Blasio’s backing, though few council members rushed to endorse the measure.

While NYCLASS, short for New Yorkers for Clean, Livable and Safe Streets, has long maintained horses are subject to abuse and injury when pulling carriages through congested city streets, the labor union representing the roughly 300 carriage drivers who would lose their jobs has organized an effective counter-attack. Mr. de Blaso is close to organized labor, as are many of the liberal council members considering a ban. Even with the support of Mr. de Blasio and Council Speaker Melissa Mark-Viverito, the bill has not come up for a vote and few, at this point, believe it would pass.

There is a growing fear among animal rights activists that Mr. de Blasio has no intentions of keeping his campaign pledge. When the progressive Democratic mayor makes a bill a top priority, it usually passes a City Council now dominated by de Blasio allies. It’s becoming increasing clear that Mr. de Blasio is not looking to expend great political capital–or twist a bunch of arms–to make the ban a reality. The carriage ban also polls poorly and Mr. de Blasio is looking to boost his ratings after a bruising summer.

A spokesman for NYCLASS, John Eddy, said they were prepared for a vote “immediately.”

“We are prepared for the bill to be voted on immediately as we believe we would be successful,” he said. 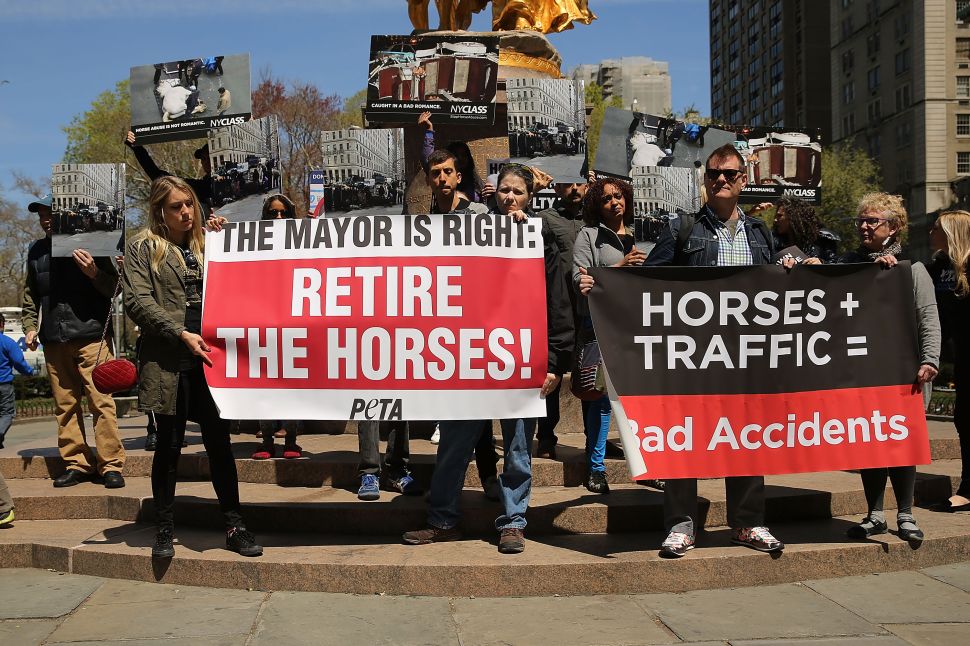