If you’re into the outdoors, you may already know about the company that built stoves that can charge your cellphones with fire. What you may not know is that they are deploying that same technology in India and Africa to improve the health of women and children inhaling buckets of smoke while preparing food over open fire.

The Observer sat down with Jonathan Cedar, co-founder and CEO of Biolite, a company that has built hardware that addresses both problems. Its business operates under what it calls “parallel innovation,” developing products for the recreational market in the developed world and for the home market in the developing world based on the same technology.

We met following up on Biolite’s Series B round of $5 million, to talk about what that means for products in the company’s two markets. We wrote more about that in our follow-up conversation, on BioLite’s business strategy.

Its core products are wood-burning stoves that generate more heat with less fuel and some electricity on the side (enough to run some lighting or to charge a cellphone or battery). Their stoves generate electricity from the fire’s heat, which runs a little bellows that forces air into the fire so it burns hotter and generates even more electricity.

‘If a municipality wasn’t going to build it for you and you needed to own all of your energy infrastructure, what would that look like?’

The stoves aren’t limited to wood, just as the company doesn’t intend to limit itself to cooking. In the end, the Dumbo-based firm sees itself as an off-grid energy company.

Biolite makes a stove for campers, about the size of a Nalgene bottle, that took off quickly in the U.S. It also makes a larger version of that stove for the developing world, so that people can cook using traditional fuels but gather less fuel, breathe in less smoke from the fires, which improves health outcomes for women and children. The World Health Organization estimates that four million people die prematurely each year from inhaling smoke from cooking fires.

As an energy company, however, it got into portable power storage and lighting over the last year with the introduction of the Nanogrid, a battery and lighting system.

This is the first of a two-part interview with Mr. Cedar. In the next part, we’ll follow up with a discussion how the company sees its business growing with its new funding.

The following interview has been edited for length and clarity.

What do you mean by “power storage,” as a product category?

Jonathan Cedar: If you look at the camp stove, it’s a cooking device and a real time charger. You put those sticks in and light them on fire and it spits out clean heat and electricity as long as those sticks are on fire. But a lot of people said: what if I wanted to charge something when I’m not cooking?

How do you separate the generation of electricity with the use of it? The simple answer is batteries.

Meanwhile, we saw that the lighting ecosystem was really failing on a couple of fronts.

One, there weren’t really good rechargeable aerial lights. In camping, lighting is really dominated by headlamps, but people wanted more social experiences. The lantern category was really underdeveloped. That was the opportunity we were going after with the Nanogrid, to make the world’s best rechargeable lantern.

What you’re carrying with the Nanogrid is a battery, and we’ve put this thin skin of light over it, without any wasted airspace. It’s far more engineering investment than anyone else is putting in. This was a year’s worth of optical engineering to build these lenses in ways they could be efficient.

That’s kind of the Biolite approach, we have a team of 20 engineers on staff, so we can start at what we call “first principles” and engineer product solutions from the ground up, rather than taking off the shelf products and re-engineering them for another purpose.

Could you explain what you mean by “edge lighting” with the Nanogrid? In your materials, you describe it as the reason it is able to efficiently deliver an even light from a compact source, but what’s the principle it works on?

‘What we also found was there was this huge value gap in the emerging markets between these $40 odd single lanterns and what people really wanted, which was multi-room lighting.’

JC: So fiber optics are the best example of the physical principle of total internal reflection, where you can send light through a plastic or glass layer without losing any of it. What we do in a really controlled way is let little bits of lights out over the length of the lens, so the result is a large even surface of light that’s efficiently distributed.

I mentioned this gap in camping lighting, but what we also found was there was this huge value gap in the emerging markets between these $40 odd single lanterns and what people really wanted, which was multi-room lighting.

The battery is the expensive thing. The little points of light are cheap. So this idea of networked lighting is what we call the Nanogrid.

Can you tell us about setting up the distributor network in one of your newer developing world markets? It seems like it would be challenging in places without a robust logistics or retail system.

JC: It’s through partnership that we make our end user transaction. We work with trusted distribution brands that have long term customer relationships.

So in northeast India, in the state of Orissa, we sell our products through a distribution partnership with a group that has seven or eight thousand rural agents that are based in local villages.

It’s a solar lighting company called Greenlight Planet. They are one of the very best solar lighting manufacturers, but they’ve been especially innovative in building the distribution, building those local relationships and doing it in ways that reaches the last mile customer.

It’s like the Avon model of selling. It’s peer-to-peer. There we have these agents demonstrate our products in their village and neighboring villages, so the customer also knows that this is someone who’s going to be around. There will be a long term presence. We’re really piggybacking on a channel that’s been very well established for solar lighting, but we’re the the first stoves to be sold in that channel.

These guys really know how to sell lights. You show up at night and turn them on and they virtually sell themselves. We had to figure out the right time of day to show up and what to cook when demonstrating cooking.

Our sales people bring around these flip charts that we’ve developed. They show problems that are familiar. Such as, “What if there’s a technology that uses half as much fuel and doesn’t make your eyes burn while cooking?”

‘That’s kind of the Biolite approach, we have a team of 20 engineers on staff, so we can start at what we call ‘first principles’ and engineer product solutions from the ground up.’

We’ve worked on what is the narrative that communicates the benefits of our product, and that’s taken a lot of iteration. We’ve also had to figure out problems like, lights are compact and a salesperson can carry a bunch over the shoulder. Stoves are bulky; you need special containers built for mopeds that let you carry two at once.

Ultimately we sell in partnership, but to solve these kinds of problems  we put together a full Biolite team to support that partner in the country, in their local language.

Are there new products in the works that you can talk about now?

JC: In the recreational market, we’ve got some products that are going to be expanding the scale that we can deliver lighting and power storage. From things that are much more day-to-day, commuter-pocketable, up to scales where we can be your power center for a small cabin.

We’ll have new product launches that will start in January and go throughout 2016.

We’ll be expanding our product portfolio by 60 or 70 percent in cooking, charging and lighting, and some of that is what our recent venture investments have enabled the company to do.

Looking down the road, we see other problems like refrigeration and clean , but we haven’t had time to focus on those yet. This is all in service to, if a municipality wasn’t going to build it for you and you needed to own all of your energy infrastructure, what would that look like? 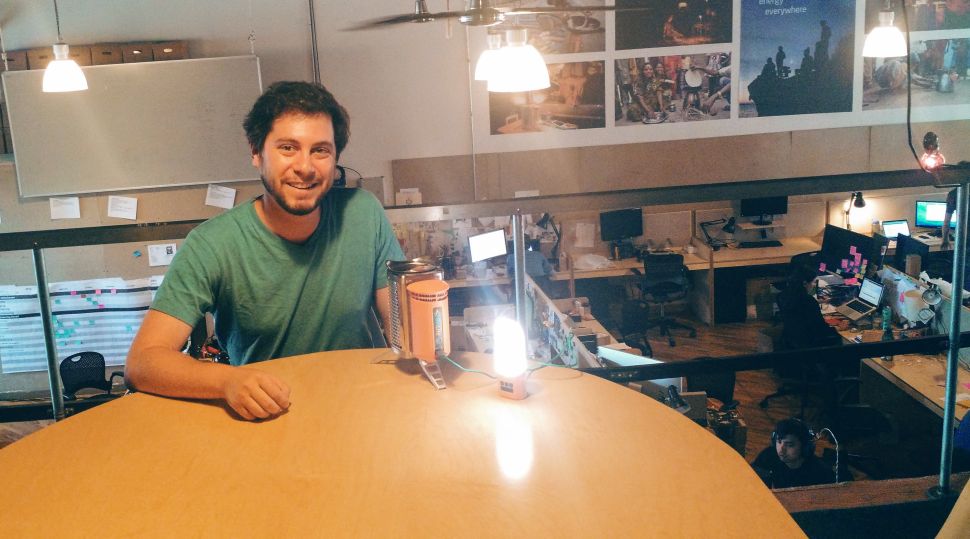