Philip Perkins got his start as a senior engineer for Bloomberg, negotiating technical mergers for the company. But after five years, he wanted a new start.

“I’ve always been an entrepreneur,” Mr. Perkins told the Observer. “Ultimately I decided to go off on my own and start working on something.”

That “something” was Qork, a location-based social sharing platform which launched in January. Though Mr. Perkins and his partners were proud of how Qork turned out, they had trouble finding a proper niche for it until they started including local news as part of the app.

“We decided to double down on that concept,” Mr. Perkins said. “The idea ran so quickly that we decided to completely rebuild it.”

The rebuilt news app, now called Blockfeed, is being released today for iOS and Android. Blockfeed is an aggregated stream of local news stories, but with a twist: the stories are tailored to the user’s location, thus tackling the main problem Mr. Perkins saw with other news sites.

“Local news is not presented in the optimal way,” Mr. Perkins said. “It’s relevant when it’s close to you, but major news sites are not location-driven.”

Blockfeed geographically coordinates each one of its news articles for relevancy—it utilizes a map function on which users can search specific areas for news, and sends a notification when a story breaks within 2,000 feet of a user’s location.  It also includes some social utilities, such as the ability to comment on articles and archive stories.

The app is also unique in that it culls from all media sources, including daily papers and local blogs.

“We can build you a newspaper for your area,” Mr. Perkins said.

Small blogs are of particular value to Blockfeed—Mr. Perkins hopes that increased readership for these sites will prove their value to the community.

“We really love these local bloggers,” Mr. Perkins said. “They’re operating on minuscule budgets, and we want to reward these journalists for doing what they’re doing by raising their visibility.”

Blockfeed is currently only available in New York City—the beta version of the app mapped over 11,000 stories in the city during the month of July.

Mr. Perkins said he wants to prove that Blockfeed is a viable news source in the Big Apple before exploring other cities. Expansion is a possibility, however, if a city’s media landscape is active enough.

“It would depend on how vibrant local journalism is in any given city,” Mr. Perkins said. 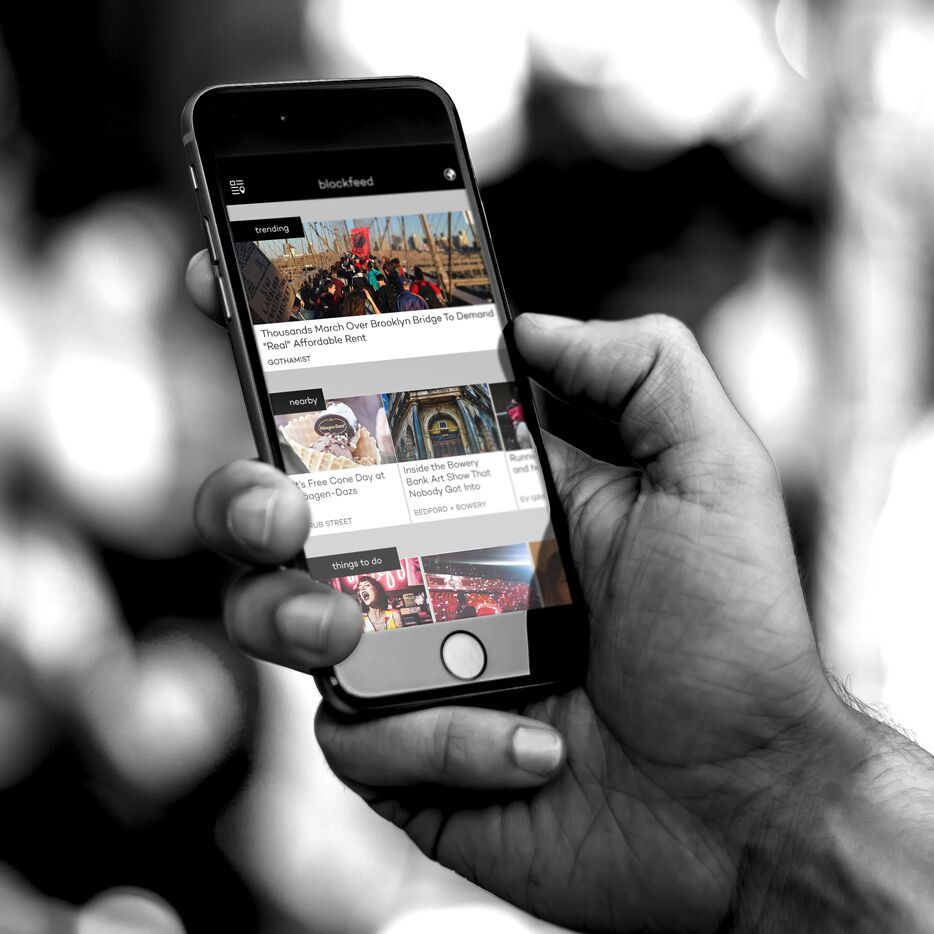