A nightclub owned by the scion of a major New York art gallery has allegedly been the site of two violent incidents against women since May. But the art dealer in question alleges at least one of the incidents may be tied directly to repeated attempts to extort and embarrass the club owners and damage the business’s reputation.

Meanwhile, as the events hash out and the police investigate a rape that allegedly took place in the bathroom of the Lower East Side bar last week, various parties have turned to social media, leaked security footage to the Observer, anonymous emails, forwarded private text messages or threats of legal action to bolster their various cases.

Max Levai is the son of Pierre Levai of the prominent Marlborough Gallery, which represents such well-known artists as Richard Estes, Dale Chihuly, and Rashaad Newsome. As the second generation of a powerhouse gallery, the Director of its Chelsea branch and a gallerist responsible for some of its buzzier shows, the younger Mr. Levai is something of a prince of the art world, with a high social profile, a regular at art fairs and events from Moscow to Miami.

Mr. Levai is also one of three co-owners in Happy Ending at 302 Broome Street, a Chinatown-area bar, nightclub and French restaurant. (History has it that the club is in the former headquarters of a massage parlor of the same name.) The trio re-opened the club last fall: it has since received much media coverage and has been the site of some notable art-world events including a recent one celebrating the re-release of a film starring Jean-Michel Basquiat, Downtown 81.

Mr. Levai is not accused of having been involved whatsoever in either incident at the nightclub. And he was in Aspen when the second incident took place, according to a spokesman. He has been tied publicly to the events only due to his co-ownership of Happy Ending and high profile within the art world.

On July 28, a young woman alleges she was drugged and raped in the bathroom by a Happy Ending bus boy/bar back. She posted extensive details of her experience and of an unpleasant follow-up with police and at the hospital on her Facebook page, publicly, on July 31. She has since detailed the incident to Gothamist.

The woman, a 25-year-old who the Observer would prefer not to name, is an employee at Danziger Gallery, a well-regarded photography gallery in New York. The police are investigating.

A third party provided the Observer with security footage from the night in question which does appear to show the young woman kissing and embracing the employee she later accused of raping her in the bathroom. That does not in any way refute or repudiate her charges.

A representative for the club released a statement: “Happy Ending takes these allegations very seriously. We are cooperating with the authorities, and the employee in question was fired immediately that evening when management was first made aware of the situation.”

The second incident occurred last May, as the club manager, Teddy Perweiler, was accused of assaulting an ex-girlfriend, Julia Fox, an investor in Happy Ending and a fashion designer, and destroying her phone, according to the New York Post. Both were, at least temporarily, barred from the club. In July, the case was adjourned ‘in contemplation of dismissal’ and he was ordered to pay $600.

In recent weeks, the front of the club has been defaced with phrases such as “Woman Beater.”

A fourth party has provided the Observer text messages that appear to imply that Ms. Fox was attempting to generate increased press coverage of the recent alleged rape to embarrass the management of Happy Ending.

Reached by telephone in New York, Ms. Fox, co-founder of FranziskaFox, a design line featured in Elle.com, WWD and Town & Country, declined to comment other than to say that, as an investor in the club, she has reason to believe the alleged rape was not an isolated incident. She also said she has never met the woman who is alleging that the rape took place.

Max Levai, in an email to the Observer, noted the May argument between Ms. Fox and ex-boyfriend Mr. Perweiler, then the club’s manager, was “an event symptomatic of a long-term romantic relationship gone sour” and that it was unfortunate that the relationship “unraveled on the premises of Happy Ending.” He added: “To resolve the issue of Ms. Fox’s investment, we offered her full investment in the club back, but in return, she has demanded nearly double the amount and utilized harassment via text message, e-mail and social media, both towards the gallery and me personally.” Once source familiar with the matter has put Ms. Fox’s initial investment in Happy Ending at $25,000.

Later, an email was sent to the Observer noting attorney Stanley Arkin has been retained by Mr. Levai. His office said, “It would appear that Ms Fox is engaged in maliciously publishing and disseminating false or misleading public statements in order to extract substantial undeserved money from Happy Ending and Mr. Levai.”

Further, earlier this week, the Observer has been contacted anonymously by someone identifying themselves as a “female artist” who charged—incorrectly—that Marlborough Gallery represents no women artists; together with the incidents that occurred at his club, this was supposed to indicate that the art dealer Mr. Levai is misogynist.

The Marlborough Gallery, founded in London in 1946, has three operations in New York (midtown, Chelsea and Broome Street). It has had a scholarly reputation and is perhaps best known for its expertise in large sculpture. Many of its artists have been featured on the Park Avenue meridians; Marlborough arranged the current show of the works of Santiago Calatrava. 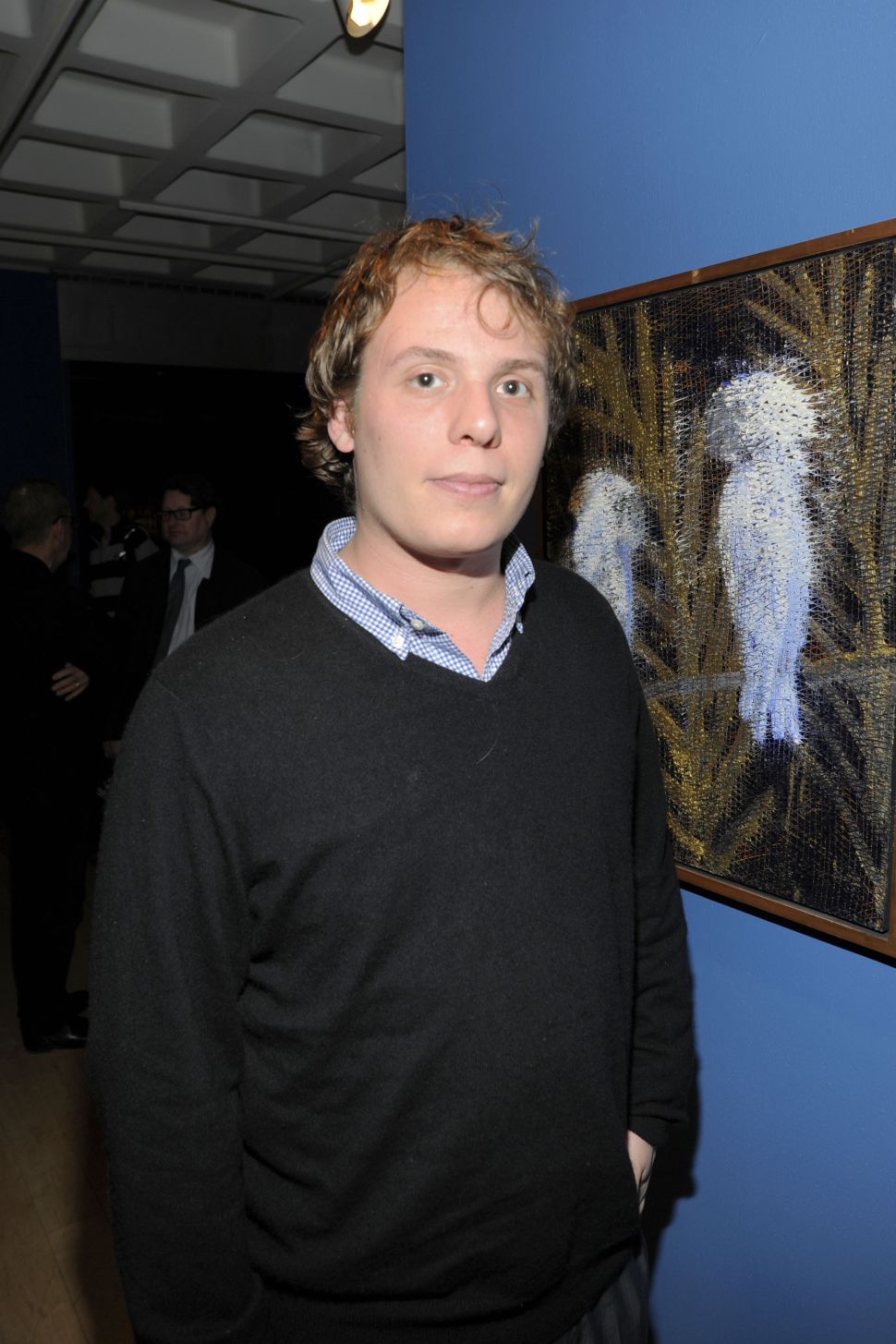