According to the courts in California, as long as the police in Los Angeles use surveillance equipment to look for any kind of crime, they can hold onto any information they pick up—even about people under no suspicion—and the public has no way of knowing what the police know, how they got it or what they are doing with the information. This has come to light in a fight, now in its third year, over license plate tracking in L.A., but its implications extend to surveillance cameras, cell phone surveillance and facial recognition.

The license plate issue, at least, will be revisited soon. The Supreme Court of California has approved a petition to consider the broad exemption from public review that police there currently enjoy, specifically in the case of automatic license plate readers that create a massive database of which cars pass by police cameras, where and at what time. The practice is widespread.

Cameras in Los Angeles are constantly tracking license plates. Ostensibly, they are looking for stolen cars or cars owned by suspected criminals; however, the systems make records of all the cars that pass by. Privacy advocates have sued to get a complete set of one week’s worth of license plate records made by L.A. police and sheriff’s offices in order to better understand how much data police are hoovering up about people under no suspicion of a crime.

Take the subway: the police are tracking your car

The data was requested by the Electronic Frontier Foundation (EFF) and the ACLU of Southern California, under the California Public Records Act. When it was denied, the organizations went to court.

The law exempts records made under a criminal investigation, which would sound like it would mean an investigation into a specific crime. It doesn’t. In 2001, the California Supreme Court wrote in its ruling in Haynie v. Superior Court (County of Los Angeles) (2001) that it didn’t matter whether police were investigating an actual crime or not.

Public records rules would apply to things police do, such as public education or crime prevention, the court wrote. So if you want to know which schools the LAPD gave “Just Say No” talks in, you’re in luck, but forget it if you want any sense for how far the police state has gone.

In denying the EFF/ACLU petition, the appellate court wrote, “Contrary to Petitioners’ implicit contention, our Supreme Court has repeatedly rejected the notion that a ‘concrete and definite’ prospect of enforcement must be shown to exempt records of investigations from disclosure.” In other words, it doesn’t matter if the record create is about someone under no suspicion of a crime. If it was collected in the course of even sort of investigating anything, its exempt from public record requests.

Jennifer Lynch, an attorney at EFF, wrote on her blog, “The lower court ruling could apply to data collected by other forms of surveillance systems, like body cameras and dash cameras and drones—information the public needs to see to assure police accountability.”

In other words, police could, one day, set up facial recognition cameras everywhere, logging everyone who passed by them. As long as police argued that the cameras were looking for wanted criminals, though, there would be no way for the public to review those records or, importantly, what cops are doing with it.

Here’s the timeline of the case so far:

When the L.A. Superior Court ruled with the police last year, one provider of this kind of technology, Vigilant Solutions, argued that it was the right move, because the data, if made available, could be used by criminals to endanger citizens. Which may suggest that gathering and holding onto so much data is itself dangerous.

Vigilant further argues that citizens are protected by the Federal Drivers Privacy Protection Act of 1994, which says that police can only match up anonymously collected data about drivers in the course of the investigation of a specific crime. So, L.A. police are forbidden from matching up license plates their cameras identify with the names of license plate holders, unless that license plate or name is under a specific investigation.

But no one has a way of checking to make sure that the police are abiding by those rules.

The Oakland Police aren’t quite so guarded. Ars Technica submitted a public records request there and got a hold of three years‘ worth of data, which it reported on starting in March. It found that only 0.16 percent of all plates spotted were hits on any of the police’s hot lists of wanted or stolen cars.

UPDATE: A previous version of this story incorrectly stated that the vendor for the license-plate reading technology in Los Angeles was Vigilant Solutions. August 12, 2015 3:36 PM. 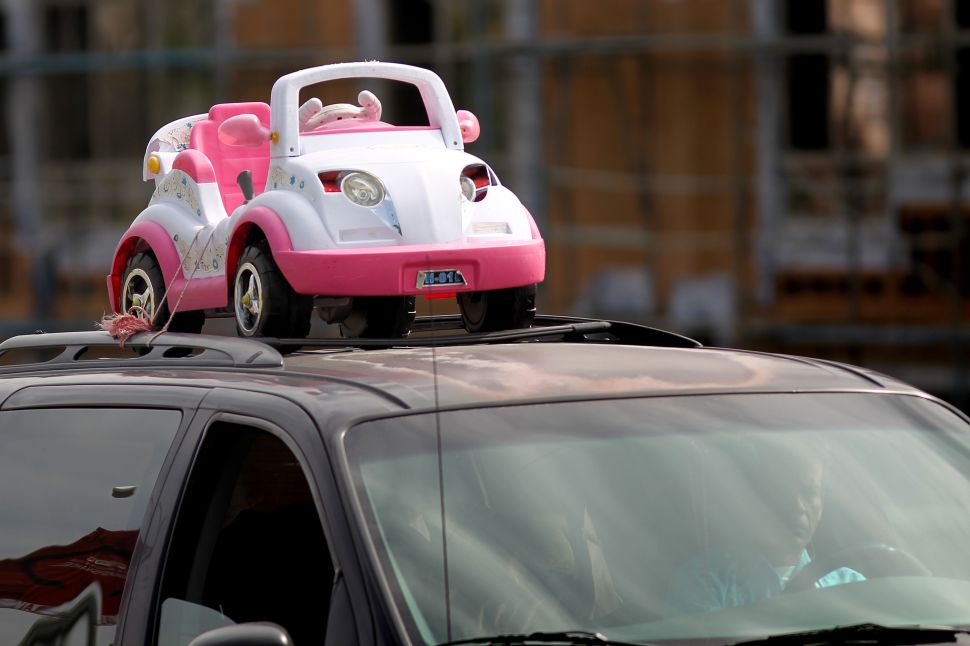