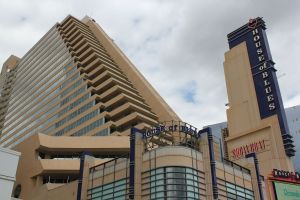 Following Superior Court Judge Julio Mendez’s ruling last Monday that Stockton University is free to part ways with KK Ventures and seek a new buyer for the shuttered Showboat Casino Hotel, the fate of the public university’s push to expand into Atlantic City’s tourism district is unclear — and so is the role a new Stockton campus might play in the city’s recovery as it attempts to diversify its economy.

The university had intended to turn the former casino into a full-scale campus. Though Stockton is caught in gridlock between a deed restriction that mandates the property’s use as a casino and another that specifies its use as anything but a casino, Senator James Whelan (D-2) believes that it has a good chance of competing against lingering ultimatums from ailing casino companies as a public university.

Whelan is hoping to remove the impediments to a new Stockton campus in the district with a bill that would nullify casino deed restrictions on properties owned by a public institutions.

Referring to the ongoing bankruptcy proceedings at Caesars Entertainment and Trump Taj Mahal, Whelan said that the outcome for Stockton will depend on “whatever court battle takes place between Caesar’s on one side and Carl Icahn, Trump on the other side and Stockton in the middle. It could literally be a matter of years where you have a vacant building Stockton is paying for.”

The Asbury Park Press reported that the cost to Stockton of maintaining the empty building is a staggering $400,000 a month.

Saying that Stockton’s ongoing push for a new campus in Atlantic City constitutes a “compelling public interest” and that his discussions with the university’s officials suggest continued interest in building a new campus inside the tourism district, Whelan added that he “can’t imagine another educational institution coming in and trying to do what Stockton did” with the Showboat property.

The Mendez ruling is one more step toward undoing a deal gone wrong, and has removed a hurdle in Stockton’s effort to expand and become a new generator of economic growth for the former gaming capitol. However, executive director of Rutgers’s Senator Walter Rand Institute for Public Affairs Gwendolyn Harris says that even if Stockton does get out from under the Showboat debacle and build a new campus elsewhere in the city, university infrastructure will never be a panacea.

“Nevertheless,” said Harris, “higher ed has served as the fulcrum to rebuild declining communities by ensuring active, productive use of land, buildings and facilities; two, by providing an environment for innovation between the university and the business and government communities; and three, the more higher education opportunities a region has the more likely graduates will remain in the region to participate in the local economy.”

Whelan believes that Stockton’s purchase of the former Showboat was an unwise choice because of its location, but agreed that a new campus in a different location could yield new long-term residents and tax-payers.

“That location you have Taj Mahal on one side, Revel on the other side, the ocean in front of you, and right now empty ground on the other side of you,” said Whelan of the Showboat building, adding that a more central location closer to more amenities and fewer territorial casinos could be Stockton’s best way out of the stalemate and Atlantic City’s best chance to benefit from a new campus.

“People do spill over, if you will, from the campus whether they’re graduates or graduate students or people who work there, and that’s to the benefit of the institution and the city,” said Whelan, pointing to the examples of the University of Pennsylvania and Temple University’s surrounding neighborhoods in West and North Philadelphia. Both areas have seen substantial change over many years as the two universities have expanded and brought new residents in.

Though Stockton’s bungled plan to turn the Showboat into a towering, fully equipped campus in the heart of Atlantic City’s gaming enclave is not the only proposal on the table for new investment and redevelopment in the district, Montclair State University political scientist Brigid Harrison says that it is the only large-scale organization to bring something new to the conversation about redevelopment in the city.

Harrison had previously told PolitickerNJ that she found the tack of turning Atlantic City into a family-friendly resort misguided and a mere continuation of the last decade’s failed initiatives to create new allure for outside investors. Revitalization efforts so far have focused on convention space and wholesome tourist attractions such as the water park that will open on the former grounds of the Atlantic Club Casino Hotel.

On the benefits of bringing a new full-service Stockton campus into the district, Harrison said “it seems to me that having an Atlantic City campus is really in keeping with Stockton’s mission. It traditionally has brought high-quality education to first-generation college students. So in my mind, it did look like a natural path for expansion.” Harrison is herself a Stockton alumnus.

“It would enable them to expand into a new market in South Jersey without having to finagle around the pinelands’ restrictions on building,” said Harrison, referring to the protected lands that surround the existing campus in Galloway.

“More importantly for Atlantic City, having a Stockton campus offers a diversity in the economy. It will bring working people into the city who will create demand for goods and services, whether that’s parking lot attendants or places that serve salad for lunch. But also, it provides a mechanism of upward mobility for Atlantic City’s residents,” said Harrison, adding that a new campus would offer disadvantaged students access to four-year degree programs without requiring them to commute by car.

A source close to Atlantic City redevelopment efforts told PolitickerNJ that he had his doubts about the good a new university campus would do for city or county revenue, pointing to Rutgers’s long-time inability to spur economic growth in Camden and New Brunswick. The source added that those campuses enjoy close proximity to Philadelphia and the suburban strongholds of North and Central Jersey, something that Atlantic City ’s relative isolation would not offer to any future Stockton campus.

With another source describing Standard and Poor’s decision to downgrade Atlantic City’s credit rating from “BB” to “B” as a a “nudge” from creditors who have yet to see a viable plan for action from emergency manager Kevin Levin, it is possible that clearing the path for Stockton may offer Levin and EY a clear foothold in bolstering lenders’ confidence.

Political scientist Ben Dworkin also emphasized the need for decisive action following the downgrade, saying “[the] downgrade only reinforces the significant challenges that the state is facing with the future of this major tourist destination. There are many parties involved that need to be motivated in order to find out the best way forward.”

Reuters reported last week that the emergency management group, headed by Levin and staffed mostly by members of Ernst & Young LLP, has billed $1.7 million to the state so far to conduct research that has not revealed substantive new information or led to any new policy recommendations.

One source echoed the accusations in Reuters’s report that the appointed emergency management group has done too little so far to make new development easier, and has offered neither public nor private solutions to the Atlantic City’s dependence on gaming revenue.

While all parties agree that rapid diversification will be essential as the city goes moves away from its gaming, there is disagreement about best way to encourage the new while shoring up the old. Though Senator Whelan has argued that it would be the least objectionable option for ensuring stable revenue streams, district Republicans have said that Senator Stephen Sweeney’s (D-3) proposed payment in lieu of taxes bill for Atlantic City casinos will discourage new investors from claiming a stake in a city whose leadership offers preferential treatment to a single failing industry.

“If you talk to [Atlantic City Mayor] Don Guardian, he’s the first to acknowledge for his term to be successful, he knows that he needs to diversify the economy and that the days of having this one-company town are over,” said Harrison, adding that the perception of new blood in the city’s economy could provide its own momentum for improving creditors’ confidence and offsetting the impact of the city’s junk bond rating.

The new Stockton campus may bring long-term benefits as a public institution that can skirt bureaucratic roadblocks and attract long-term residents, but can it serve as an anchor for new businesses that pay into city and county tax coffers? Although it won’t be able to reverse the district’s fortunes on its own, offering at least one sign of a more economically diverse Atlantic City to come may be the greatest gift Stockton has to offer. 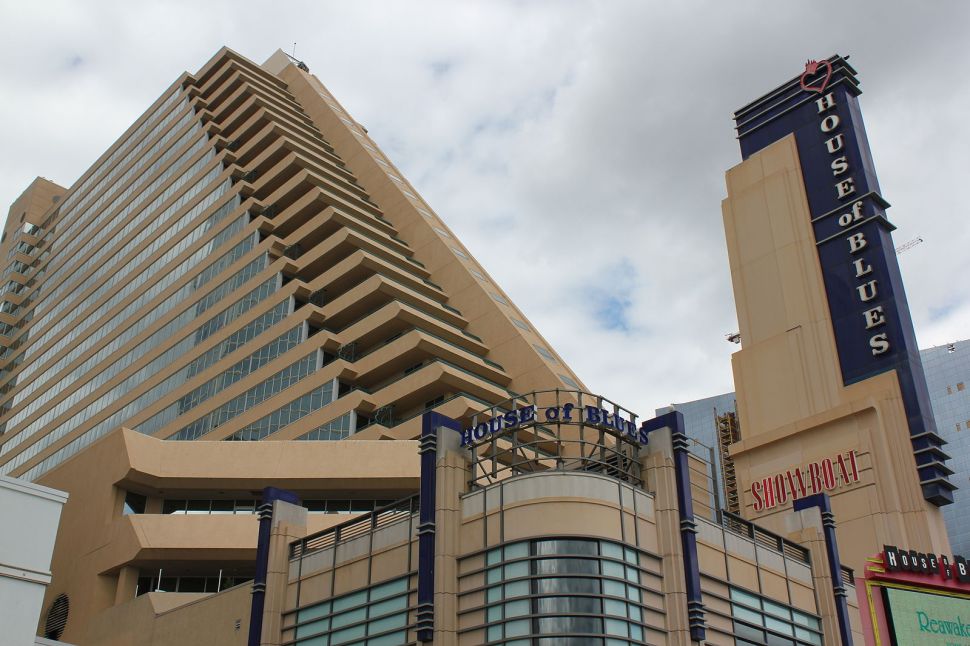