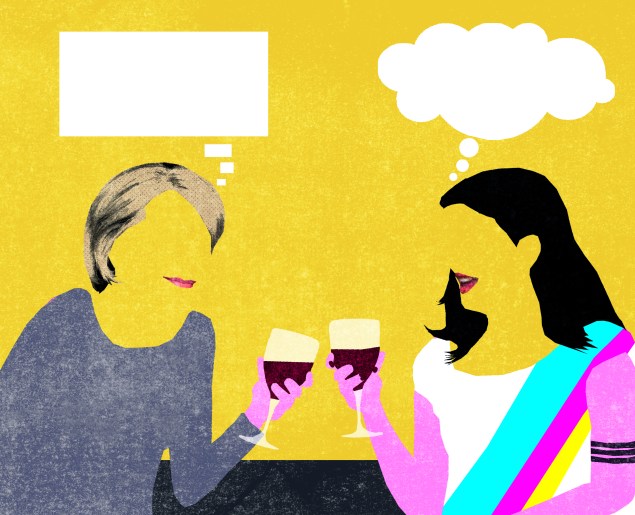 Most people have friendships that range over a 70-year span, according to an informal survey of my Facebook friends.

“My oldest friend is 91 and my youngest is 20,” reports one friend.

Another friend claims that her oldest friend is 90 and her youngest is 5, and another, besting them all, says, “My oldest friends are long dead. My youngest haven’t been born yet.”

All of which kind of makes me feel like Bill Hader in Trainwreck, challenging Amy Schumer to prove she has black friends by showing him their pictures on her phone. And sure enough, a quick survey of my friends’ online photos portrays them grinning at parties and dinners with buds who are almost exclusively their own age, not palling around with geezers or college students.

It’s cool to have friends who are different from you: Witness Larry and Leon, Elliot and E.T., Harold and Maude. Yet I can’t help but wonder: Can old people and young people really be friends?

Maybe both, but I’m going to bet that most of us tell our much younger and older friends about our trip to Sicily while we reveal the messier details of our lives mainly to our contemporaries. That may be because people our age tend to be going through the same things as we are and so seem most likely to empathize, while those a few decades older feel kind of ickily like Mom or Dad, while those significantly younger could be our kids—not exactly an invitation to true intimacy.

“It’s been really important to me to have friends who are different ages than me in both directions, partly because of the work I do,” says Peggy Orenstein, who wrote the groundbreaking nonfiction book Schoolgirls and is now at work on a book called Girls and Sex. “I’m constantly interviewing younger women—first 10 or 15 years younger and now 30 years younger—and it’s always been important to me to have older female friends who had lives more similar to mine than my mom’s was.”

Despite her conscious effort to make age-diverse friendships, Ms. Orenstein says, “The bulk of my friends are within seven years of my age. And I think of anything from the mid-40s through the 50s as being my age.”

My close friends are mostly my age, too, defined more generously all the time, especially on the younger end. But does “my age” mean my chronological age or the age that corresponds with where I am in my life? I have fully adult children and a 35-year-long career, which makes me the same age as people who are playing with their grandchildren and selling their businesses. But I started publishing novels only 10 years ago, which means I’m the career contemporary of people in their 40s, and I run a website, which skews even younger.

And then I recently became single and moved to Los Angeles and started writing TV comedy pilots, which makes me about 23. A very crusty 23.

All this gets confusing in terms of making new friends, which I am in the unenviable position of having to do. The people my literal age usually have full friend rosters and, even if they are willing to scooch over and make room for me, tend to have very different lives from mine. They have, basically, the life I used to have: Spouse, house, extended family, neighbors they have dinner with every week, friends they’ve been close to since their now-grown kids were in nursery school.

I am ashamed decades later by my age snobbery in repelling the friendly overtures of an older (in her 50s, probably) businesswoman who basically got me my job at Glamour magazine, and by a neighbor couple who very kindly invited my young family over for a welcome drink when we first moved to London. I’m sure I was polite on the face of it, but I resolutely did not return their invitations and began avoiding their calls.

I can tell myself I’m cooler, more of an equal of the vibrant young than those people were, but that’s bullshit. There’s a parental element that often squats in the middle of older-younger friendships that made me uncomfortable then, and now makes me uncomfortable from the other side.  I want to give my younger friends professional advice and buy their cappuccino and hold their babies. On some level, I feel like I need to offer these things to make the young want to be my friend. But at the same time, I often feel that mother-child, mentor-disciple, giver-taker dynamic getting in the way of true friendship, no matter which side of the age divide you sit on.

My new friend Cordelia worked for years in the entertainment industry with colleagues who were mostly a few decades younger than her, and she says those relationships got exhausting. Younger work friends want you to introduce them to your connections, to brainstorm their career direction, to pay for lunch. But often do not even dream of reciprocating—or even freeze you out when their career is blossoming and yours is on the wane.

The shiniest friends are those who make you feel best about yourself, and that’s most easily done with people who are very much like  you. One of the most appealing (and stultifying) things about the suburbs is that most of the other adults you encounter are middle-aged, married homeowners and parents. Sure, there’s the gay couple, and the Muslim couple, and the interracial couple, but at the heart most of those people reflect back and affirm your own mortgage-paying, leaf-blowing, yoga-posing self.

Age is just one factor that plays into friendships this way, notes another new friend (Yay! That’s two!) Danielle, who’s actually 34, which is two plus years younger than me.

“You’re in this friendship bubble with other people who have graduate degrees who are middle class who like Jon Stewart, who are leftie arty but not wild and crazy but oh, they read Proust. When you leave that bubble, you feel your own differences in a way that’s not always positive, like when I worked on a feminist radio show with a lot of older lesbians, I felt like a white bougie breeder person.”

Yet friendship across the generations has its positive aspects, says Danielle.

“When I talk to my mom, she wants me to be a friend but there’s a lot of judgment,” she says. “But when I talk to you, I reveal normal things I would to a friend and that’s really nice.”

Agreed: The upside of leaving your bubble and reaching out across the age divide is finding acceptance by people who see you as an individual and not just a reflection of themselves. There may be more natural barriers to friendship between older and younger people, yet more satisfaction when those barriers come down.

“When my young friends were even younger, in their early 20s, I was more circumspect about my life. I felt it was age inappropriate to be too open the way I would be with a peer,” says Peggy Orenstein. “But once they were out of college and in the adult world, I would consciously let that barrier drop.”

It was funny: Earlier today, when I was in the middle of writing this piece, my phone rang and it was my 93-year-old … well, would I call her my friend? Not really, but I’m not sure what else to call her either. The mother of a childhood friend I last hung out with in eighth grade, Mary doesn’t even seem to remember me or my family that well. She just wants to reminisce about the neighbors we once shared, the houses and the streets we both knew so well.

Would I call her to strategize the sale of my new book or even to get some maternal sympathy? No. Am I happy she fosters our strange friendship? Absolutely.

As we were hanging up today, she thanked me for talking to her.

Now if I can only figure out how to get a picture of her on my phone. 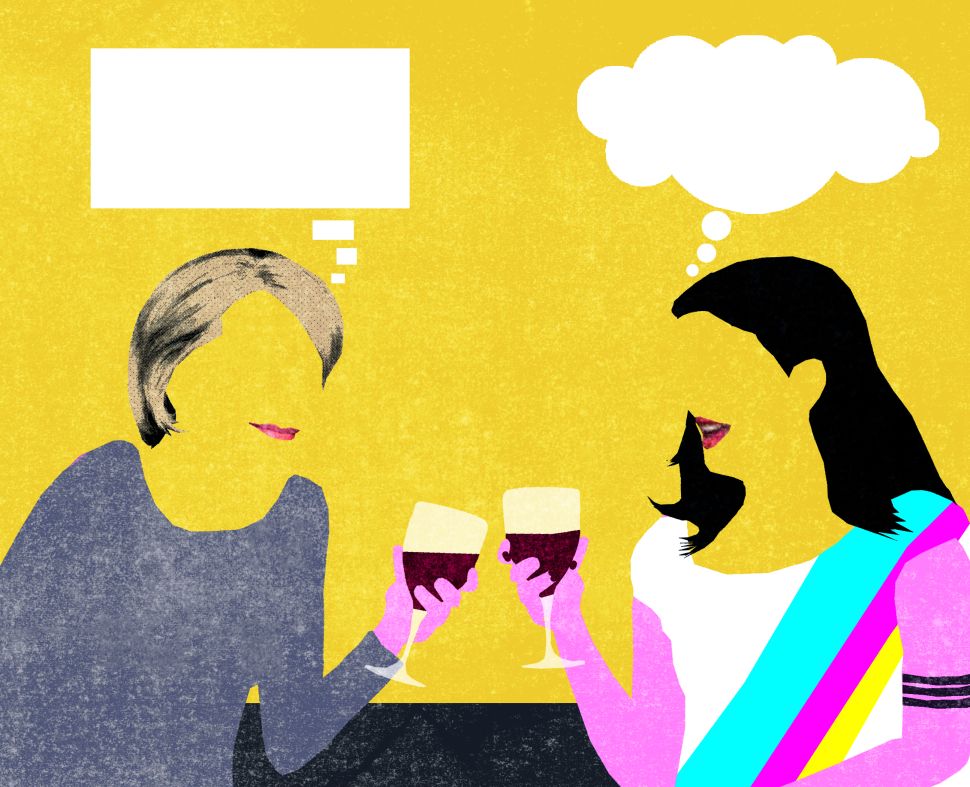