With the recent rapprochement between the P5+1 and Iran, it seems as though Western nations will stand to profit greatly from lifting the crippling economic sanctions leveled against the Islamic Republic. According to The Economist, the lobbies of Tehran’s more expensive hotels are “alive with Westerners jostling for deals” with the arrival of numerous trade delegations. The first of which was led by German Vice-Chancellor Sigmar Gabriel, who took a group of executives to Tehran on July 18th.

This nuclear deal comes as much-welcomed relief for Iran, since roughly $150 billion in Iranian currency will be unfrozen. But what really sweetens it for Iran is that inspections of their nuclear facilities will be made much more difficult and their capacity to build a nuclear bomb will remain unchallenged. As noted by Caroline Glick of The Jerusalem Post, the US and its negotiating partners will now be required to protect Iran’s nuclear assets as well as teach Iran how to develop and use more advanced centrifuges.

Canada under Prime Minister Stephen Harper’s governance can be counted on as at least one Western country that stands unconditionally with Israel.

While this move by Western countries, under the leadership of President Obama, puts Israel in an increasingly isolated and dangerous position, this makes Canada the only Western country to stand with Israel in recognizing the threat of a nuclear Iran.

Amid such enthusiasm for the deal, Canadian Foreign Minister Rob Nicholson gave a noticeably cold and pragmatic response to this development when he said: “Iran continues to be a significant threat to international peace and security owing to the regime’s nuclear ambitions, its continuing support for terrorism, its repeated calls for the destruction of Israel, and its disregard for basic human rights. We will examine this deal further before taking any specific Canadian action.”

This is tantamount to a refusal by Canada to follow the course set by its major allies and a move that is based on Prime Minister Stephen Harper’s record of maintaining strong relations with Israel. From a purely economic standpoint, Canada may stand to lose significant business opportunities from continued sanctions. Ipolitics cited a number of geopolitical experts, who say that Canadian firms stand to benefit from business ties in the Iranian oil and gas, construction and agriculture sectors. However, this would be contingent on the government being prepared to help these companies establish themselves in that economy.

Moreover, The Globe and Mail has stated that Canada’s own sanctions on Iran will have little effect on the Iranian economy considering the lifting of U.S and European trade restriction. Canada is, in effect, closing itself off from economic opportunities in Iran while maintaining sanctions as a matter of principle.

Canada’s sanctions against Iran cannot be separated from a strong pro-Israel policy. A mere eight days after the nuclear deal was announced, PM Harper concluded negotiations on July 22 for an expanded and modernized free-trade agreement between Canada and Israel. Noting the importance of economic considerations, calling Israel a “priority market,” Harper stated that this was not the only reason he wanted the agreement.

“Canada and Israel share a special friendship that is based on liberty, justice, democracy, and the rule of law,” said Harper.

It is clear that Harper’s foreign policy is not based solely on economic considerations. Otherwise, he would go along with the international consensus, open up another free trade agreement with Iran and reap the added economic benefits from such a deal. Harper’s sanctions are part of a larger message, where his strong support of Israel’s security is maintained above any possible economic benefits. Iran is well aware of this policy, which is why the Iranian Foreign Ministry issued a warning that Harper’s Conservative government was leading to “self-imposed isolation.”

While this nuclear deal with Iran is a cause for distress among many Israelis and increasingly isolates Israel from the geopolitical reality, it is uplifting to remember that Canada under Prime Minister Stephen Harper’s governance can be counted on as at least one Western country that stands unconditionally with Israel. Whether other Western countries plan to follow suit and take the moral high ground on this issue that Canada currently occupies remains to be seen.

Bradley Martin is a contributor to the Salomon Center for American Jewish Thought. 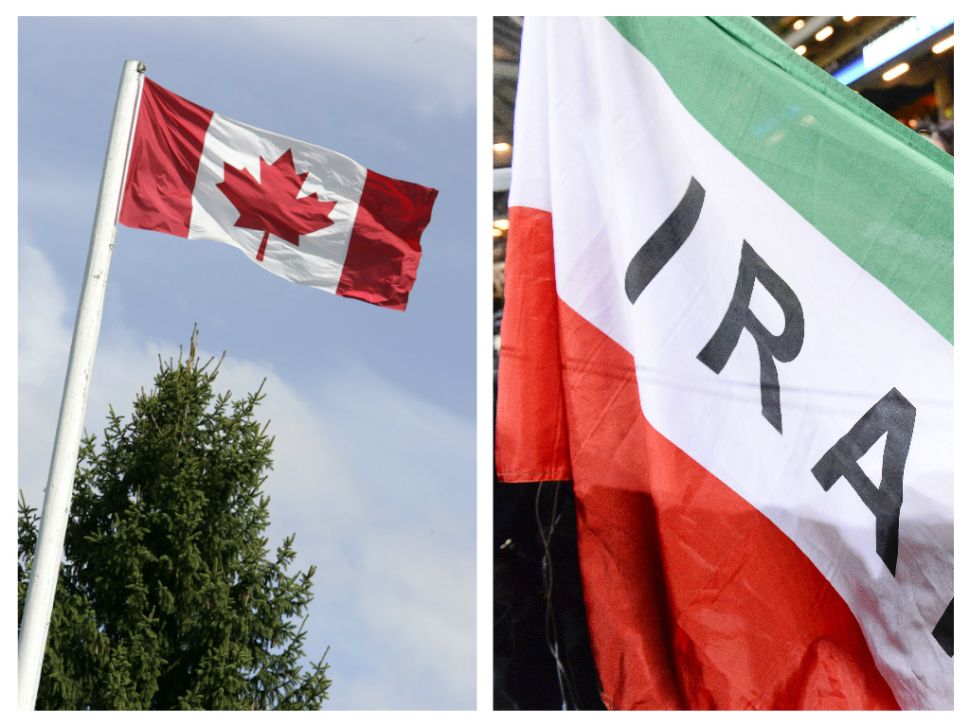