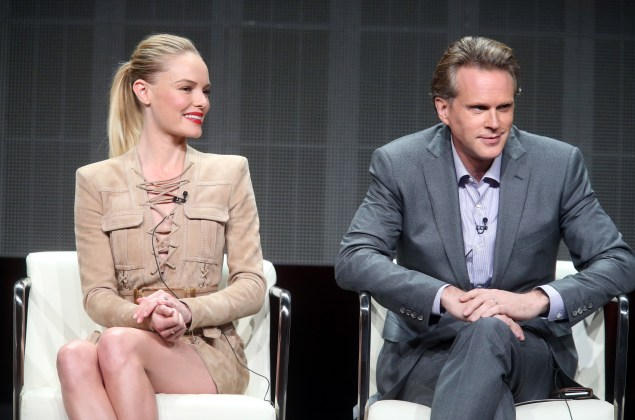 Crackle, the online streaming service probably best known for Jerry Seinfeld’s Comedians in Cars Getting Coffee, set premiere dates for an entire slew of original content today at the TCA press tour in Beverly Hills. Among them was the network’s first original drama The Art of More, a ten-episode series bowing November 19 that centers around the cut-throat world of art auction houses. The show boasts an impressive cast for its first foray into the original drama fray, with Dennis Quaid both executive producing and co-starring with British actor Christian Cooke, Kate Bosworth, and familiar face Cary Elwes recurring as Arthur Davenport, a “shrewd and eccentric world-class collector of art and illegal antiquities.”

We caught up with Mr. Elwes at the Beverly Hilton Hotel after Crackle’s premiere announcement to discuss The Art of More, the changing nature of both television and art, and the incredibly odd music choices in the show’s first episode (more on that in a little). It’s worth noting that Mr. Elwes has barely changed a bit in both appearance and charm since he starred as Westley in 1987’s The Princess Bride. What has changed, however, are the ever-shifting platforms on which we can watch Mr. Elwes act — all ten episodes of The Art of More are set to be released simultaneously. Funny enough, Mr. Elwes relishes the fact that fans can watch at their own leisure. Or, you could say, as they wish.

Observer: I don’t think there’s ever really been a show about the world of art auctioneering. Why do you think that’s a world so ripe for a drama?

Cary Elwes: Well for me, I’m a closet historian. If you look over my body of work, I usually take on historical roles, or roles that have historical value I guess. And art, and this, I felt has such cultural and historical value. It’s also about intrigue, it’s about subterfuge, it’s about corruption. It’s about all kinds of stuff that you’ve often wondered if it goes on in the auction world. We’re delving deeply into that.

So cool. Because that’s the future of television.

[At this point Mr. Elwes whipped out his iPhone and literally showed me how to get into his Crackle app. It was fantastic]

I mean, look, you can turn on your phone and literally, without even having to sign up, right now go into Crackle and come November you can do this with our show. Press play, and you’re on. Which is insanely brilliant. I mean, the genius of that. And limited, very very small commercials. So you’re not going to be troubled by half an hour of stuff through the show that drives you insane.

Do you think there’s any part to be missed from appointment television?

No. I’ll tell you why. People today don’t want to be told when they want to see things on TV. There’s only two thing in life that you have to plan your day around. You know that, right?

Well, in the old days it was a TV show, going to a movie, catching a flight, and going to the theater. Now, two of those elements have changed completely. You no longer have to say ‘honey, Thursday night at 6 cancel that dinner. I’m watching Archie Bunker.” Now, you’re free to choose what time you watch a show. You’re free to binge watch it, you can watch every episode at your leisure. Which I think is a huge thing. It’s a wonderful thing.

The name of the show, Art of More, it’s obviously a play on words but do you think there’s something to that phrase? Is there an art to handling how readily available entertainment is to us these days?

Did you know there’s a Musée du Louvre app? You can take a full tour of the Louve on your phone. There’s a Christie’s app. Everybody’s getting an app. And it’s wonderful for the art world, because now you get to really appreciate art in high definition. Ten years ago, you’re watching a pixelated image and trying to figure out what it is. You can actually appreciate art more now in a much higher clarity. I think that’s helped. As an artist, that’s always been a bane. Now, take the picture with a good camera and you’re good to go. You can see art more readily in higher definition, and that’s getting people more interested in art. So we’re sitting in the zeitgeist with this show.

In terms of being the first original drama for Crackle, is there any pressure that comes along with that?

Not pressure, more excitement. Really thrilling for us. We feel honored that they chose our show as their first original drama.

Because you have to think, AMC was just that old movie channel before Mad Men and Breaking Bad came along…

Exactly…like Netflix with House of Cards, yeah. Of course one never knows, but one hopes. That’s what we set out to do, to deliver a show that they’re obviously excited about. And so far, they seem very excited about.

I actually got to watch the first episode on the flight over, and it does seem exciting.

[note: since the episode I saw was an extremely rough cut, I’m not going to say what out-of-place song played in the first five minutes, but let’s just say…well it was definitely out of place]

That actually makes me feel a lot better about the whole thing. 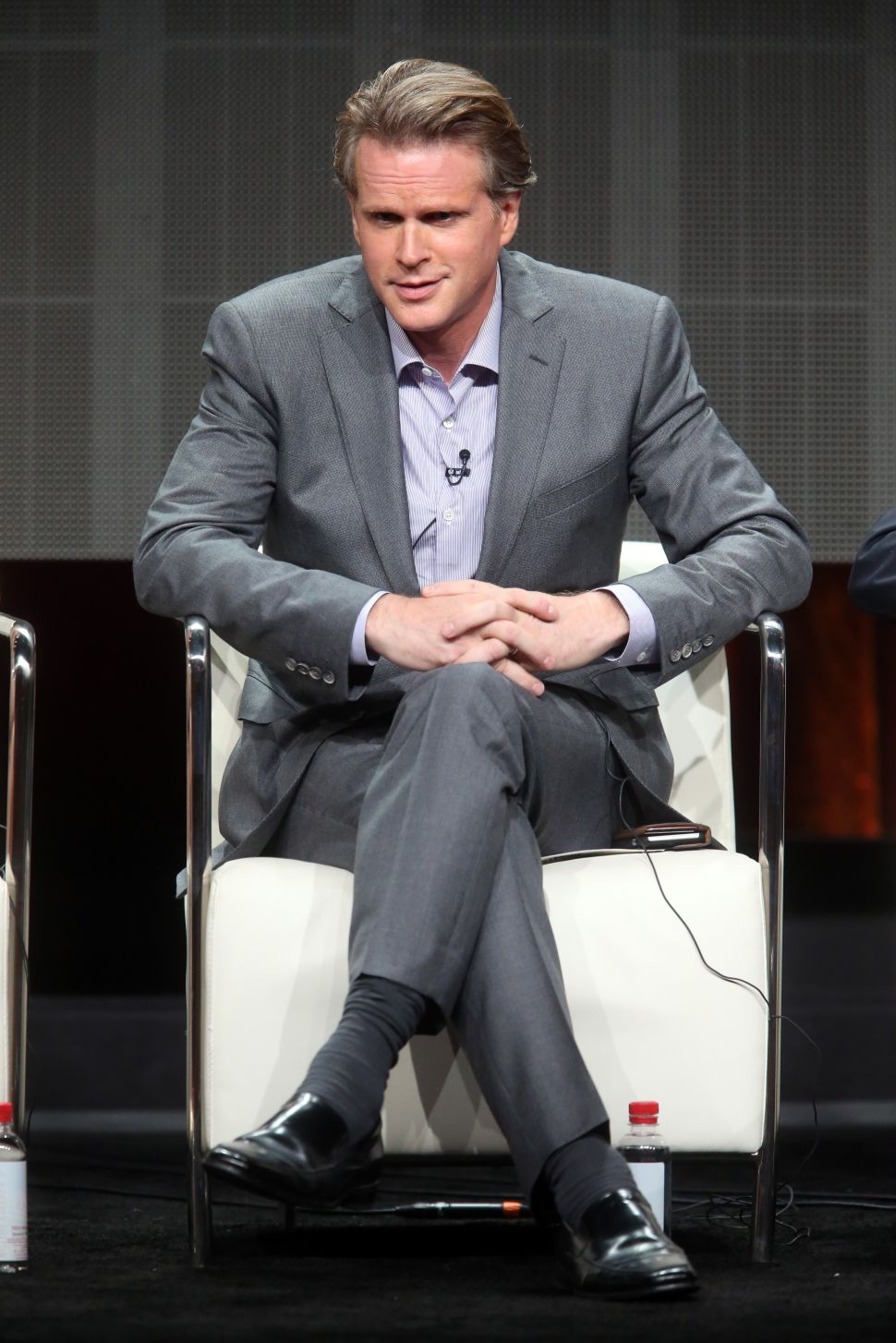