Mr. Barron, who began his political career in the Harlem branch of the Black Panther Party and went on to become an “elected activist,” and his wife joined a host of activists outside City Hall to demand the bill’s passage, including Gwen Carr—the mother of Eric Garner, the black Staten Islander killed last year by a white NYPD officer who used an apparent chokehold while trying to arrest him. A grand jury decided not to indict the officer responsible for Garner’s death, with few details available to the public about how they arrived at their decision, a situation Mr. Barron hopes to amend by replacing closed-door proceedings with public preliminary hearings.

“When you do the grand jury, the officers don’t get arrested, they stay out for the duration of the grand jury. It’s a private setting, where the prosecutor can present forensic evidence, we don’t know how they’re interpreting it, witnesses, we don’t know how they’re cross-examined,” Mr. Barron said. “This would go to a public probable cause hearing, and get the indictment there.”

New York State prosecutors already have the option of using preliminary hearing, but normally elect not to. Legislation similar to Mr. Barron’s has already passed in California. Ms. Barron, who stepped down from the Assembly to run for her husband’s Council seat in 2013, emphasized that police kill a disproportionate number of black and Latino people and insisted that her resolution in support of the bill was part of a larger program of racial equity.

“Blacks are subjected to the abuse of the police force more than any other group. Blacks and Latinos, black and brown people. This is an attempt to say that we need to continue to fight to correct those injustices,” she said. “We don’t want to have to wonder what happened in the grand jury room. We want to go directly to public hearings so that people will know what it is that the D.A.s are presenting in terms of their evidence.”

Ms. Carr offered her personal support to the legislation, recalling how her son died screaming “I can’t breathe,” captured in a video that went viral worldwide. Officers had suspected Garner of selling loose cigarettes, a crime for which he had been arrested multiple times

It’s uncertain how Mr. Barron’s proposal will clear the Republican-run State Senate. Gov. Andrew Cuomo outlined reforms to the grand jury system in his State of the State address in January, but failed to get any of them through both houses of the State Legislature.

As a result, the governor issued an executive order appointing Eric Schneiderman the special prosecutor for cases where police kill a possibly unarmed civilian, taking the power out of the hands of local prosecutors who often have a tight relationship with police departments.

However, the assemblyman warned of severe consequences should his legislation fail to pass.

“Whenever you don’t allow for peaceful methods for change, violence is inevitable. And don’t blame me, the social forecaster for forecasting an explosion, just like you wouldn’t blame the weather meteorologist for forecasting a storm,” he said, promising to start a grassroots campaign behind the bill. “We’re going to build a people’s movement to generate tremendous pressure for them to do the right thing.”

Mr. Barron has made similar statements in the past. 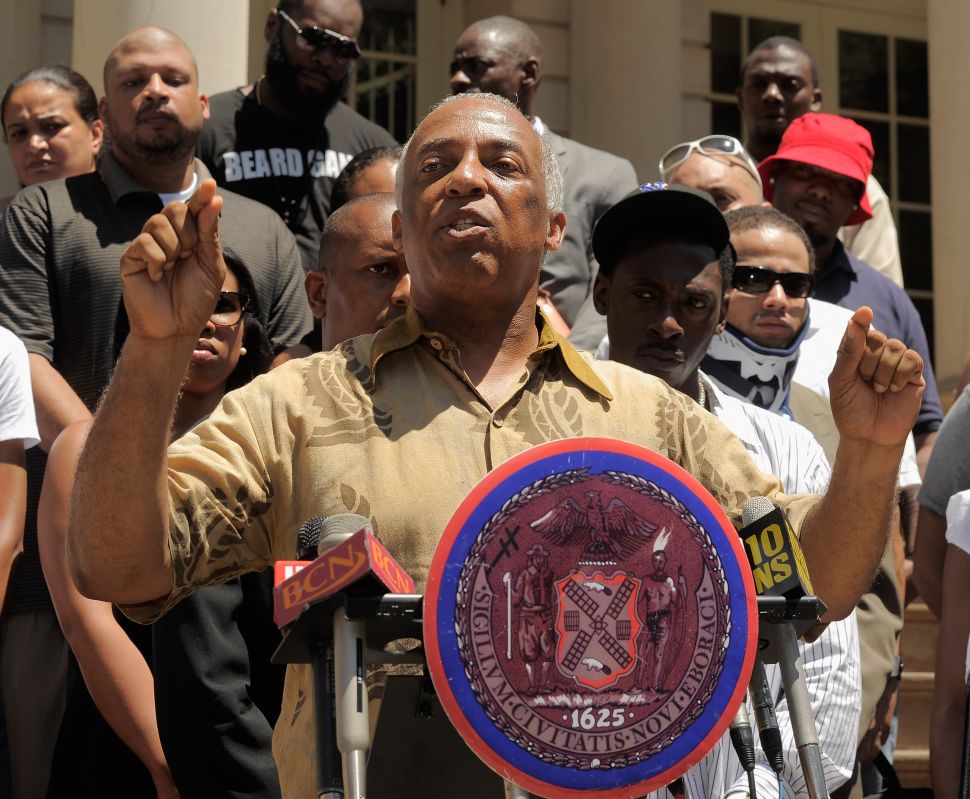