Sen. Charles Schumer, the senior senator from New York and the ascendant Democratic minority leader, announced tonight that he would oppose the Obama administration-backed deal to drop sanctions against Iran in exchange for a temporary pause in its nuclear development program.

Just hours after New York’s junior senator, Kirsten Gillibrand, declared she would support the deal—and in the middle of the first Republican Party presidential debate—Mr. Schumer posted a statement on the website Medium declaring his intention to vote no on the agreement, which Secretary of State John Kerry played a key part in negotiating. Mr. Schumer has faced weeks of lobbying from conservatives and supporters of Israel to oppose the plan, and had vowed not to succumb to “politics” or pressure.

He began his remarks by acknowledging the weight of his decision.

“Every several years or so a legislator is called upon to cast a momentous vote in which the stakes are high and both sides of the issue are vociferous in their views,” Mr. Schumer said, saying he had thoroughly heard out arguments for and against the Joint Comprehensive Plan of Action. “In each case I have asked: are we better off with the agreement or without it?”

Mr. Schumer, a strong supporter of Israel, argued that the country and the world would be better off if the deal failed to go through. He noted that, even during the arrangement’s decade-long timeframe, the United States would need the approval of other countries to conduct inspections, to give the Islamic theocracy 24-hour notice before inspecting and that the “snap back” of sanctions should Iran violate the terms of the agreement would be “cumbersome” because of the parameters laid out in the plan.

Ultimately, he concluded that the possibility that the current Iranian regime might ever obtain a nuclear weapon was unacceptable. He cited the state’s funding of international terrorism, and asserted dropping the sanctions would strengthen Iran’s economy and make it easier for it to finance a future nuclear program—and even to develop the ballistics program to deliver them to strike at the United States.

“If Iran’s true intent is to get a nuclear weapon, under this agreement, it must simply exercise patience,” he wrote. “To me, after ten years, if Iran is the same nation as it is today, we will be worse off with this agreement than without it.”

Brooklyn Assemblyman Dov Hikind, who was arrested outside the senator’s office last month protesting the deal, cheered Mr. Schumer’s decision but called for him to rally his party against the plan.

“We applaud Senator Schumer for doing the right thing in opposing the Iran nuclear agreement. We look forward to his continued leadership and urge him to lead the charge in convincing his colleagues of the dangers and risks surrounding this deal,” said Mr. Hikind, a conservative Democrat long at odds with President Barack Obama’s foreign policy.

On top of overwhelming Republican opposition, several Democratic members of Congress from New York have come out against the agreement, including Congresswoman Grace Meng of Queens and Long Island representatives Steve Israel and Kathleen Rice. Bronx Congressman Eliot Engel, the ranking Democrat on the Committee on Foreign Affairs, has made no announcement of his stance but said that he finds aspects of the deal “very troubling.”

Congress may vote against the agreement, but Mr. Obama will have the power to veto their decision, and most observers agree that opponents will not be able to pull together enough members to override the veto. 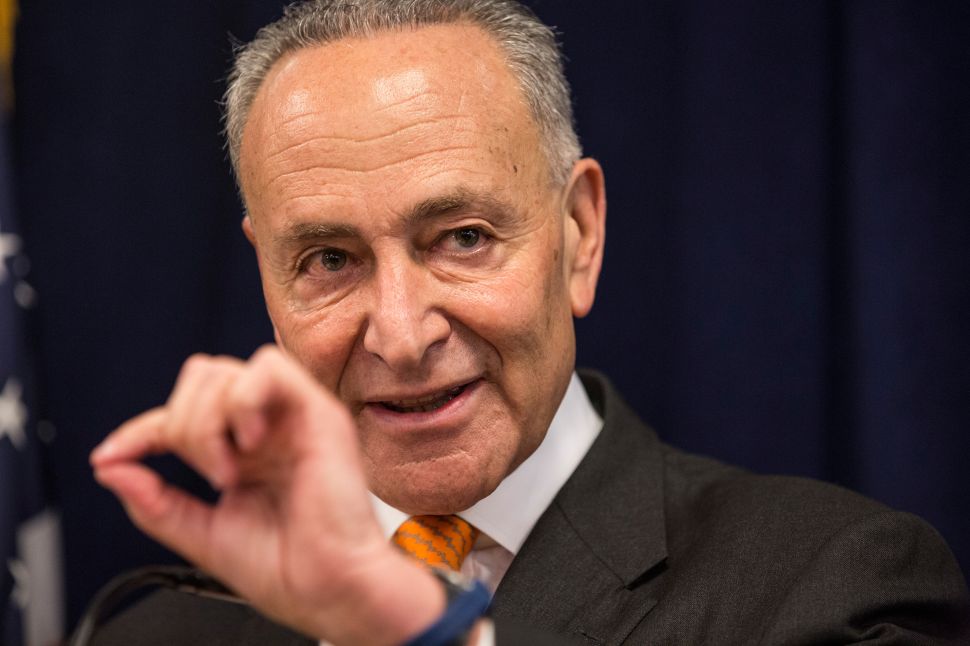