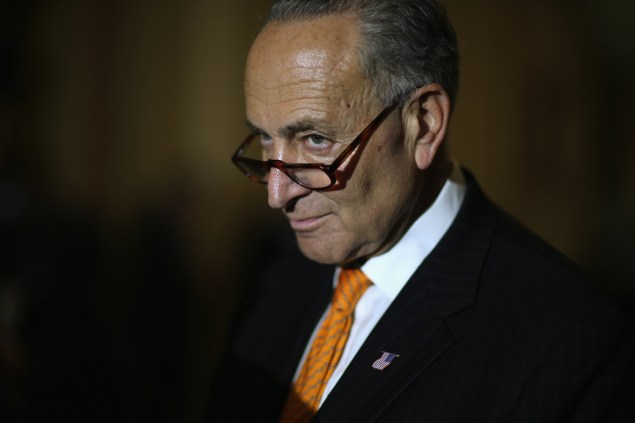 Politics is about power – who gets what, when, and how. Far less obvious, politics is also about rituals and their manipulation in the pursuit of power. Anthropologists associate elaborate ritual with primitive societies. In truth, all societies use such devices. They are just less recognizable in our own society.

On August 06, 2015, we were presented with a political ritual worthy of publication in the Journal for Cultural and Religious Theory. Senator Chuck Schumer came out against President Obama’s Iran deal, stating that he would not only vote against the president on the initial vote, he would also vote to override the president’s inevitable veto.

In actuality, Mr. Schumer is parting company with the administration in a well-contrived political ritual that most likely has the president’s blessing. This political play was all but confirmed by CNN in a Friday article citing “a White House official” and “a source close to the New York delegation’s discussions” suggesting “Schumer’s announcement of opposition came only after enough Democratic support was assured to keep the plan intact.”

The deal is an unmitigated disaster not just for Israel, which Mr. Schumer has long viewed as a vital and trusted ally, but also for America’s own security interests at home and abroad.

If Mr. Schumer wanted the president’s dangerous Iran deal defeated, he would not have waited weeks to come out against it. It doesn’t take weeks for someone with Mr. Schumer’s intelligence and detailed knowledge of the Middle East to recognize the obvious.

The deal is an unmitigated disaster not just for Israel, which Mr. Schumer has long viewed as a vital and trusted ally, but also for America’s own security interests at home and abroad.

Had Mr. Schumer come out against the deal earlier, he would have provided backbone to other Democrats to join him. In the process, of course, Mr. Schumer would have done what for most politicians is the unthinkable—put his country’s real interests ahead of his own.

Mr. Schumer is salivating over becoming the next head of the Senate Democratic Caucus. He cannot accomplish that by going against a president who has made the Iran deal the capstone of his rather questionable legacy and has had no hesitation about also doing the unthinkable—telling Jewish leaders that unless they give up their opposition, he will continue to ratchet up his anti-Semitic insinuations.

Seldom has a president sunk to such a level of mendacity and contempt as has President Obama in his pursuit of a legacy built on a deal that was flawed from its inception because of its violation of the most fundamental principles of negotiation. First, the president telegraphed his desperation to consummate an agreement—almost any agreement. Second, the president paid lip service to Iran’s bad behavior but never really incorporated into the negotiations that Iran’s past bad behavior was probably the best predictor of its future behavior.

There was no way Mr. Schumer was going to lead the Democratic caucus over the ire of a president who would have seen an earlier defection as nothing less than a stake through the heart.

Schumer waited for the president to gather a veto-proof majority, which he has. Mr. Schumer’s vote is now as important as the votes of the California electorate in a presidential contest that already has been won before their polls closed.

Mr. Schumer will now embrace the ritual of having voted against the Iran deal, point out the obvious flaws in the agreement, and be cast by the unsophisticated talking heads of the mainstream media—including the Observer, which lauded the senator as having “done the right thing”— as the man who stood up to the president. All the while, by keeping Schumer from coming out against the deal before the veto-proof majority had been whipped into place, Obama got what he wanted and Mr. Schumer will ultimately get what he wants.

The public is being presented with an elaborate ritual worthy of the Nobel Collusion Prize.

Abraham H. Miller is an emeritus professor of political science, University of Cincinnati, and a senior fellow with the Salomon Center for American Jewish Thought. @salomoncenter 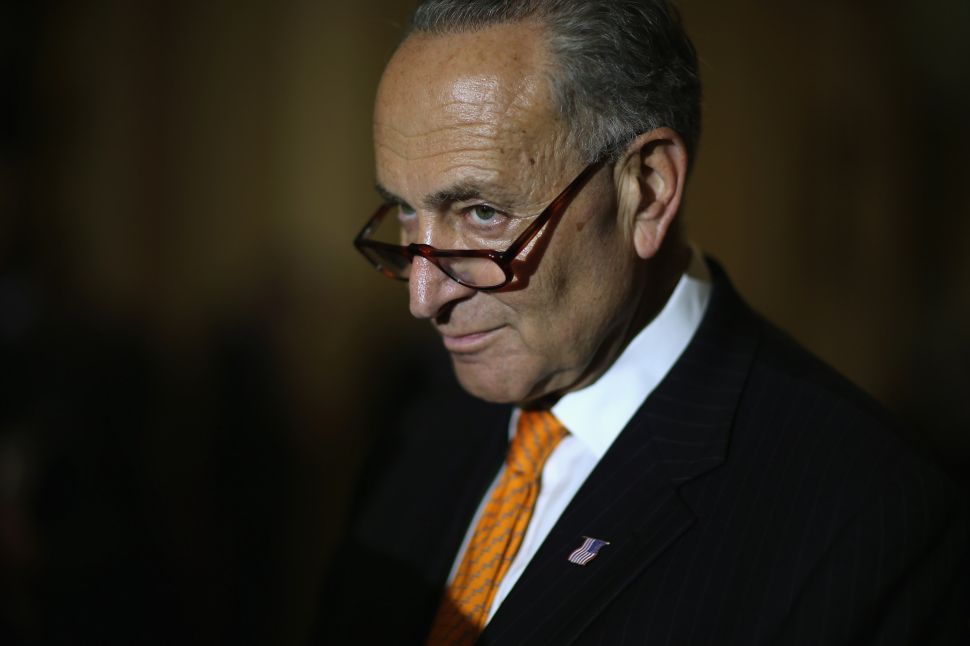