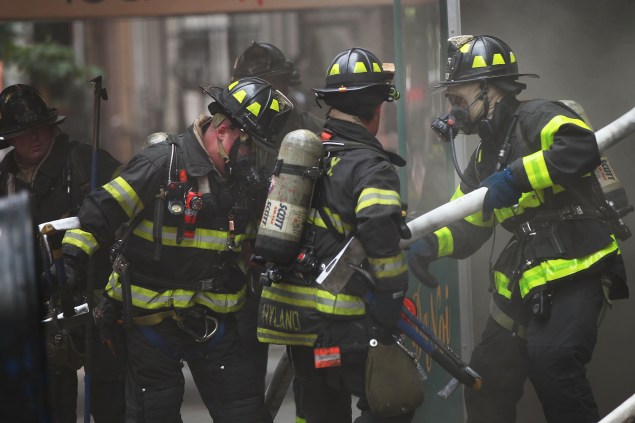 Following months of bitter squabbling, Mayor Bill de Blasio and the Uniformed Firefighters Association announced an agreement this afternoon on a new contract and restored disability benefits for newer firefighters.

Stephen Cassidy, the president of the 8,000-member UFA, once railed against Mr. de Blasio on the steps of City Hall, but commended the mayor today for his “intestinal fortitude” in brokering a deal to grant his union retroactive raises and restore disability benefits that were lost in 2009.

“We believe in notion of true partnership between management and labor,” Mr. de Blasio said. “We never stopped talking.”

Mr. de Blasio had initially resisted the UFA’s call to boost disability benefits for firefighters hired after 2009. That year David Paterson, the governor at the time, vetoed a pension sweetener for city cops and firefighters that had been typically carved into the state budget. Mr. Paterson, a Democrat, was trying to control costs at the height of a national recession.

The State Senate, Assembly and Gov. Andrew Cuomo called for a full restoration of the benefits, but Mr. de Blasio said it would cost taxpayers too much. He countered with his own legislation–any change in benefits must be approved in a “home rule” message by the City Council–that would have increased the payout by removing a social security offset and calculated benefits at a higher salary point. After Mr. de Blasio forced his proposal through the City Council, Mr. Cassidy was livid, filing a lawsuit against the city. (He said he will drop it.)

Under the agreement announced today, firefighters hired after 2009 will receive the same disability payout as those hired before 2009 and the social security offset will be eliminated. To save money for the city, Mr. Cassidy agreed firefighters will kick in an additional three percent of their salary, upping their contribution to about 6 percent.

The city said the gross cost of the disability agreement will be about $125 million. There is no timeline yet on when the City Council will pass legislation to send to Albany for approval, but Mr. de Blasio and Mr. Cassidy were hopeful a bill would be passed in the next legislative session in January.

Mr. Cassidy said the deal was also “doable” because the FDNY agreed to staff 20 engine companies with five firefighters each by February 2019, adding the fifth firefighter to five companies each year beginning in 2016. Of the 20 companies, the city will fund 12 and the union will fund 8.

“The mayor and I did have a disagreement on how we should go forward last year, we had a little battle with the Council. We didn’t win that,” he said with a smile. “[Today’s agreement] was compelling, we needed to do it. Those new firefighters have to pay 3 percent more–we thought that was fair.”

The labor deal is similar to others that the city has reached with uniformed unions. Mr. de Blasio said 83 percent of the city’s unions now have labor contracts after none had them when he took office. The proposed contract provides for 11 percent in raises over seven years. The Municipal Labor Committee and the city have agreed to find $3.4 billion in healthcare savings.

The UFA’s labor deal with the de Blasio administration leaves the Patrolmen’s Benevolent Association, a union that is often at odds with City Hall, as one of the last prominent unions without a contract. Mr. Cassidy, an ally of PBA President Patrick Lynch, said he wouldn’t urge Mr. Lynch to take or a reject a deal.

“We welcome the chance to talk further,” he said. 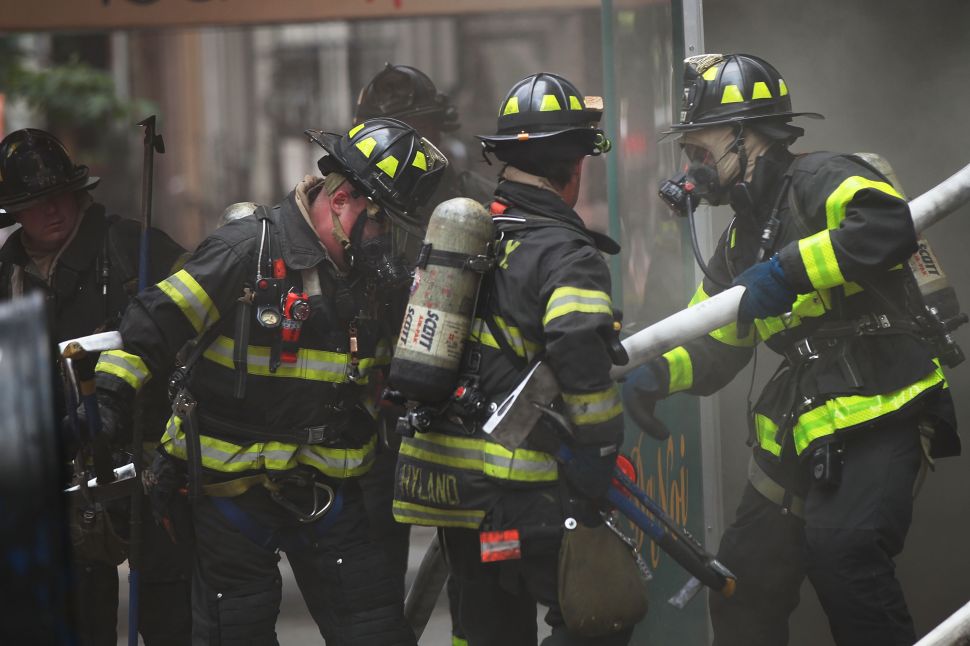