Most five-year olds have heard their mothers say, “Actions speak louder than words.” Why would anyone believe the claims of Hillary Clinton, her press secretary, or her lawyer, that they are “cooperating with the investigation by the FBI into her email server issues”?

According to Nick Merrill, a Clinton press secretary, “She did not send nor receive any emails that were marked classified at the time. We want to ensure that appropriate procedures are followed as these emails are reviewed while not unduly delaying the release of her emails. We want that to happen as quickly and as transparently as possible.”

Of course they do.

Texans have a two-syllable word for that, but it can’t be used in polite company. And that absurd claim (if not bald-faced lie) has already been proved false by the Inspector General’s preliminary examination of just the first 40 or so emails Ms. Clinton condescended to produce in paper form only. They contained classified information and were handled in violation of law.

Cooperate by turning over the server and the thumb drive that she and her lawyers are holding in blatant violation of the law.

Andy McCarthy has multiple articles in the National Review this week that explain why the Clinton camp’s claim does not even address the many legal issues and violations, so we’ll encourage you to read those. But here’s a yet unspoken point that seems irrefutable:

Ms. Clinton can cooperate by turning over the server and the thumb drive that she and her lawyers are holding in blatant violation of the law. That would begin to demonstrate cooperation. Neither Ms. Clinton nor her lawyer is entitled to retain them for any reason. The law is clear. And people don’t hide things unless they have something to hide. These are supposed to be public records.

Failing Ms. Clinton’s relinquishment of the server and the thumb drive within 24 hours, appropriate law enforcement officials armed with search warrants should be proceeding to get both immediately—like tomorrow.

The double standard inherent in the deference given Ms. Clinton’s abject disregard for the law and national security versus the vigorous prosecutions of others, like General Petraeus for example, who shared limited information only selectively with his biographer who also had a security clearance, is beyond the pale. It offends every mere mortal in the country. Such abject favoritism is the very reason Americans have lost all faith in our now ironically named Department of Justice and our justice system writ large.

Like the corrupted prosecution of Ted Stevens, this is a special case in which Judge Sullivan may very well have to appoint a special prosecutor and fast, because everyone who wrote to Ms. Clinton about government business at Clinton.com is implicated to some extent. As retired NYPD Police Commissioner Bernard Kerik pointed out in the Observer today, they knew from the email address alone that she was outside the government system. It would be impossible for classified or sensitive information never to have been mentioned in communicating with the Secretary of State when that was the only address she used. Those with knowledge that she was off the grid would most likely include President Obama, White House Counsel, White House high level staff, all Cabinet members, the Attorney General and associates, and powerful members of Congress. This mess runs deep and wide.

A lot of people in the government right now have a vested interest in sweeping this under the rug as quickly and quietly as possible. The challenge would be finding a rug large enough.

It’s imperative that the Rule of Law take precedence here. There may be more than one person who should hear the train a comin’. 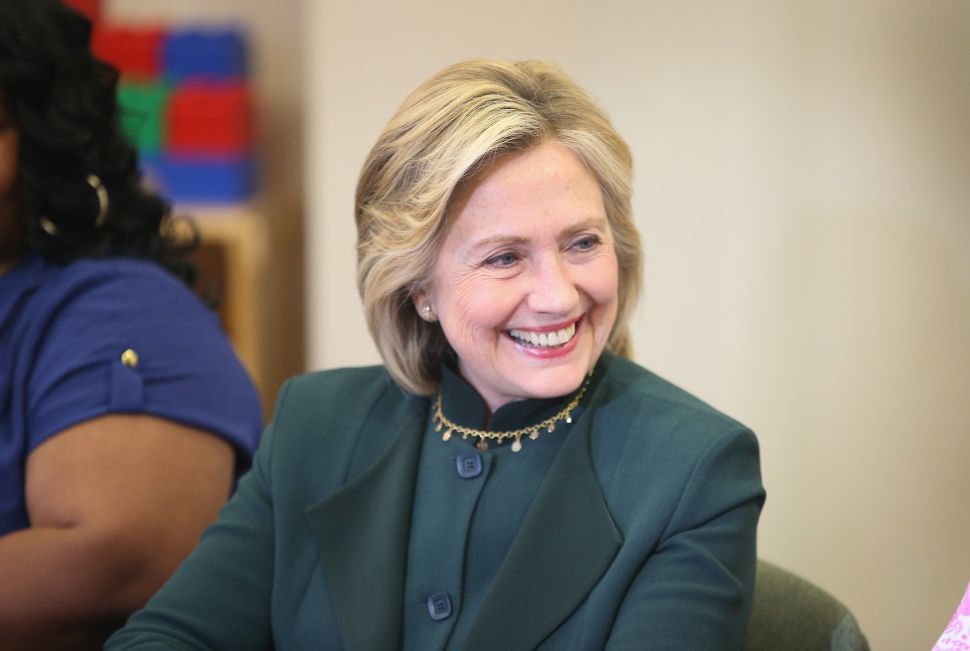