When writers develop terminal illnesses, we get the rare chance—if we’re lucky—to see them publicly cope with the dying process. Roger Ebert, Christopher Hitchens and Tony Judt made some of their best insights before they succumbed to their respective diseases, and Oliver Sacks and Clive James, to name two dying public intellectuals, are both producing high-stakes essays and books at a herculean rate.

We have been watching Clive James, in particular, die for a while now. It has been five years since Mr. James was diagnosed with leukemia, and in that time there have been so many interviews and appreciations that the speak-with-Clive-James-before-he-dies piece has become a kind of genre unto itself. (The New York Times has done it at least twice.)

Mr. James, the great Australian cultural critic and memoirist, is now releasing a new book of essays, Latest Readings, about the books that have sustained him throughout his life. And he recently spoke with the Australian broadcaster Mark Colvin in a wide-ranging interview that stands out as one of the better ones he’s done in recent memory. Although Mr. James admitted to Mr. Colvin that he had just dropped his phone in the sink—”it’s covered in suds”—Mr. James was quite lucid.

“You’re sounding remarkably chipper, and from what I’ve seen of you on television, you look much better than you expected to look last time we spoke,” Mr. Colvin tells Mr. James at the beginning of their conversation.

“Yes, people keep telling me that with an undercurrent of suspicion,” Mr. James replies, “as if I’ve been faking the whole thing, and I supposed they’ve got a point. I’m unreasonably well-looking for where I’m at.”

It’s a solid interview, and deserves to be listened to in full. But if you don’t have time, here are some bits of Jamesian wisdom we’ve culled from the talk.

On his new book: “Little books are the things to write at my age, I’ve decided. Avoid the big ones, go for the little ones.”

On devoting time to read: “I think the great trick of doing my sort of thing is to learn to use your down time, and of course in the media and especially in television, there’s a heck of a lot of time waiting around.”

On learning new languages: “The first language that I learned was Italian in Italy in the early and middle Sixties. I had to do that to keep up with the young men who were courting my wife. My wife was there studying, she spoke perfect Italian, and she was very beautiful, and very suave italian men were crowding around her, talking all the time, and if I was to even understand what was going on, I had to learn the language fast. It was a great stimulus.”

On literature in translation: “I wouldn’t counsel against reading in translation, but you do tend to lose the music. Language begins with its own music, as English does—it’s just we tend not to hear it because its all around us … The feel of the language in the mouth is something that’s very hard to translate.”

On Evelyn Waugh: “I love his prose. I would have hated him very much, and he wanted to be hated too. He was a pig of a man, really, except he was greatly gifted.”

On drugs: “I actually didn’t like that feeling of being out of touch, because what I do depends on being in touch.”

On modern medicine: “Here I am waiting waiting for the next technological advance, which I hope will enable me to live forever.” 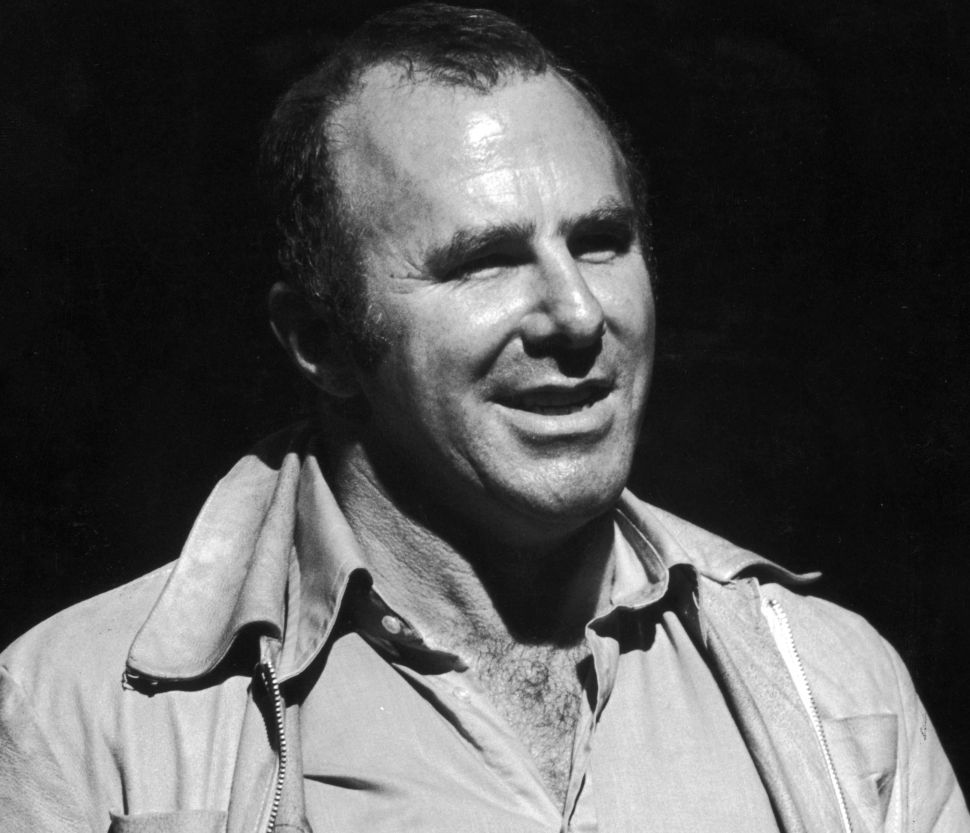