It seems the trend of casting “real people” in brand campaigns has hit a new high. And an educational one at that. Today, Cole Haan released images that shine a light on what they call “America’s best and brightest.”

Dubbed The New Class, this cast includes Eben Estell, a biomedical engineering PhD candidate at Columbia University, Amelia Hassard, a filmmaker who is also an MFA candidate and Liam Flaherty, who was a part of Columbia Fellowship program in 2014. Additionally, Margo Jefferson takes a senior role in the images. She’s not only a former New York Times theatre critic, but also a professor at The New School and Columbia University.

There is one actual model in the mix, Masha Markina, who is signed with Trump Models. She still fits the bill as an academic, as she is a currently pursing a degree in political science and business management at Columbia, according to her LinkedIn page.

Surely there must be a reason for this strategic casting? But of course. Not only is it aptly tied to debut during the annual back-to-school shopping scramble, the focus of this campaign is the Pinch Campus shoe. A throwback of sorts, this is an updated iteration of the penny loafer. First created by Bass in 1936, and called the Weejun, this shoe remained a popular option from 1940 to 1960 on Ivy League campuses across New England.

However, in proper Cole Haan style, the 21st century version of the shoe has a refurbished sole that will make the kicks more comfortable and more flexible. With the history of the shoes and the strategic marketing strategy tying academics with September, at least this ad has a colorful crew of stars that extends beyond the expected cast of superstars including Karlie Kloss, Kendall Jenner, Gigi Hadid and Joan Smalls. However, we have a hard time believing that these images will have college students and faculty members itching to add a pair of penny loafers to their fall wardrobes.

But maybe if the loafers were called Comfort or Roomy, that might be a more viable situation. 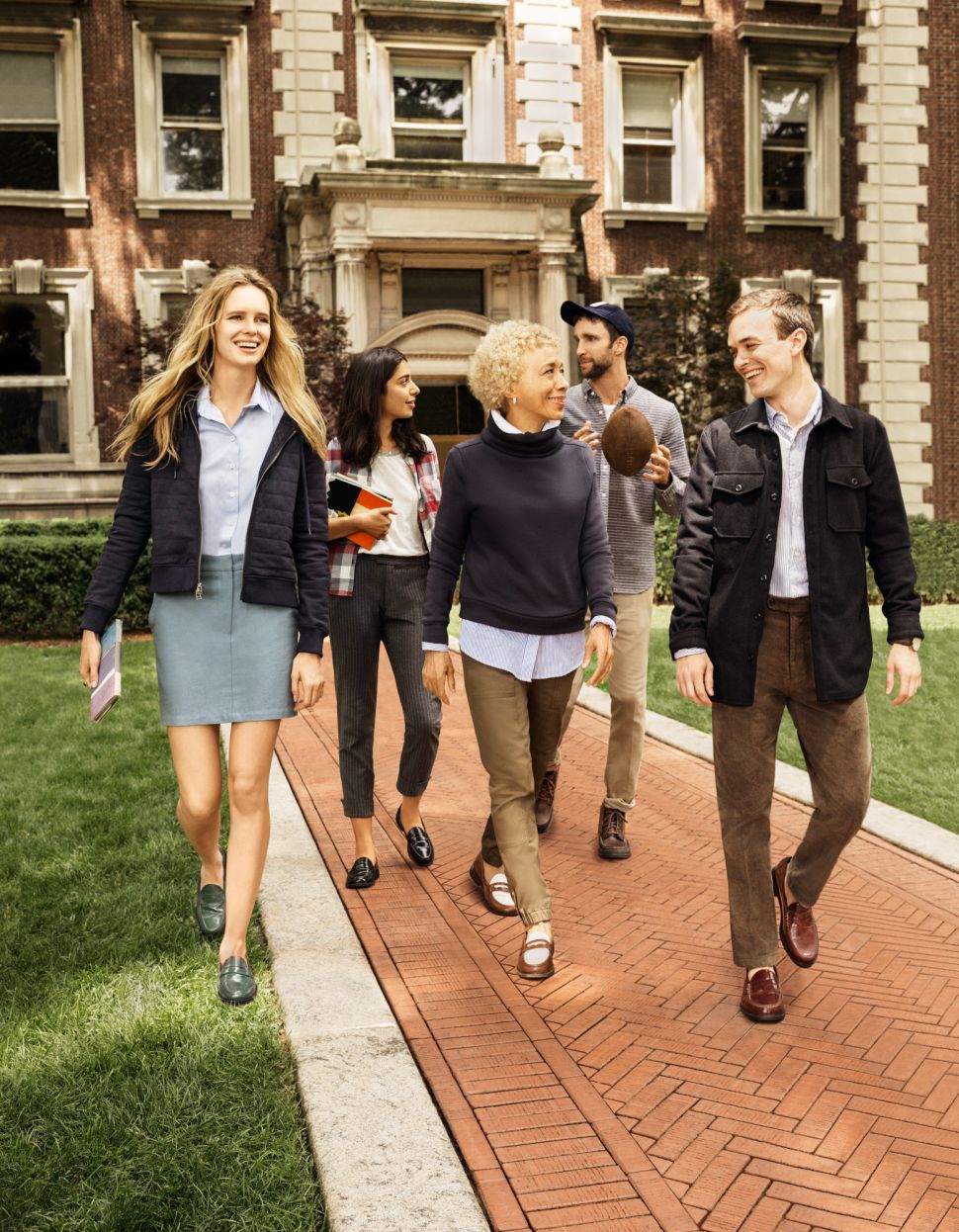