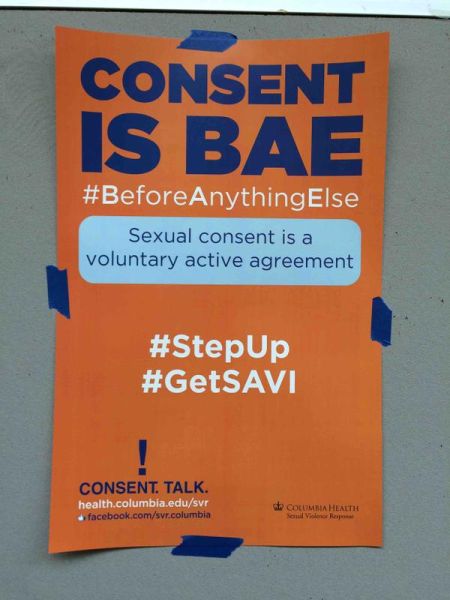 Internet speak is fun and all, but a university—especially one that’s landed itself in hot water on the topic of campus rape—should think twice before using it to deliver PSAs about consent and sexual assault.

Columbia University most likely thought they were making the subject of consent approachable and youth-friendly when they thought up the slogan “Consent is bae,” but students and Internet reactionaries feel the college missed the mark and is trivializing a serious subject.

An anonymous tipster from the university’s Sexual Violence Response consent campaign emailed a photo of a flyer featuring the slogan and three hashtags to the school’s student news site Bwog. The slogan is reportedly going to be the message of the presentations on sexual respect that all first-year students are required to attend during orientation.

The tipster told Bwog that some students on campus believe “this poster both trivializes consent and appropriates African American Vernacular English.”

Twitter users have been condemning the slogan and the university as well:

I love wordplay (and consent), but consent is not "bae". Consent is… consent. https://t.co/VRAA6sdyHr

Yes, this was a failed attempt at a millennial and Internet-friendly campaign, but more importantly, it’s indicative of the fact that Columbia University is still mishandling the subject of consent and sexual assault. The school recieved national attention last year after senior Emma Sulkowicz carried her mattress around campus, vowing she wouldn’t stop until the student she alleges raped her in her dorm room was expelled from or otherwise left the university. This work of performance art was her senior thesis and was inspired by the fact that the school did not find the accused student responsible after allegedly mishandling the case. 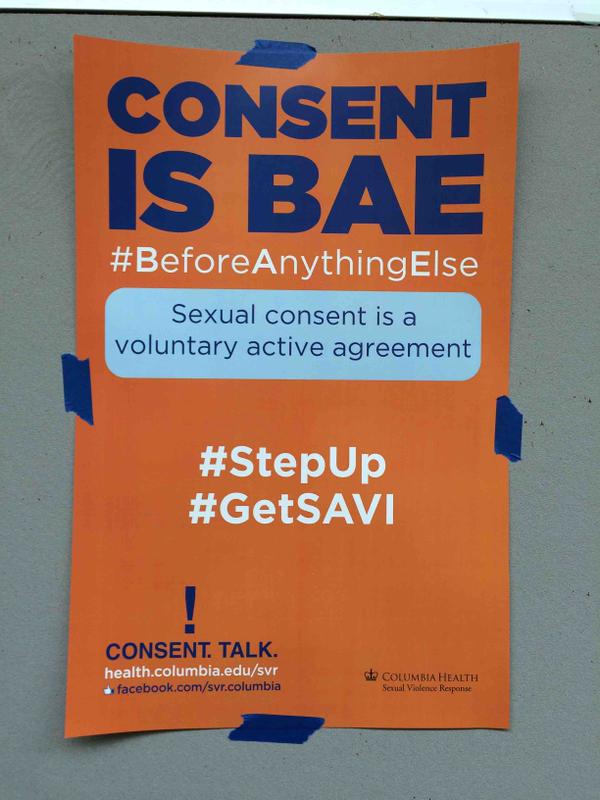