Score one for Uber. Last month, an Ontario court denied Toronto’s bid for an injunction against the ride-sharing service. For the moment, Uber is alive and well in the city. Not so in my home city of Vancouver, where the service remains shut out. This is despite the fact that, at least according to one analysis, Vancouver has the worst ratio of cabs to residents in the country and is the most expensive city in Canada to take a taxi ride.

For Uber, all this controversy is nothing new. As the service has spread around the world, cities, states and entire countries have responded with a steady stream of cease-and-desist orders, threats and fines. Their concerns tend to revolve around Uber’s licensing standards, the safety of consumers and impact on the traditional taxi industry.

This isn’t the first time, of course, that transit has been upended by new technology. More than 100 years ago, the dominant transportation paradigm was also being challenged by an innovation that rattled traditional industries and attracted vehement opposition. A quick look into the history books at the chaotic introduction of the automobile offers some interesting perspective not just on the Uber saga but on the life cycle of innovation.

In the late nineteenth century, transit ran on horses. The average New Yorker took 297 horse-drawn rides per year, and an estimated 200,000 horses in total labored day and night transporting people and goods in the city.

But, as anyone who’s taken a carriage ride through Central Park knows, horses were far from a perfect means of transit. The average urban working horse produced 20–50 lbs of manure per day and a up to a gallon of urine. Some neighborhoods were literally ankle deep in animal waste, and disease-carrying flies were rampant.

Without being too heavy-handed, I think there are some important parallels here with the taxi industry today. Yellow cabs are critical to transit in many cities, yet I think we’d all admit that the system has its flaws. Taxis can be scarce, especially at peak times in certain neighborhoods. Prices can be high. And customer service is sometimes lacking.

At the same time, competition is inhibited by the medallion system, under which local governments issue a limited number of prohibitively expensive permits required to drive a cab. (In New York, medallions famously go for about $1 million each at auction.) And life for drivers, who can pay around $100 a day or more just for the privilege of driving a taxi, isn’t easy: extremely long days, unpredictable customers and low take-home pay are commonplace. One could argue that this situation is ripe for change, as well.

When it came to the horse problem, new technology presented a promising solution. The first gas-powered cars started appearing in Germany as early as the 1880s and Ford Model Ts began rolling off the assembly line in 1908.

Cars had multiple obvious advantages: They offered a cleaner (at least, in the short term), more reliable and more humane form of transit for city dwellers than horses. But that didn’t mean automobiles were welcomed — far from it. At first, city officials were quick to condemn cars as dangerous and unnatural. In Quebec, early drivers were arrested for their “mad antics.” In Cincinnati, residents demanded cars be modified so they couldn’t exceed 25 miles per hour.

But manufacturers of the new technology — plus an emerging body of drivers and dealers — pushed back. Much like today’s tech disruptors, they turned to marketing and PR to make their case. The popular technology magazine Horseless Age — the TechCrunch of the day — argued that removing horses from cities would reduce noise, improve sanitation and even save money.

To anyone who has followed the Uber saga, this probably sounds a little familiar. From the beginning, the ride-sharing service seemed to offer some clear advantages over traditional taxis. Uber’s cars were often cheaper to use and newer. The handy mobile app made ordering a car and paying for rides a breeze. Drivers benefitted, too, initially keeping as much as 90 percent of fares for themselves.

But obviously not everyone was happy. Lots of these benefits were only possible because Uber skirted the restrictive medallion and licensing system. Though the company developed its own standards for drivers, local governments — often backed by powerful taxi lobbies — were quick to dismiss the service as illegal and unsafe. Even San Francisco — early-adoption central — initially issued a cease-and-desist order. Around the world — from the U.S. and Germany to India and the Philippines — initial reaction was similar.

As cars proliferated, however, slowly replacing old-fashioned horse-drawn transit on city streets, serious growing pains were hard to ignore. Technology had shifted but attitudes and regulation hadn’t caught up. The onslaught of automobiles clogged narrow byways designed for horse-drawn carts, bringing traffic to a standstill in many places. Untrained drivers and an absence of regulation turned streets into a chaotic and dangerous free-for-all.

But, with time, came corrections. Formal licensing programs were instituted by local governments. Streets were paved and widened and traffic rules adopted. Public information campaigns taught people how to safely cross the road and about the dangers of jaywalking. After rapid growth — which turned an industry on its head, threatened people and livelihoods and introduced a whole new set of problems — the kinks, at least some of them, began to be worked out.

We see a similar trajectory for Uber. Despite all the controversies, the service has grown exponentially in just five years: it’s now available in more than 50 countries and 300 cities around the world. A recent round of funding places its value at more than $50 billion, which would make Uber the most-highly valued private tech company of all time. In China alone, 100,000 Uber rides are taken per day and the company hires hundreds of thousands of new drivers each month.

Not surprisingly, with growth has come a new set of challenges and legitimate gripes — not just from regulators but from its own drivers. Decisions to raise commission rates have prompted protests by disgruntled drivers in Los Angeles, Santa Monica, New York and elsewhere. A recent California ruling raises further questions about whether drivers deserve compensation as employees, rather than just contractors.

Some municipalities continue to resist Uber outright. (In France, regional Uber executives were recently arrested and indicted for “enabling taxi-driving by nonprofessional drivers.”) Meanwhile, others are raising valid questions about the best way forward. “Our bylaws, which were written many years before technology advanced to where it is today, simply do not adequately capture the operations of companies like Uber,” Toronto mayor John Tory recently said, summing up the situation. “We cannot have the Wild West … But we cannot also have a city which in some way ignores the march of technology and time.”

Progress is always messy. While Uber is often characterized as a loose cannon, the cycle of innovation it represents is hardly unique, nor is it as chaotic or terrifying as critics make it out to be. Ride-sharing does make life easier, it does offer a more efficient way to get from point A to point B and it can only get better. In Vancouver, the recent “no” vote on the transit referendum — and dwindling public transportation options — makes it an even more important card to have on the table.

What’s needed, most of all, is time. Uber and its car-sharing brethren may look like high-tech rogues now. In hindsight, the surge in ridesharing may well come to seem as natural and inevitable as the car outpacing the horse and buggy. 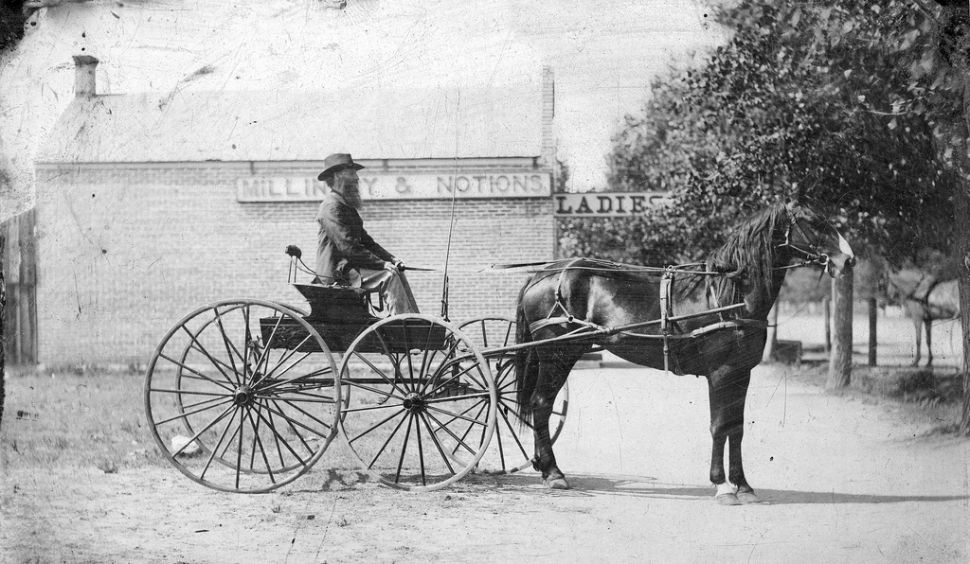