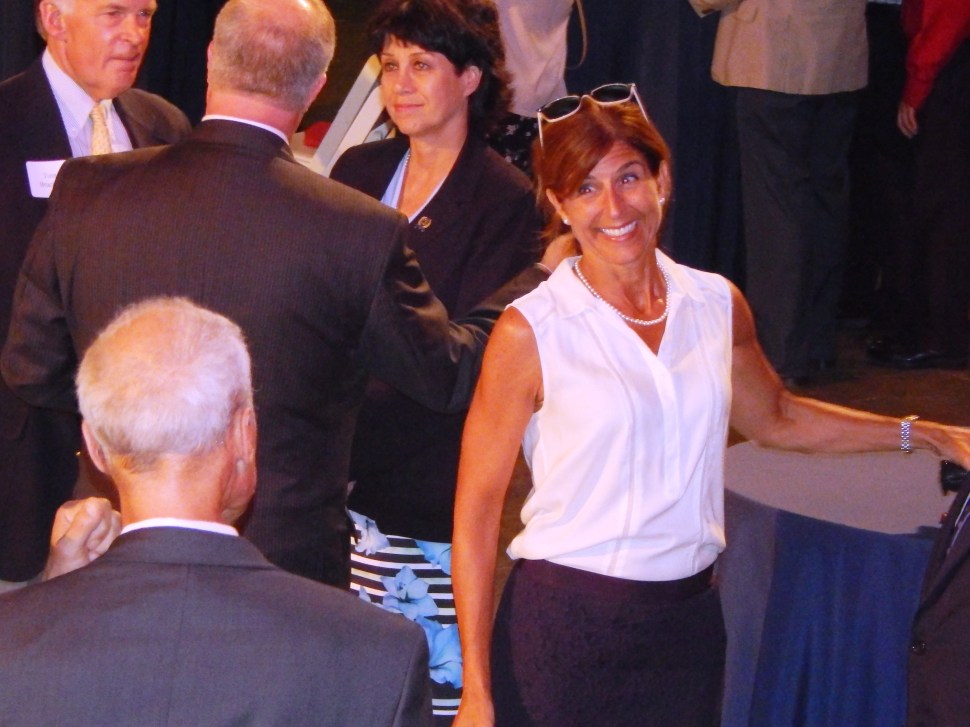 ASBURY PARK – Inside Convention Hall a group of Chris Christie loyalists could be seen milling around with smiles for the press assembled on a deck facing a stage backed by a huge American Flag.

Also in the room, Atlantic County GOP Chairman Keith Davis, who’s been counsel for the NJGOP for about a month now. State Senator (and Middlesex County GOP Chair) Sam Thompson (R-12) was here, and so was Assemblyman Greg McKuckin (R-10).

Many more were in attendance. The big room filled fast. 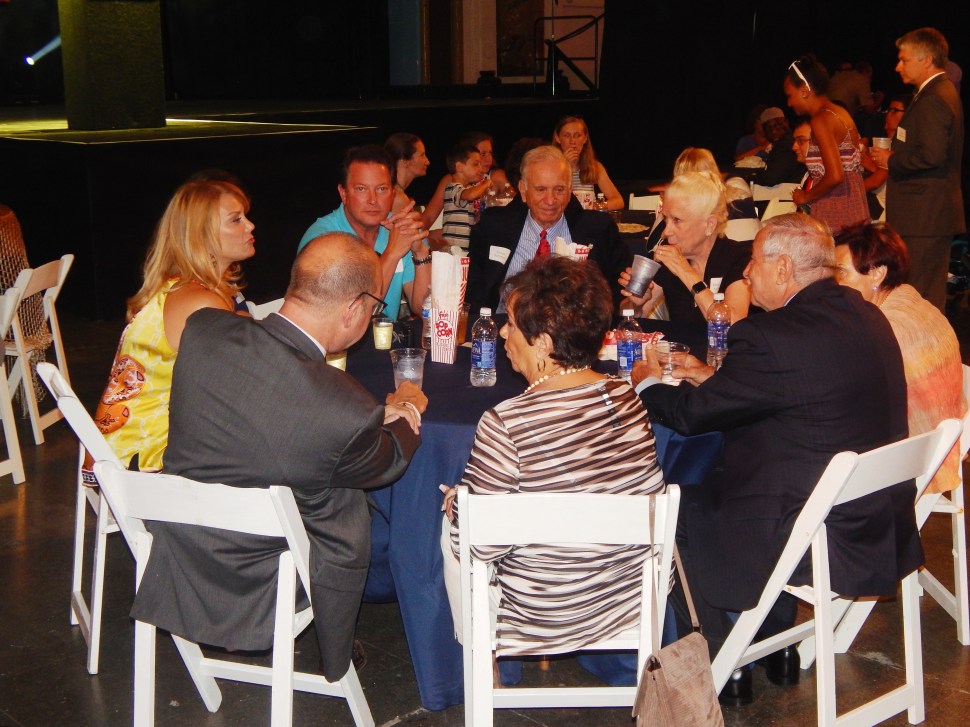 Ten to 12 tables like the one pictured above packed the main area in front of the stage in Convention Hall where, presumably, Christie would speak. 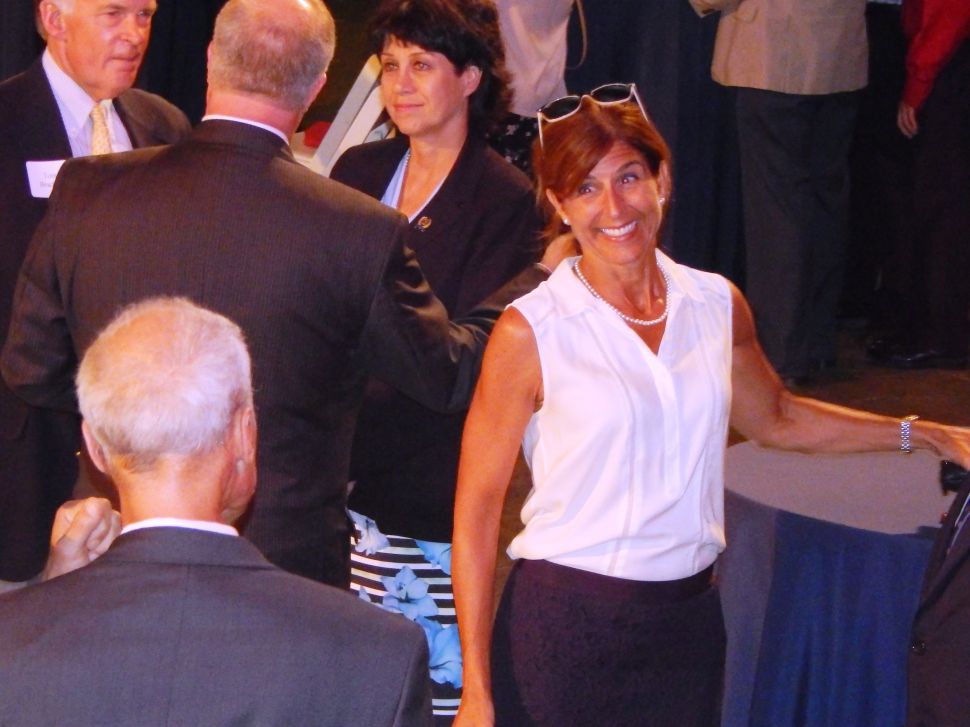