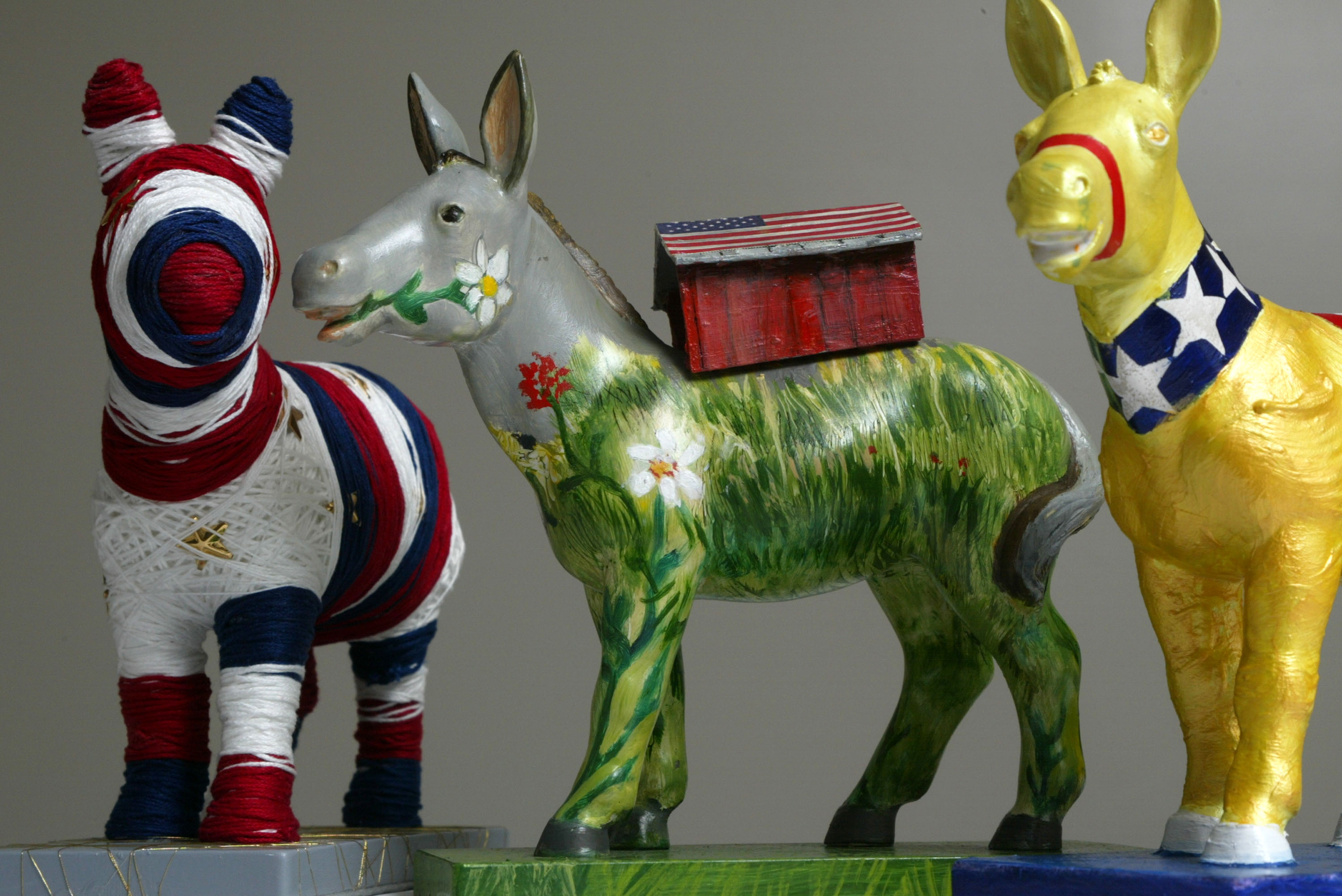 Maquettes of donkeys, the symbol of the Democratic Party. (Photo: Alex Wong/Getty Images)

For the reader of liberal online discussion boards who possesses even a smidgen of objectivity, the experience can be a bit surreal. It is an article of faith among progressive message-board pundits that America’s changing demographics will deliver inevitable electoral victory to their side and that this occurrence is just around the corner.

Any day now, as the narrative goes, the nation’s growing Hispanic population will join together with America’s liberal-leaning youth and swamp the forces of right-wing reaction at the polls. In fact, it already would have happened, had it not been for Republican chicanery: gerrymandering and restrictive voting laws that are preventing Team Blue, albeit temporarily, from riding forth to the righteous victory that the demographic gods have rendered inevitable. The Republican Party, having gotten crosswise with everyone except old, married white people, is perhaps an election cycle or two from its well-deserved demise—headed the way of its predecessor, the Whigs.

The Democrats control only 188 seats in the U.S. House of Representatives, which represents about 43 percent of the 435 total seats. That accounts for the lowest total of House seats the party has held since 1949.

It is only at great risk that the objective observer enters into this discussion armed with numerical facts. Pointing out that rumors of the Republican Party’s death appear to be greatly exaggerated can get such a person the sort of treatment normally afforded to an enterprising skunk which has somehow found its way into a Park Avenue penthouse.

And yet, the facts are what they are. The myopia inherent in controlling (at least for now) the presidency, the most visible and singularly powerful office in the land, cannot entirely blot out the fact that Democrats are at a tremendously low ebb at all other levels. At this moment, the Democratic Party controls only 44 out of 100 seats in the U.S. Senate, a number that effectively rises to 46 when including two independent New Englanders (Sen. Bernie Sanders of Vermont and Sen. Angus King of Maine). That accounts for the best statistic the party can claim at present.

Additionally, the Democrats control only 188 seats in the U.S. House of Representatives, which represents about 43 percent of the 435 total seats. That accounts for the lowest total of House seats the party has held since 1949. It is a wonderful thing for a party to control the presidency, because at least it provides, through the veto, the ability to block the other party’s legislation, and President Obama’s creative use of his executive powers has provided some victories—but it is a fact that a president’s power is severely constrained when his party does not control Congress as well.

The numbers get even worse for Team Blue at the state level. With only 18 out of 50 governorships—36 percent of the total—and only 30 of the nation’s 99 state legislative chambers, representing barely 30 percent of the total, the Democrats currently find themselves in full control of only seven states: California, Connecticut, Delaware, Hawaii, Oregon, Rhode Island and Vermont, all among the nation’s most liberal states. The Republicans, by comparison, have full control of 24 states, including, among others, two states that have gone Democratic in at least six consecutive presidential elections: Michigan and Wisconsin. With the federal government increasingly paralyzed by ideological gridlock, much of what might otherwise get done at the federal level is now falling to the states, and the Democrats have abysmally few opportunities to control policy at that level.

It may well be a fact that the growth of demographic constituencies who currently favor Democrats eventually will lift the party’s electoral fortunes. That is entirely possible. However, this occurrence, we are told, seems always to be just around the corner without actually ever arriving. Could it be that the emerging Democratic majority, as foretold in the book of the same name by John Judis and Ruy Teixeira in 2002, is not as near, or as foreordained, as we have been led to expect?

It is fine and well for Democrats to dream of the glorious future when their party rises to dominance at some point in the future. But to accept that such a future is inevitable is no substitute for figuring out how to win now.

It is also possible that, by the time today’s young, liberal voters have become the dominant political bloc, or the demographics have shifted to make the Hispanic vote pivotal at all levels—not just the presidency—that Republicans will have found a way to reverse their fortunes among those groups and others. Until the Great Depression, the African-American vote, currently in excess of 90 percent Democratic in most elections, was solidly Republican, and when they were younger, the Baby Boomers, currently a Republican-leaning demographic, were quite liberal. Allegiances change as circumstances change. If we look at the electoral map from the 1916 presidential election, we see that almost every state that voted Republican that year was a Democratic-voting state in 2000, and vice versa. Nothing is permanent in politics.

But even if the glorious demographic revolution does eventually deliver perpetual victory to Team Blue, how much time will it take the Democrats to undo the laws the Republicans will keep putting on the books while they still—temporarily, of course—have such outsized control of the nation’s politics?

It is fine and well for Democrats to dream of a glorious future in which their party rises to dominance. But to accept that such a future is inevitable is no substitute for figuring out how to win now. Democrats can talk all they want about how the Republican Party is dying, but they would do well to consider this sobering question:

If Team Red is kicking their asses so completely today, when it is reportedly so feeble, what is the GOP going to do to the Democrats if it ever recovers and rises from its deathbed?

Cliston Brown is a communications executive and political analyst in the San Francisco Bay Area who previously served in Washington, D.C. as director of communications to a longtime Democratic member of the U.S. House of Representatives. Follow him on Twitter: @ClistonBrown 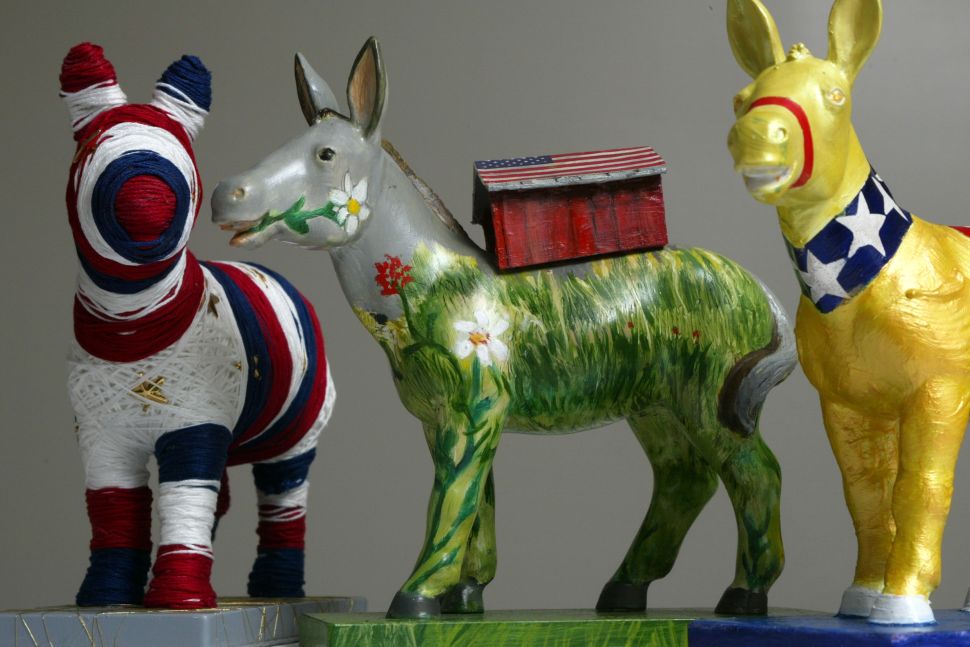