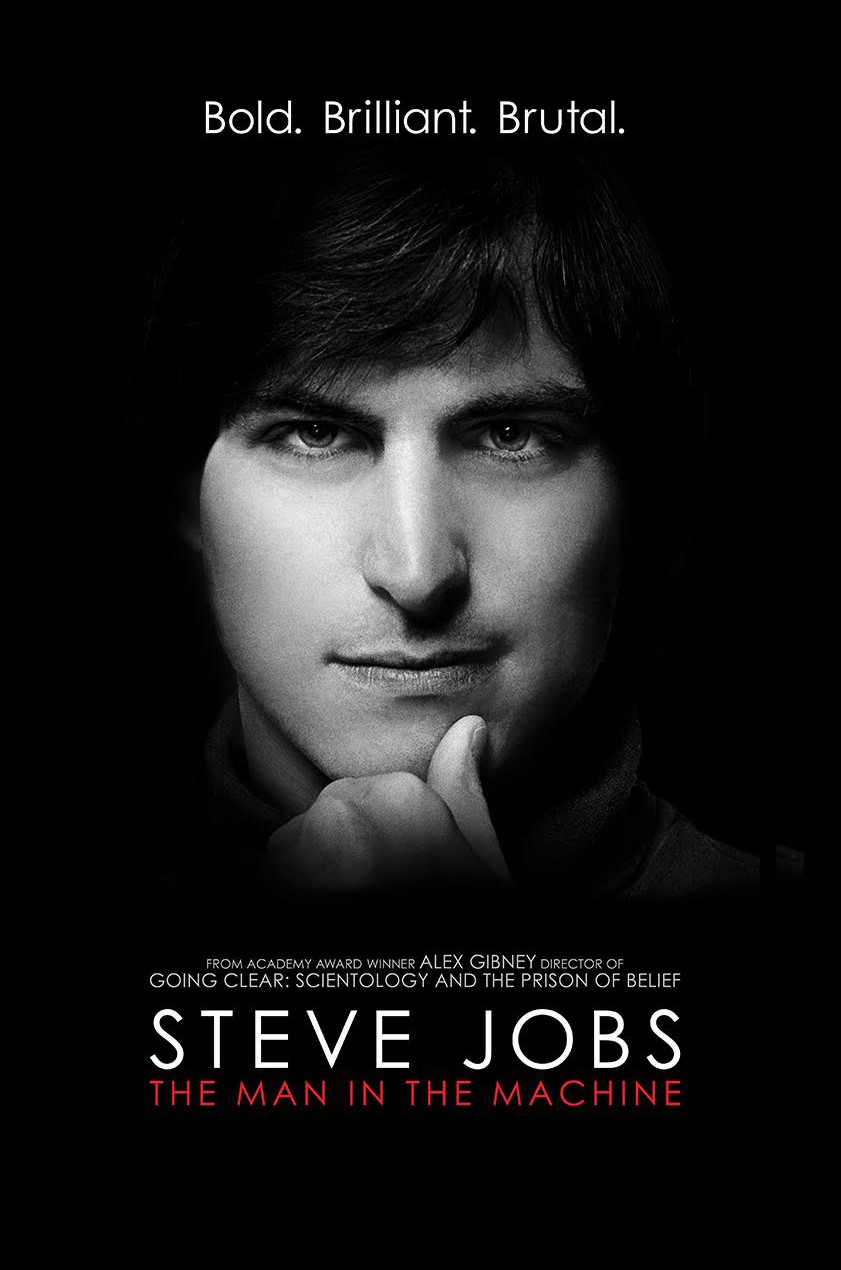 Last night, a new documentary chronicling the life of Steve Jobs and his nearly life-long project Apple premiered at the Crosby Street Hotel in Manhattan.

The film—titled, Steve Jobs: The Man in the Machine—captured the dichotomy of its subject as both a beloved man and a genius that went a little too mad. It featured interviews with some of Apple’s earliest employees, friends and journalists who knew him well and also Chrisann Brennan, the mother of Mr. Jobs’ first child, Lisa, who controversially shares the name with an early Apple personal computer.

The documentary opens with the worldwide public mourning of Mr. Jobs, and throughout, it examines why millions of people who never met him felt a personal sense of loss when he died in 2011. It notes the response was similar to how people felt during the passings of John Lennon, John F. Kennedy and Dr. Martin Luther King Jr.

It circles back to this question in the end, after looking at the affect—both good and bad—he had on the world. Some key moments of the latter affect include: how he swindled Mr.Wozniak out of 90 percent of the profits for an Atari game they co-created; his attack of sorts of a Gizmodo editor who leaked an iPhone design and when he legally denied paternal rights over Lisa and refused to pay $500 in child support when Apple was valued at $200 million.

The film—which premiers in theaters, on demand and on iTunes on September 4—was directed by Academy Award winner Alex Gibney, who revealed his thoughts on the film and Mr. Jobs during the Q&A at the screening’s conclusion. The following questions—asked by various attendees—and Mr. Gibney’s answers have been edited for length and clarity.

Was there someone you wanted to interview for the film but weren’t able to?

There were a lot of people. The first person I reached out to was his wife Laurene Powell Jobs, and it seemed like she would do it or we’d at least have a conversation. But that didn’t happen, and it turned out she told others not to talk to me for the film. It propelled me into other angles that I might not have pursued otherwise.

Was it difficult editing this and figuring out the story arc considering the dichotomy in his character?

I think there’s a lot about Steve Jobs that’s very moving, and he died young and that’s very sad. He’s a human being, and I think you have to reckon with that holistically. I feel very strongly about that. That’s why in the film at the end, we take time to include the remarks from Regis McKenna, who was very close to him, and Steve’s remarks about how happy he was that he got to spend so much time doing what he loves. It’s not simple; he was a human being. 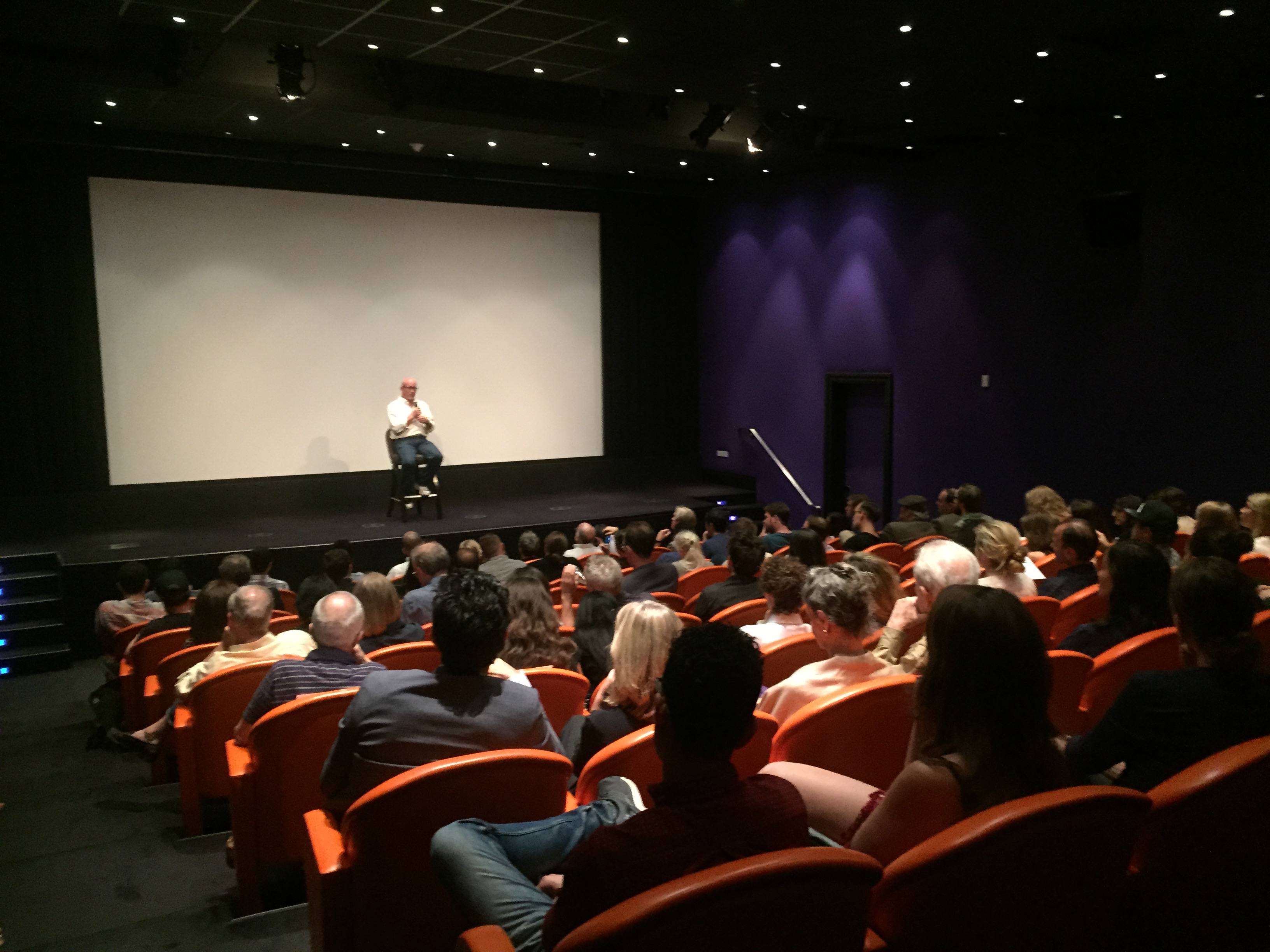 Did you interview Walter Isaacson? (A write who biographed Steve Jobs in a best-selling book that broke all records for sales of a biography)

I didn’t interview him, but I had some conversations with him. I mean, Walter wrote his book and was graced by a very long interview with Steve Jobs, but I felt it was very important for me to go in my own directions. I read the book; it was an excellent book. My only comment about the book was that he got all this level of detail but didn’t seem to take it into a direction. I was conscious of the fact that a lot had been done, a lot had been written about Steve Jobs, much of which I also read, but I wanted to find a way to focus it so it didn’t just piggyback on that material. And, in a way, it ended up being not just about Steve Jobs but also about, us.

I can’t help but notice this comes right after the scientology documentary (Mr. Gibney’s other recent documentary, Going Clear: Scientology and the Prison of Belief) did you notice any parallels between the Apple culture and jobs and what you saw covering Scientology?

Yes, there is a cult of Mac, and there are certain parallels with the church of Scientology. I’m not aware, though, of Apple technicians showing up on doorsteps trying to intimidate you. Sara talks about it in the film and other people talk about it, that there is this feeling that there is a passion for the person and the products that no criticism can be tolerated. That I do find interesting, and I think, why should that be? Can’t we discuss how pitifully paid and poorly treated the Apple workers in China are, even as we admire the technical aspects of the products? There seems to be need to deify that stuff in a way that brooks all criticism, and that doesn’t verge sometimes on the religious.

Would you have made this movie if Steve Jobs were still alive?

Yes, but the imperative wouldn’t have been there. It’s true the imperative for me was, “Why were so many people weeping for Steve Jobs when he left?”, but could I have imagined having made it or being motivated to make it? Maybe. But it seemed like a moment had passed when he died.

There’s a question people have asked me: “If he had been alive, what question would you have asked him?” The first ten times, I didn’t have a very good answer. But I thought about it enough to say I think I would’ve asked him a question which revolves around a lot of what he says in the movie. Over and over again, Steve Jobs keeps talking about values, the “values of Apple” and that they broke down someone from Gizmodo’s door because it “represented Apple’s values.” If I had the opportunity to ask Steve Jobs one questions it would’ve been that. “What are your values? Explain your values.” 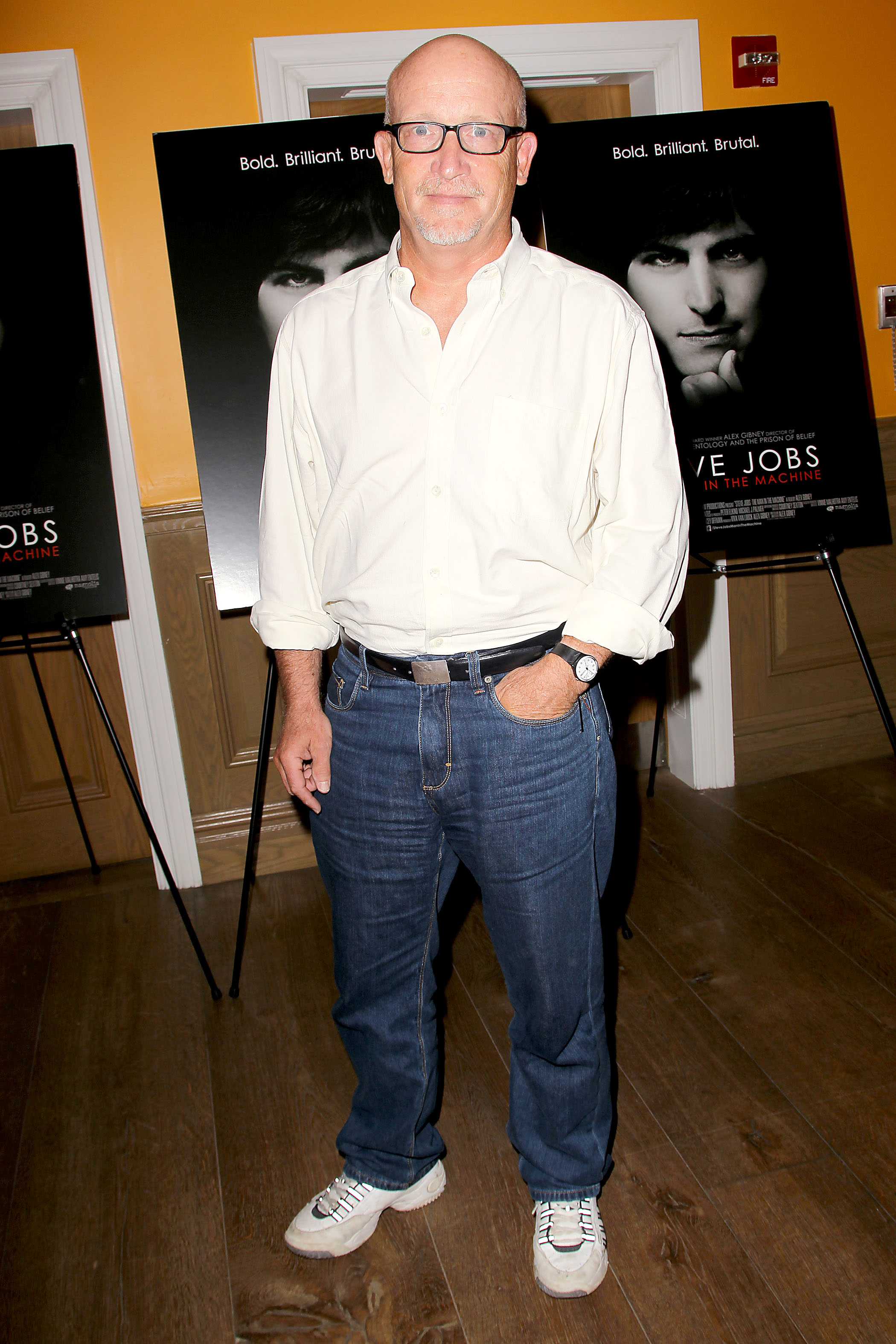 What do you think about his attitude of hanging on to all that money and not being philanthropic?

I think it’s reprehensible. I think you can’t take it with you, and I don’t go into it in a great amount of detail in the film, but throughout his career, he mocked Bill Gates for being a sort of Tupperware salesman and not representing values that he felt were important. And now, Bill Gates in his later years, is doing a lot to improve the lot of all of us by putting his money where his mouth is. So I don’t know where to take this; he straightforwardly said “Giving away money is a waste of time.” It’s hard for me to understand that. He had the focus, and he felt his focus was to make great products. He was a monk without the empathy, and he didn’t care about the other stuff. His job was to make great products, so fuck everything else.

It’s been four years since he died, so I’m wondering why you think we’re still so obsessed?

It goes to the heart of why I made the film—and I can’t say there’s a simple answer—but I think one of the answers is that he was there for the path for all of us to take that journey with becoming more and more comfortable with our devices. We have become part computers and computers have become part of us, and Jobs was very smart about understanding how to make the computer personal. Having been on that journey with us, I the fact that he’s gone is still upsetting because there’s nobody around who still speaks to that. It may have been something of a fiction—it may have been something of a myth—but I think Steve Jobs’ great talent was as a story teller, and it’s discomforting that he’s gone and unable to tell us those stories.

I’m just curious about the music rights. I know Bob Dylan doesn’t like giving the rights to his songs. Was it hard to get all of those rights? 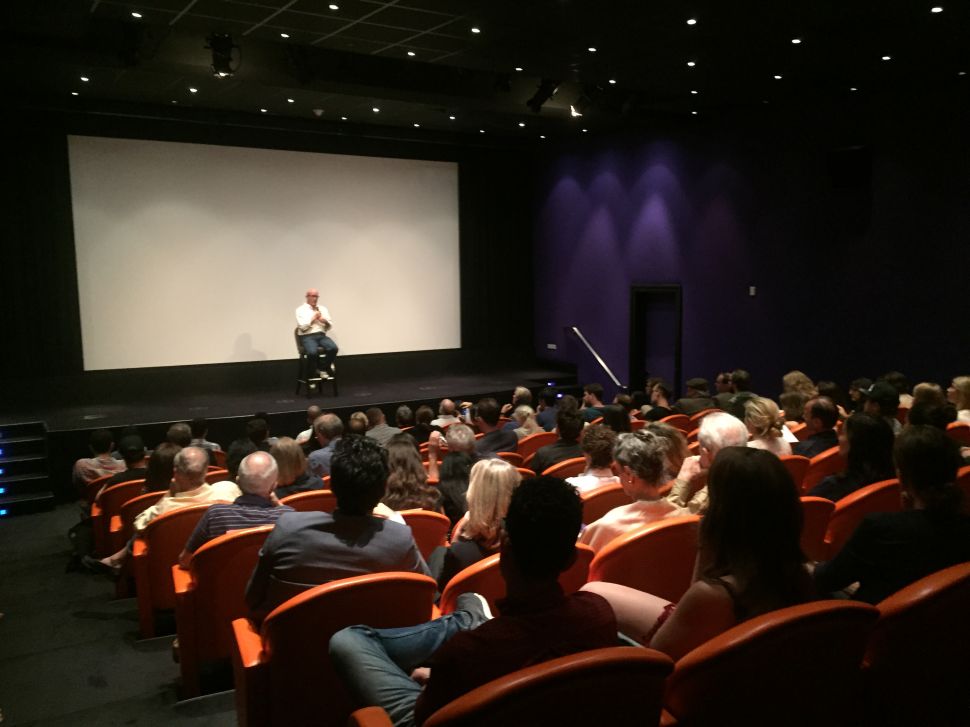