Ten years ago, all eyes in the art world were fastened on Getty Museum curator of antiquities Marion True, who was put on trial by the Italian government for conspiring to acquire stolen art for the museum. But, while the trial set off a wave of panic among museum officials, caused a frenzy in the media, and forced Ms. True, widely considered one of the greatest scholars in her field, out of a job, all charges were dismissed in 2010. The trial has now become the stuff of legend.

For a time, the curator adopted such a low profile that some colleagues actually believed she may have passed away. But Ms. True, 66, hasn’t disappeared, far from it, and it seems she may have the last word after all.

The curator has released excerpts from the rough draft of a memoir on the scandal to The Washington Post, and also sat down for interviews with the newspaper. The picture she paints is one, if not of innocence, at least of scapegoating by her bosses and by the museum industry as a whole.

In one interview, she told a reporter: “I understand why the Italians did what they did…It was very clever, and it was very mean, but at least I understand why. [Hundreds of disputed antiquities were returned to Italy as a result of the prosecution.] What I never understood is why American museums did what they did. And my colleagues and my bosses never, ever stood up for me. They acted as if I had done all this stuff on my own, which would have been impossible to do. They just vanished.”

In Ms. True’s own words, she was indicted for “participating in criminal activities including conspiracy, trafficking in and possession of stolen works of art.”

Now, she seeks to upend the portrayal of her by some in the media as “a scheming, manipulative and avaricious rogue curator” and says the news coverage of the trial, “ignored the realities of the situation and the constraints within which I worked.”

The Los Angeles Times reporters covering the matter later wrote a book, titled Chasing Aphrodite: The Hunt for Looted Antiquities at the World’s Richest Museum, harshly critical of Ms. True, who became something of the villain of their tome. Authors Jason Felch and Ralph Frammolino were criticized for their stance on Ms. True, and subsequent profiles, in the New Yorker and elsewhere, were more sympathetic.

Prior to the scandal, she had been credited with putting together one of the world’s finest collection of antiquities and had spoken out often against looting—sometimes even, ironically enough, at the invitation of the Italian government.

Ms. True’s memoir excerpts by themselves are far from a revelation; they neither provide new confession to alleged crimes, nor do they profess her innocence. But, in a first: she is now saying that yes, she likely acquired looted art for the Getty.

On why she has chosen to write the memoir now, she offered up this insight in her excerpts:

At this point, I write not to respond to anyone but simply to recount my own story. How I came to practice my profession, the people, places and events that shaped my choices, and finally, how I and my American and French families survived ten difficult years of investigation, vilification and public trials.

Within the art world, this is a keenly awaited book. 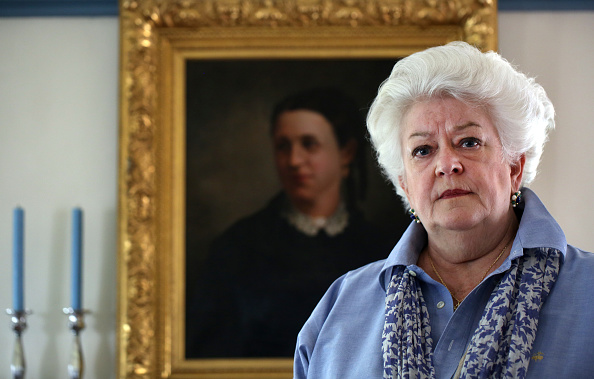