Plot twists in the infamous, and unsolved, heist of half a billion dollars in art from Isabella Stewart Gardner Museum on March 18, 1990 just keep coming.

Last week, the FBI released never-before-seen security camera footage from the night before the heist that shows an unidentified man entering the museum through the same door used by thieves 24-hours later. The man briefly interacts with the night guard, and then disappears into the night in a car that mysteriously fits a similar description to the one used in the robbery.

Federal authorities have released the footage with the hopes that public cooperation might lead them to identifying the late night visitor.

The Hartford Courant reports that former Gardner security guard Richard Abath, who was on duty the night the film was recorded and the night of the robbery, has once again become a person of interest in the investigation. According to statements made in previous interviews, Mr. Abath never mentioned the visitor who dropped by during his shift at 12:49 a.m., approximately 24 hours before the time of the robbery.

Officials are still trying to make heads or tails from the 25-year-old footage, which has been re-examined in recent months according to Boston U.S. Attorney Carmen Ortiz in a statement released on Thursday. Investigators would not give more details as to the timing of the footage’s release, but did explain that while the thieves absconded with video from the night of the robbery, they left the footage from the night before.

To date, the most promising breakthrough in the case has come from 79-year-old mobster Robert “Bobby the Cook” Gentile, who is currently in jail on gun charges but suspected to have knowledge on the missing paintings’ whereabouts.

Paintings by Vermeer, Rembrandt, Degas, and Manet are among the $500 million of stolen art from the heist.

Correction [August, 11, 2015, 9:30 a.m.]: The main image for this article has been changed. The previous image did not depict the unidentified suspect mentioned in the story. 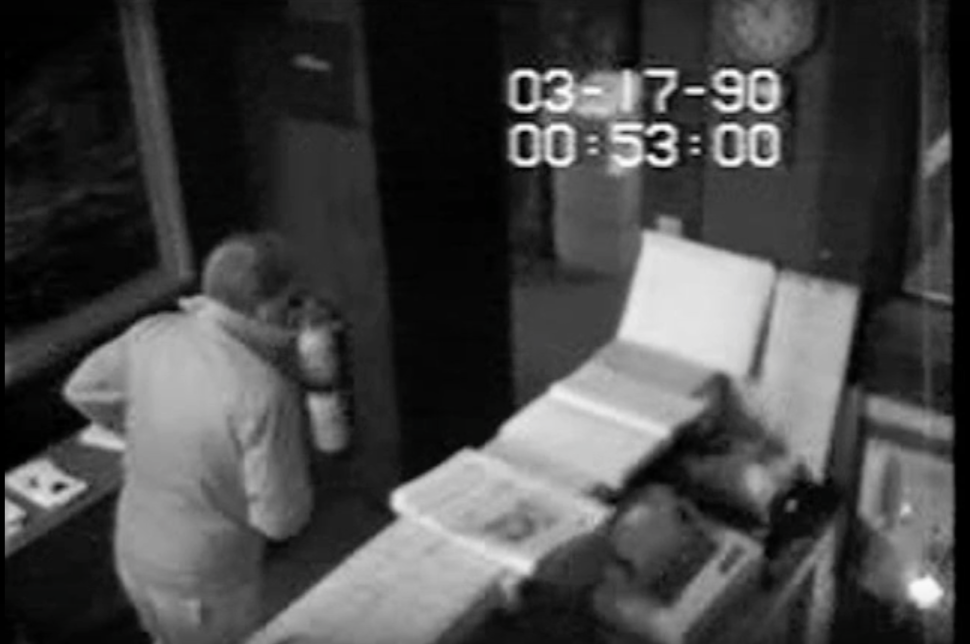