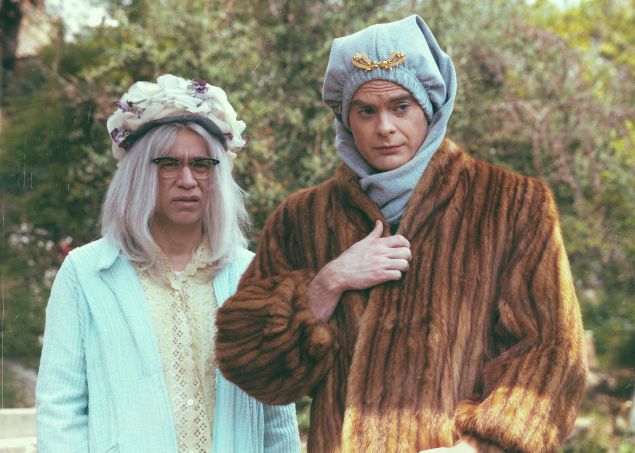 A bunch of guys siting around talking about their favorite documentaries…

Doesn’t exactly sound hilarious, does it? Now imagine that within that group are Fred Armisen, Bill Hader and Seth Meyers, all veterans of Saturday Night Live and accomplished sketch comedy artists.

Out of that discussion came the game plan for six wonderfully daft episodes of the new IFC series, Documentary Now!, which manages to satirize the genre while still capturing the authenticity of the format in an extremely pleasing manner.

“Documentaries have always had an enormous fan base, but they seem especially hot right now,” explains Executive Producer Rhys Thomas, “I mean, The Jinx was huge, and that’s just the latest documentary to capture the public’s attention. Just think about all of the other documentaries that have been made that people talk about. People really get into these so we decided to do the best take, with a twist, on documentaries that we could.”

The series parodies six classics docs, from Grey Gardens (Sandy Passage) to the 1922 film Nanook of the North (Kunuk Uncovered), as well as The Thin Blue Line (The Eye Doesn’t Lie) and for HBO’s Vice fans, there’s Dronez: The Hunt for El Chignon. Add to this a tale about an Icelandic Al Capone Festival, entitled A Town, A Gangster, A Festival, and the first season finale, Gentle & Soft: The Story of the Blue Jean Committee, a musical tribute to a fictitious ‘70s band.

All three SNL alum write and produce each film, with Armisen and Hader taking on various roles within the pieces.

To add to the seriously funny narrative, Oscar-winning actress Dame Helen Mirren introduces each episode in the regal manner for which she’s come to be known, constantly reminding viewers that Documentary Now! is in its 50th season! It’s all very ‘Masterpiece Theater’-like, in a slightly ridiculously comforting way.

Having the Dame involved in the series is still a bit of shock to Rhys, as he admits, “She was our example of what we wanted all along and all we dreamed about for that role, but we didn’t seriously think it could happen.” But then, Thomas says that it was the talent involved in the series that drew her to get onboard. “She hosted SNL so she knew Seth, Fred and Bill. I think Seth reached out to her and it turns out she’s a fan of [Armisen’s series] Portlandia so she agreed to do it. She’s definitely a dream get. I mean, seriously, she’s a Dame!”

The nature of the series allows for a host of other guest stars as well. This season features Jack Black and John Slattery, among others. “It helps to have Fred and Bill at the heart of the series. There are a lot of people who want to work with them,” explains Thomas.

Teasing more specifics about the upcoming episodes, Thomas reveals, “Well, John Slattery doesn’t have many lines in his role, (in Kunuk Uncovered ) but he and Fred are really funny together and I think people will really enjoy that. For A Town, A Gangster, A Festival, we really went to Iceland to shoot that, and we had these amazing Icelandic actors doing all this improv—in Icelandic! That was really surprising because we didn’t plan that, but it turned out really wonderful.  And, the season finale, the music episode, has a lot of people in it that will be really fun for viewers to see.”

Actual documentary filmmakers are generally a very serious bunch, so Thomas and everyone behind the series were certainly concerned about offending anyone, but that point seems mute, as Thomas says, “It worried us a bit because you don’t want to upset anyone but, we’ve reached out to a lot of actual filmmakers and told them what they’re doing and we’ve actually been met with a lot of enthusiasm.  There seems to be energy in the doc world that’s good and we’re using that in what we’re doing. I don’t think people will see anything negative in our work because you can see that what we’re really coming from a place of love for the format. We’re taking care to pay homage to all of these documentaries and be as respectful of these films and their creators as we can, we’re just doing that with our humorous sensibilities thrown in.”

When asked if the team would ever consider making an actual documentary about the making of Documentary Now!, Thomas laughs a little and says, “You know, we’ve joked about that a lot! But, we absolutely could do it and I think it would be really terrific.” He pauses a moment, still amused by the thought,  and adds, “I would hope it would be respected on some level for the work behind it, but if our documentary about us making fake documentaries just made people laugh, that would be ok.”

Coming back to his thoughts on the series at hand, Thomas really wants viewers to know that Documentary Now! isn’t simply just a ‘mockumentary’ series, saying, “We’re fans of the format [of documentaries] and we’ve gone to great lengths to expand on what’s perceived as the mockumentary style. We’ve added our own design elements to this that we hope people will embrace. As far as the subjects that we cover, we’ve really tried to embed ourselves in the reality of whatever piece we’re taking on. I think Bill and Fred have done an outstanding job of being real in each character that they take on. Nothing is staged conveniently. Everything is on location so we can be in the world.”

The team behind Documentary Now! is obviously doing something right as IFC announced earlier this week that they’ve already renewed the series for two more seasons. As for what real-world docs might be lampooned in season two, Thomas says, “We don’t have specifics in place but we have a list of what we’d like to do. We had so many ideas in those initial meetings about the series that we have enough thoughts about which subjects we’d to take on to keep us moving forward.”

What all of this boils down to is quite simple, reveals Thomas as he declares, “The whole goal of the show for us is to have someone turn on the show and if they know nothing about it, we hope that it takes them a good ten minutes to figure out that it’s not a real documentary. If that happens, then we’ve certainly done what we set out to do.” 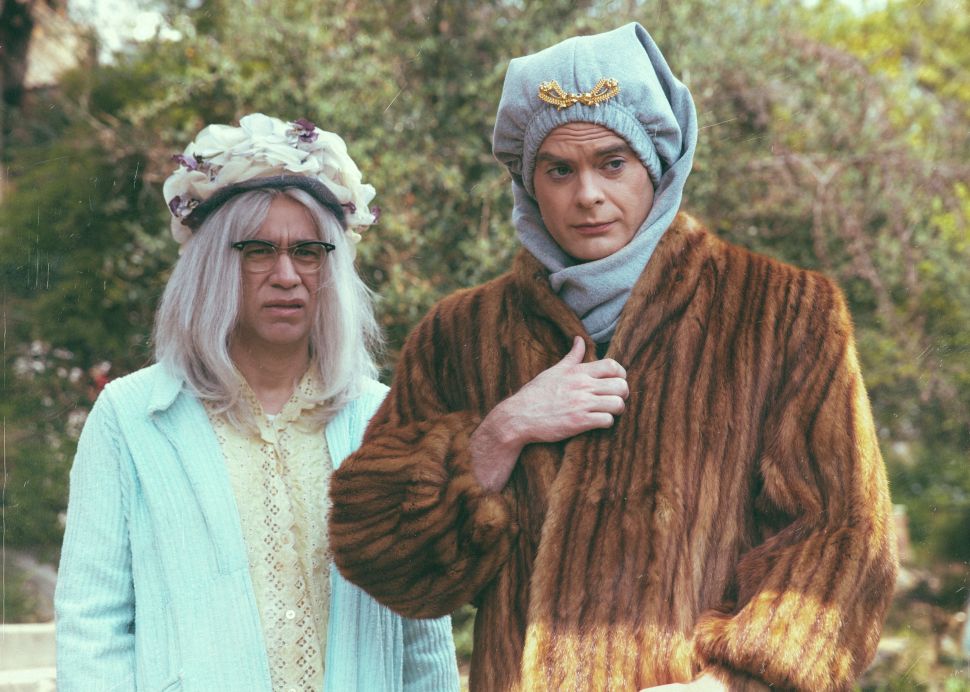