The transition from teen TV star to adult musician is tricky enough—but try adding the last name Spears into the mix.

Jamie Lynn Spears, the younger sister of Britney Spears, made her acting debut in her big sister’s 2002 feature film Crossroads, and was well received on the Nickelodeon series All That and Zoey 101. Jamie Lynn Spears’ budding career hit a roadblock in late 2007, when she revealed, at the age of 16, that she was pregnant with her then-boyfriend Casey Aldridge’s child.

The revelation ignited a considerable controversy, and effectively derailed her ambitions.

The tabloid frenzy that drove Jamie Lynn Spears out of the spotlight and into Nashville might just have been a blessing in disguise.

But, like a silver lining in a storm cloud, the tabloid frenzy that drove Spears out of the spotlight and into Nashville might just have been a blessing in disguise.

(Or, perhaps the Spears family just attracts undesirable press: The day of our interview, Spears was still fending off queries regarding—and her representative was requesting no questions about—a December 2014 incident involving the brandishing of a large knife inside a Louisiana Pita Pit.)

The now 24-year-old Spears began her songwriting career about seven years ago, which culminated with the 2014 release of her aptly titled debut EP, The Journey.

“When I went to Nashville, I was really just a songwriter and kind of worked on my craft as an artist, and that’s when I started writing music,” Spears told the Observer in a recent phone conversation. “[The Journey] was just a little collection of all the songs that I had written.”

Now, Spears’ journey continues, as she joins the growing ranks of female country artists taking a distinct point of view and wrapping it in a radio-ready package.

Rather than backhand the bottom-feeding media scorning her—as Britney did so memorably on 2007’s Blackout—Jamie Lynn wittily spins past troubles into slick, banjo-laced country-pop: The Journey’s opening track features the startling line “A little pink plus and there wasn’t no guessing/We’re gonna have us a shotgun wedding.”

Even a cursory spin of The Journey, produced by Corey Crowder, illustrates how serious Spears is about making music—on her own terms, and out from under the shadow of her famous surname.

“It’s a part of my story; it’s a part of who I am,” Spears says. “I’m very proud of my sister and I’m proud of my last name, and I think … everyone has that thing in their life that’s kind of special to survive and that’s mine. I wouldn’t say I’m going to ever complain about it because … many doors have been opened and closed as well.

“At this point, sometimes people don’t know what to expect of me because of my last name. I think the minute that you show your true self to people and they see that, it kind of washes all of that away.”

Rather than backhand the bottom-feeding media scorning her, Jamie Lynn wittily spins past troubles into slick, banjo-laced country-pop.

In the spirit of showcasing her true self, Spears has been touring over the last 12 months to support the EP, and will perform Sunday at Connecticut’s Ridgefield Playhouse.

Indeed, The Journey is remarkable not just because it’s a breezy, unforced collection of what Nashville currently considers country music—just enough mandolin, banjo and dobro to keep anyone from confusing it for straight-up pop or rock—but because Spears is disarmingly frank.

“I ran down the dock/And jumped in the boat/I gave that boy my heart,” Spears sings on “Big Bad World.” “It was back in the time/When I thought you could buy/A new one at the Walmart.”

There, in just a few lines, Spears, who co-wrote all five songs on Journey, illustrates a heartbreaking reality of small-town life—a girl pinning all of her hopes on the boy she likes, only to have him let her down.

It’s the sort of sentiment Miranda Lambert or Kacey Musgraves might put into a chart-topping single, but it arguably carries a little more force from Spears, if only because it’s so unexpected.

“I think if I walked into Nashville now, and I’d never written [songs], I’d probably be a lot more guarded and not know how much to share or what to share,” Spears says. “Some of the first [songs] I ever wrote were some of my favorites because I was a little naive of the process and was just really an open book. That vulnerability made for some of my favorite songs.”

Whether that vulnerability remains is an open question—Spears says she’s working on new music—but whatever transitions lie ahead for Jamie Lynn Spears, she’s approaching them one step at a time. 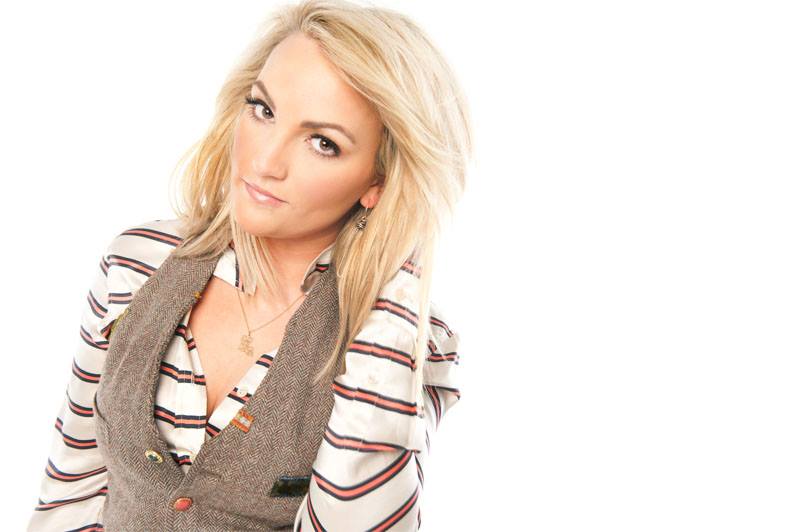