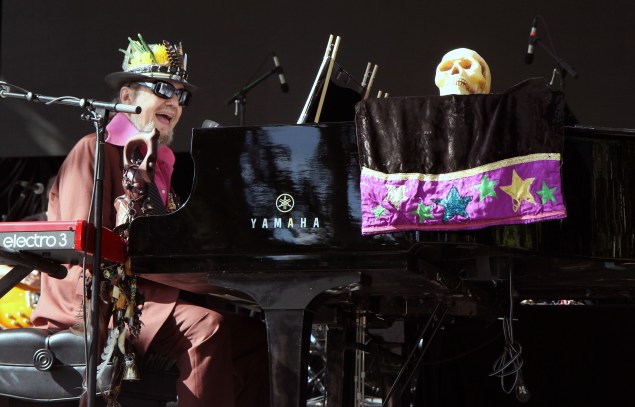 What’s keeping him going? Whose youth is he siphoning? It must be the forces in his music.

Perhaps the skull belongs to his namesake, John Montenet, a voodoo-practicing freeman of color and purported Prince of Senegal who also went by Dr. John. That Dr. John purportedly cast spells, cured illnesses, read minds and predicted the future. He was a Voodoo King of New Orleans, reigning supreme before Voodoo Queen Marie Laveau arrived on the scene. He also made Gris-Gris, small talismans worn around the neck that gives the wearer good luck and protects from evil spirits.

Today’s Dr. John must have some powerful Gris-Gris around his neck, too, as he seemed in much healthier spirits at last weekend’s two-hour SummerStage set than last summer, when he was hospitalized, minutes before taking the same stage in Central Park. There was no other doctor in the house. What’s keeping him going? Whose youth is he siphoning? It must be the forces in his music. 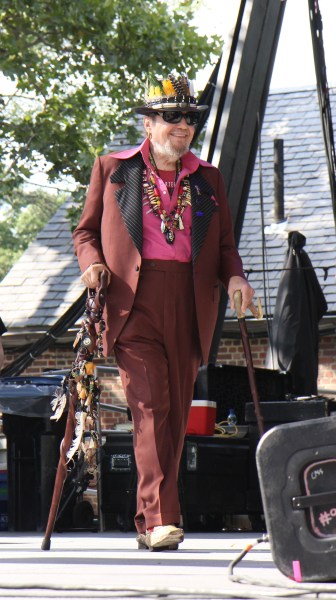 The early on pairing of New Orleans classics “Iko Iko” and “Shoo Fly Marches On” let Dr. John act downright spry. “Iko Iko,” about clashing parades of New Orleans Indians during Mardi Gras, has been covered to death. It’s one of those tunes that you might not know by name but you certainly recognize by melody. Back to back with “Shoo Fly,” the good doctor’s intentions were clear. In the wrong hands these tunes quickly devolve into children’s music, but Dr. John performed them simply intent on inducing frivolity. This is a man for whom Mardi Gras isn’t just a holiday, but a state of mind. When he then led his band, The Nite Trippers, into the joyous “Big Bass Drum (On a Mardis Gras Day),” the party was in full force. At this point Pauly, an old street performer from Philly wearing a hand-painted, 30-year-old Grateful Dead vest told me about hitchhiking to the city for the weekend to catch Dr. John. Pauly seemed entranced.

Dr. John’s version of Dave Bartholemew’s classic “The Monkey Speaks His Mind” made an appearance, with Dr. John urging audience members into a call and response between breaths. It’s a scathing commentary on the reductive notion of racial purity when one monkey says to the others, “Now, listen you two, there’s a certain rumor that can’t be true/ That man descended from our noble race, the very idea is a big disgrace.” Written by Mr. Bartholemew, a Black bandleader from New Orleans circa 1947, and performed today by a man whose family history is deeply steeped in the biracial Creole culture, the song loses none of it’s poignancy. If anything, it could have been written last week.

The highlights rarely let up throughout the set. “Gris-Gris Gumbo Ya Ya“, a nod to the aforementioned hoodoo talisman, is the first song from Dr. John’s first album Gris-Gris way back in 1968, and its performance created an effect of swampy spirituality that still invokes Mac’s persona. When he sang, “They call me Dr. John, known as the Night Tripper, satchel a Gris-Gris in my hand/ Day trippin’ up, back down the bayou/ I’m the last of the best, they call me the Gris-Gris man,” a cultural tradition was revitalized, a mythology modernized, and his persona was immortalized.

Whether it’s a testament to Dr. John’s powers, or some bayou enchantment that’s keeping him going is tough to tell.

Dr. John then played a few numbers from last years Louis Armstrong tribute, The Spirit of Satch. As a fellow New Orleans musician with a similar upbringing to Dr. John (they both grew up in the Third Ward district), Mr. Armstrong is an admirable if obvious legend for him to emulate. But in his rendition of “Wonderful World,” the good doctor arranged the classic to suit his style, shuffling, syncopated and funky. Dr. John also played Satchmo’s “Now, Do You Call That a Buddy,” a much heavier tune than “Wonderful World” where Mr. Armstrong rationalizes shooting a friend who has wronged him. Suffice to say, this one didn’t show up on The Spirit of Satch.

Dr. John further stayed young with a cover of Jimmy Williams’ “Big Legged Woman” from 1961, which has somehow eluded musical censors despite the lyric, “Well, let me tell ya somethin’/ What I’m talking’ about/ I bet my bottom dollar/ There ain’t a cherry in this house.” Were this line uttered by just any old man on the subway, it would appropriately be met with a look of disgust. But when Dr. John deadpanned it, the crowd erupted. 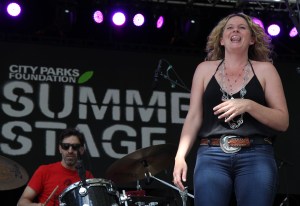 Opening the afternoon show was Amy Helm, daughter of The Band’s Levon Helm. Ms. Helm plays breezy Americana that would in lesser hands be an impulse purchase at a coffee shop or bookstore. But her confidence, sense of humor and beautiful voice carry the tunes into the warm stratosphere of high vibes. Ms. Helm reminisced about her relationship with Dr. John, who was a good friend of the family growing up. She told the audience how he mentored her, encouraging her to keep practicing music. At one point he led the carpool, and would turn around from the driver’s seat to ask the kids, “Who wants to go to Mac Donald’s?”

It’s proof of Dr. John’s legacy that Ms. Helm, who has known him her whole life, was no less overjoyed to be opening that show. Similarly, when Dr. John closed the set with “Such a Night,” which he famously played with Levon Helm at The Last Waltz, The Nite Trippers couldn’t help but study his moves. Breaking into an intricate solo of modal chords reminiscent of hard-bop jazz, Dr. John went off into his own world, transforming a one-minute solo into a miniature masterpiece. While the audience was enchanted, drummer Herlin Riley of the Lincoln Center Jazz Orchestra was equally amazed, sitting up slightly from his drum stool so that he could see exactly where Dr. John’s fingers were headed next.

Whether it’s a testament to Dr. John’s powers, or some bayou enchantment that’s keeping him going is tough to tell, but Dr. John’s SummerStage performance last weekend was indeed a savory jambalaya. If anything, his age has somewhat increased the mystique of his character—the old Voodoo priest, holed inside a shack protected by a perimeter of blessed powder that wards off evil, praying for immortality by performing the rituals that keep him young. 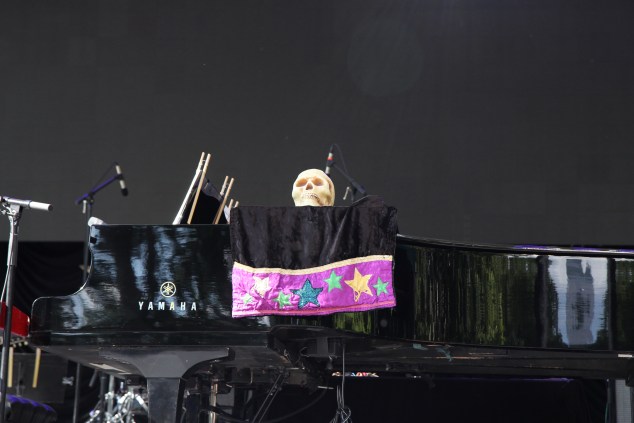 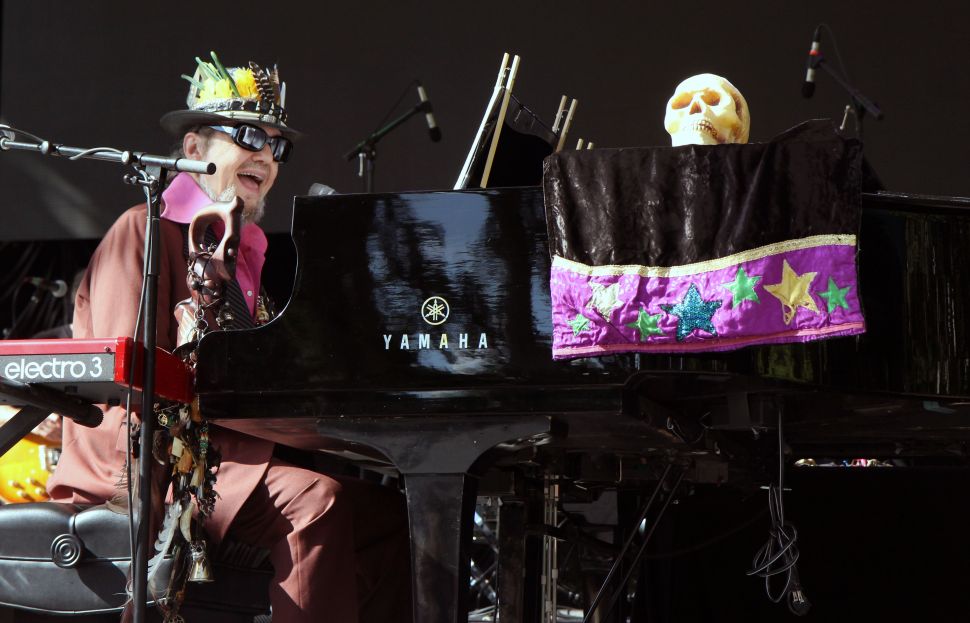