“Loggias, porte-cochères, balustrades, palladium windows, low roof, balcony,” Jeanine Pirro, the former Westchester County District Attorney, erstwhile Attorney General candidate and longtime Durst nemesis ticked off the attributes of the Italianate manse she built in 1988 with her ex-husband Al Pirro. “It’s very personal, not just customized. We went to Europe and traveled a great deal to make sure we got exactly what we wanted.”

Only, of late she’s decided that she doesn’t want the five-bedroom, seven-bath house at 3 Beechwood Circle, in Rye, anymore. She has co-listed it for $4.99 million with James O’Connor of Key Ventures in New York and Michele Flood of Coldwell Banker in Westchester.

“For everything in life, I think there is a season. My son was born there, my daughter was three when we moved in… it’s a big house,” Ms. Pirro, now a legal analyst and TV personality who also featured heavily in The Jinx, the recent documentary about Robert Dust, said of her decision to sell the place they designed with the help of an architect who specialized in Italianate mansions.

“We actually went to Italy with him, we told him what we liked and what we didn’t,” Ms. Pirro continued. “There was some marble at the Vatican that really struck me and we were able to go to the mountain and pick it out—a rosa and a green marble. We talked with the marble quarry and after 4 hours of drinking lots of wine, we pretty much agreed they would do the job. We ended up bringing workers from Italy.”

And was the end result what she had envisioned? “Oh, it’s spectacular!” she exclaimed, adding that they’d been a little worried about the loggia “looking like a pizzeria.”

“But it turned out to be brilliant.”

Mr. O’Connor, meanwhile, confirmed that while he’d “seen some really eccentric tastes” in custom homes “this is very much not the case here.”

“Everything is just really beautiful,” he cooed. “I haven’t heard a single negative word about it. Whoever the architect was was brilliant, to be able to put a six-car garage under the house like that.”

And there’s plenty of additional room for parking: located on 1.48 acres, the gated pie-shaped property also comes with a pool, and, as might be expected for the home of a three-time D.A., “all kinds of security cameras.”

A wise move to be sure: when Robert Durst, about whom Ms. Pirro is now writing the book He Killed Them All, which is due out in October, was charged with murder in Galveston, part of his successful legal defense was that he’d had to cover up killing his neighbor because Ms. Pirro had persecuted him and driven him from New York.

So where does Ms. Pirro plan to move now?

“I’m not telling anyone where I’m going, that’s for sure,” she said. 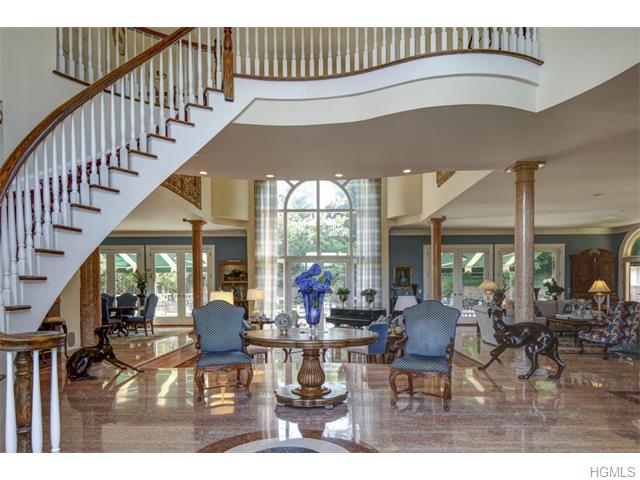