Astronaut Edgar Mitchell walks on the moon during the Apollo 14 mission. (NASA)

Recently, U.K. tabloid The Mirror, published a story quoting Apollo 14 Astronaut and sixth man to walk on the Moon, Edgar Mitchell, as saying that “Peace-loving aliens tried to save America from nuclear war.” To follow up on this claim and prior statements made to the Observer, we called Edgar Mitchell for a short follow up interview.

While the existence of extraterrestrials has always been a fascination driven by science fiction and supposed UFO sightings, this is not a claim you regularly hear from people who have actually been to space. Most recently, with the discovery of the potentially life-harboring planet Kepler 452b and NASA’s new mission to look for water and life on Jupiter’s moon Europa, the topic is once again in the mainstream and up for fierce debate.

I’d like to follow up on some of your previous comments regarding extraterrestrial life. Going back to the Roswell incident, many believe the crashing of an alien craft was covered up by the government—which supports your claim made in our previous interview. Is there anything that you know that differs from what the public is aware of?

Well I think it’s out there in the public. Circumstances were of course, that the Roswell incident was a post World War II event. We were doing nuclear testing over in the White Sands proving ground which was right across the mountain from Roswell and the Roswell Air Field was a military base supporting that. So it seems that most likely what the aliens were interested in was the fact we had a weapons testing facility at the White Sands Proving Ground and were also interested in what we were doing or what the U.S. military was doing.

What exactly were these crashed aliens doing there?

They were observing our activities at the White Sands proving ground and were monitoring our development.

A story went viral two weeks ago citing you as saying, “My own experience talking to people has made it clear the ETs had been attempting to keep us from going to war and help create peace on Earth.” Can you elaborate?

I don’t remember speaking to them personally. I don’t know where they got that information. I didn’t make those statements. Somebody has added to my words. Those weren’t my exact words but I don’t necessarily disagree with those statements.

But have you been told by individuals who worked at the White Sands nuclear testing facility that there was UFO activity? 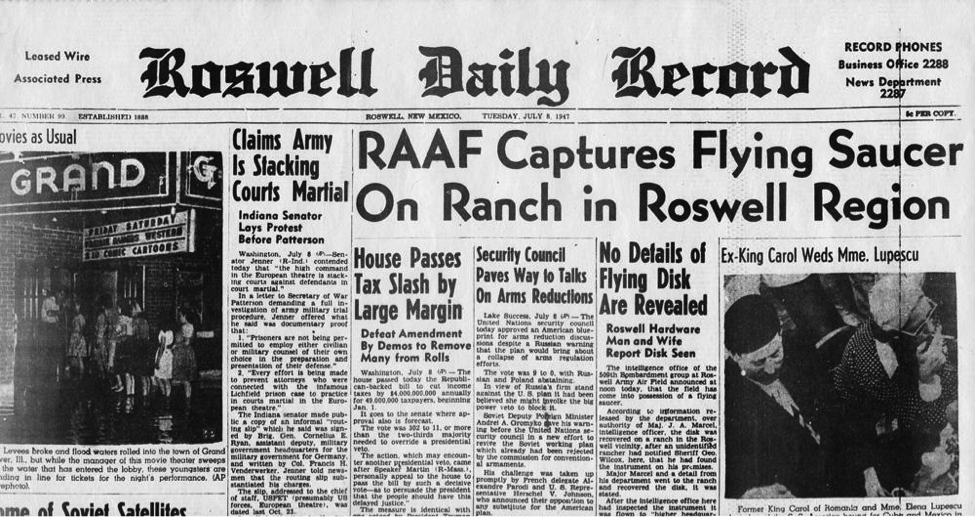 You grew up near the site of the Roswell incident. Did you ever see any UFOs?

No, I have not personally, but I’ve spoken to individuals who were in the military and worked at the base at the time.

You mentioned in a previous interview that the existence of extraterrestrials was being kept from the public because of the technology they can offer and that may affect the ‘moneyed’ interest. Who are these people that keep the information secret?

Whoever sets the stage for military or government activity. We’ll probably never know the exact reason for why they do what they do but those are the interpretations that seem common.

Switching gears now, I recently interviewed a startup that you sit on the advisory board of, SpaceVR. Do you think their technology will assist consumers in experiencing a similar effect you had during Apollo 14?

They could react to it that way. There’s a long history in human civilization where people have these powerful effects and responses to different perspectives. My experience in space is what people call a samadhi experience. I think that back in time people were having these kinds of experiences and being overwhelmed by them. Seeing the big picture. That seems to go back in history. You’ll find that those kinds of experiences have been around a long time.

Samadhi—is that a term from Hinduism?

I think that came out of the hindu tradition, yes. In the greek tradition it was metanoia—change of mind, change of heart. I believe in the Buddhist tradition Satori was enlightenment. In other words, these various traditions of the past have added the sub verbiage to these types of expressions of people’s reactions to a new experience of some sort. A powerful experience that caused a change of thinking.

Let’s put it this way, I think most of our religions are early attempts at cosmology. In other words, explaining ourselves. How did we get here? Where are we going? Where did all this come from? How did it happen? People from all times have asked these sorts of questions and they came up with their own answers throughout history. Thats perfectly natural. All of our religious experiences are the same thing. Attempts to answer these ancient cosmological questions.

You have been cited many times when discussing the future of quantum physics as a science that could link spirituality and consciousness to everyday science. Can you explain this?

Well let’s put it in context. Quantum physics didn’t exist until the 20th century. It was the result of the work of Max Planck, Albert Einstein and the greats at the end of the 19th and into the 20th century. When quantum physics was formalized, we recognized the interactions between particles and that’s when we started to explain it. The awareness of particles and their interactions down at that level of nature have not been studied or understood before. That’s the quantum world as we understand it. We now know that particles interact. That they are aware of each other. We use that term that they are “aware” because they interact to each other. That was only quantified in the early 20th century. In the 1920s, quantum mechanics had a fairly good scientific organization and it’s taken us all the 20th century to be able to explain that these particles can show consciousness and awareness.

I think we can have a science for it.