Egypt is suing Israel for compensation for their 1,000 shares of their “part ownership” of the world famous and luxurious King David Hotel in Jerusalem.

The Egyptians hired two Israeli lawyers and have already submitted their claim in Jerusalem District Court for 5 million Israel shekels which is equal to about US$1.3 million.

This is a massive mistake on the part of Egypt—and not just because they are suing for the relatively paltry sum.

They are opening up a can of very ugly worms.

From the time the Jewish state was created in 1948, through the mid 1960’s, approximately one million Jews sought refuge after escaping from Arab states and Iran. Many Jews who were exiled and forced out of their homes in the Arab world and in Iran escaped to Israel. In most cases, their property was nationalized—even before they left. That means that there is a direct link from those events, when the Arabs states confiscated Jewish private and communal property, including businesses and bank accounts and the Arab states of today. If Egypt sues the Jews of Israel that came from Arab lands it is only a matter of time before Israel and Israelis will sue, too.

This is not the first time Egypt has brought a suit over Jerusalem’s King David Hotel to the Israeli court. Last time it happened their Israeli lawyer defrauded the Egyptians of over $2.6 million claiming that it was the cost of filing the suit. In 2013 that Israeli lawyer was convicted of fraud and sentenced to three years in prison—an Israeli prison. In reality, the filing cost $258.

And here we go again. The new Egyptian angle this time is that it is the Banque Misr, the National Bank of Egypt that is suing. The bank was nationalized by Nassir in the early 1960’s. With 500 branches throughout Egypt and the rest of the Arab world Banque Misr has holdings totaling $218 billion.

But the 1,000 shares of the King David Hotel that Egypt, through their Banque Misr proxy, is suing over were not totally owned by the country in the first place.

The most of the original shares belonged to a private Jewish bank that had branches throughout the Middle East and was headquartered in Lebanon. It was called Banque Zilkha. The bank was named for its Jewish founder and owner Khedouri Zilkha. And then, like every other bank in Egypt in the 1960s, Bank Zilkha was nationalized.

The investor and builder of the King David Hotel was Ezra Mosseri. He was a very successful Egyptian Jew who founded a group called Palestine Hotels Ltd specifically in order to build the King David Hotel in Jerusalem.  The hotel, which was opened in 1929 has since become the premier hotel in all of Israel, let alone Jerusalem, for political leaders, diplomats and celebrities.

Mousseri was also the director and the president of Banque Misr, but he used the bank for only 4% of the money needed to build the hotel. He, along with several of his Jewish friends, paid 96% of the cost out of pocket. Among those friends was the father-in-law of Abba Eban who later served as Israel’s ambassador to the United Nations and Chaim Herzog who became president of Israel (they married sisters from Egypt).

With this new suit it is unclear if Egypt is suing for the 1,000 shares which belonged to Banque Zikha, the private Jewish bank that was then nationalized or the 693 shares from the Banque Misr.

Egypt is not the only country that will end up losing money—and a lot of money because of this suit. Libya, Tunisia, Morocco, Lebanon, Syria, Iraq and Iran all stand to lose, as well.

When Israel and Egypt signed the Camp David Accords in 1978, finalizing peace between the two countries, compensation was set up in order to deliver an equitable sum to those Jews who were forced to leave Egypt which would cover their loss of family and community property. Thhis is laid out in Article 8 of the treaty. A compensation committee was supposed to be established to facilitate this. The committee was never created and so no compensation was ever given by Egypt to Egyptian Jews who were forced out of their homes, had their property confiscated and were exiled from their country into Israel.

Egypt and Israel have, over the past year, worked well and closely together on diplomatic, economic and security projects and issues.  Whoever advised the government of Egypt and the Banque Misr to pursue this line of legal confrontation made a serious political and economic error. 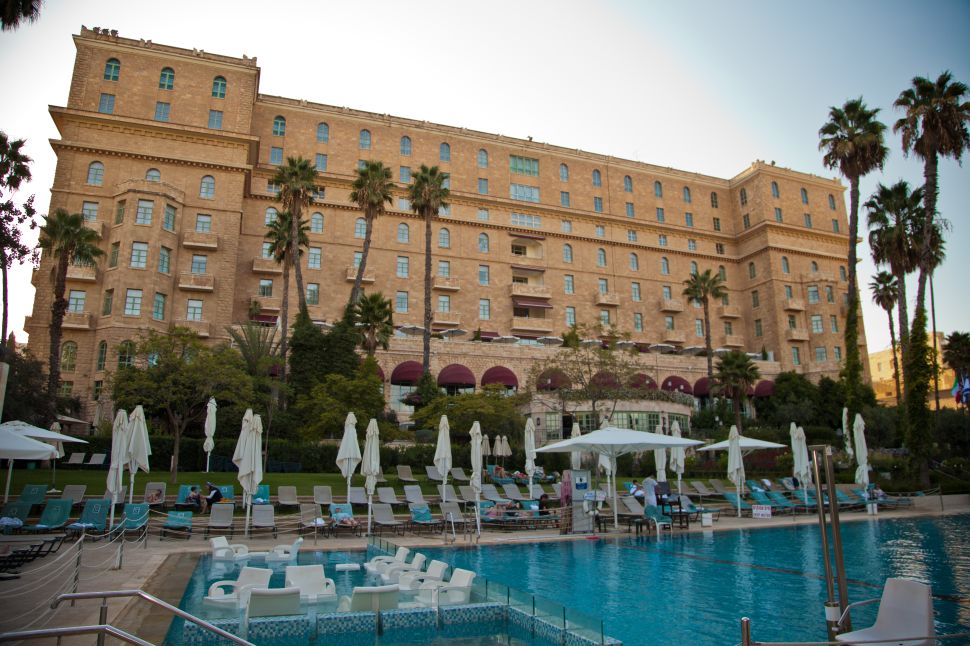