One of the final pieces in the very public, very messy divorce of former Jefferies investment banker Sage Kelly and Christina DiMauro has come to a close.

According to public records, Mr. Kelly is now the sole owner of the apartment at 995 Fifth Avenue the former couple once lived in. He paid $1.38 million for her share of the 4,000-square-foot apartment that the two had purchased for $9.66 million in 2008.

It started amicably enough, when Mr. Kelly filed for divorce in early 2014, asking for joint custody of their two children. But he then installed secret cameras in the four-bedroom, 4.5-bathroom pad, in which he recorded his estranged wife drinking beer and snorting cocaine. He was subsequently awarded temporary custody of their two young children, according to the Post.

Ms. DiMauro retaliated with a $7 million countersuit and a 26-page affidavit that accused her husband of being an unfit parent, alleging that he was a “coke-and Ecstasy loving, booze-swilling, abusive spouse and dad who lives for steamy sex romps,” per the Post.

While we don’t know too much about the actual interior décor of the apartment, if those walls could talk—well, they already have, in a way—it does sound like the co-op has some very helpful amenities, such as the doorman who, Ms. DiMauro claimed, had carried Mr. Kelly into the apartment after an especially rough bender. The original listing notes that the apartment’s living room faces the Metropolitan Museum of Art, and is “just like living in Paris!” It remains to be seen if such an expression of joie de vivre was shared by the couple when they separated.

In the end, however, Ms. DiMauro released a statement saying the two had come to an amicable agreement, and called Mr. Sage an “individual of high integrity,” adding that the press and media had released inaccurate information of the divorce proceedings, apologizing to those implicated. Of course, her statement was released after she had filed public documents claiming that one of their children had not only come across cocaine their father left out, but also watched Ms. DiMauro clean Mr. Kelly’s urine and feces off the bedroom floor. 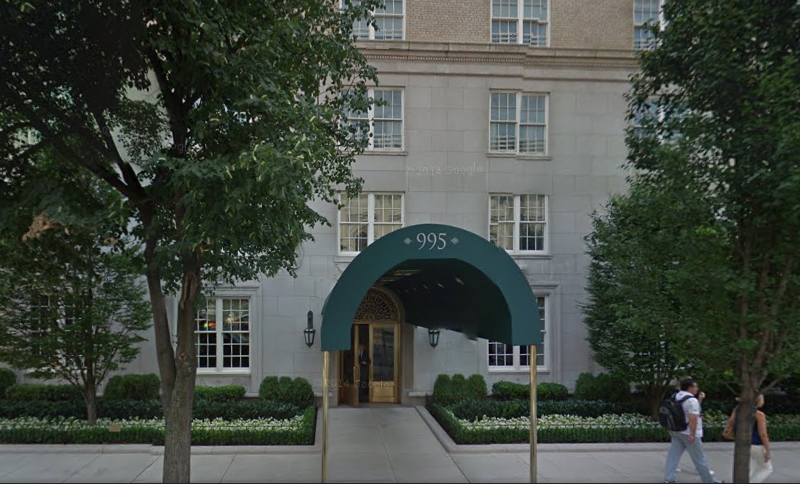