Some years ago, Helena Mironenko, 34, back then a middle-level government official, put a series of photos of herself online that caused uproar in her home city of Krasnoyarsk, the capital of a region three times bigger than France. On one of them, this young head of the Department for Cultural Mass Actions of the Krasnoyarsk Region Administration drinks alcohol from the big bottle sittin on the edge of a children’s sandbox in public park. 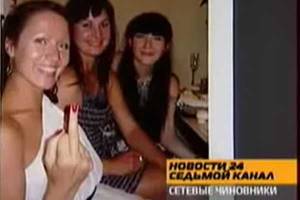 On another, happily smiling, she shows her middle finger to the viewers, displaying a nail manicured with the color of the October Revolution.

On the third, Mrs. Mironenko passionately kisses her red-haired girlfriend while fondling the woman’s breast.

“What happened to her?” the reader might gasp at this point. Was her career destroyed? Was she exiled to East Siberia? (Oops, Krasnoyarsk is in East Siberia). Was she arrested by police as a member of the LGTB community persecuted by the Russian authorities? Was she thrown into the dungeon, tortured, force-fed cabbage soup and made to change her Ukrainian second name to a more Russian-sounding one?

None of the above.

On August 1, President Putin’s henchman in the area— Vladimir Tolokonsky, the almighty Governor of Krasnoyarsk Region—appointed Ms. Mironenko the Minister For Culture of the Krasnoyarsk Region. He explained his appointment by the fact that Ms. Mironenko came from “creative class” and had a “creative vision.” Most likely, he was impressed by her using the word “prick” as a substitute for the word “a vote” on her web-page during the election campaign – the corresponding graphic symbol for the “vote” was also put on. (The shrewd observer might have noticed that Ms. Mironenko’s ‘creation’ most likely hurt the feeling of all the female voters of the Krasnoyarsk region.)

Yes, Russia has changed, and long gone are the days when it was enough to just pull a tight T-shirt over one’s big breasts with the words “I Want Medvedev” (meaning then-Russian President Dmitry Medvedev) to be appointed to the position of the director of the Head Department for the Management of Social Communications of Moscow Region, as has happened with 26-year-old Irina Pleshchova, one of the leaders of the pro-Putin “Nashi” movement.

Nowadays, one has to be “creative.”

That means the T-shirt is sometimes not needed.

The city of Ulyanovsk, birthplace of the leader of the Bolshevik revolution Vladimir Lenin, found itself in the middle of a storm last weekend when media portal Roupor73 came out publicly with the result of an investigation of the social media sites used by young and beautiful female bureaucrats of Ulyanovsk Regional Government. At least seven city female officials turned out to be so newsworthy that the nation’s biggest TV news-programs like Vesti and NTV-news carried the story.

Here is Press Secretary for the Ministry of Sports Anastasia Podgornova who won the unofficial People` s Choice Award. She is the living proof that everything is fine with the sports and athletics in the city of Ulyanovsk.

Tatiana Nasibullina, who fights corruption in the Anti-Corruption Department, impressed the viewers with her professional way of treating the camera and the most anti-bribes expression.

Press secretary of the Regional Ministry for Agriculture Natalia Midoncheva has some of nature (but no agriculture) on her pictures.

Helena Savinykh, a young employee at the Roads Department, has the most comfortable shoes.

Irina Lomovtseva, the representative of the Department for the Work With the Citizens and Organizations, is as nebulous as the department she works in.

Referent of the Department of Special Education and Youth Politics Helena Goldina is always ready to give a young person all the advice needed on any issue.

The pictures had been out for some time but nobody seemed to care. Was it the recent blue moon that caused all the sudden uproar?

Despite all the criticism of the revealing pictures of young Russian ladies by the state-controlled TV channels, the Russian public defies the autocratic sanctimonious ideology and mostly applauds the brave ladies. Meanwhile, half the country’s males want to move to Ulyanovsk, and the other half pledges to go into sports under the leadership of Ms. Anastasia Podgornova, who has promised to strip herself naked live on TV if Russia wins the coming Bandy World Championship. 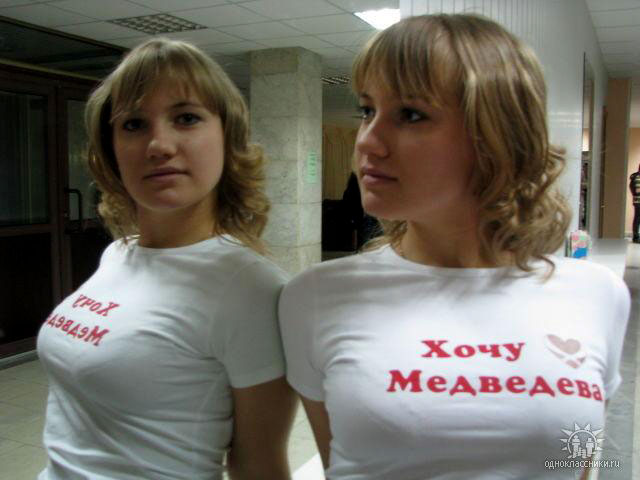