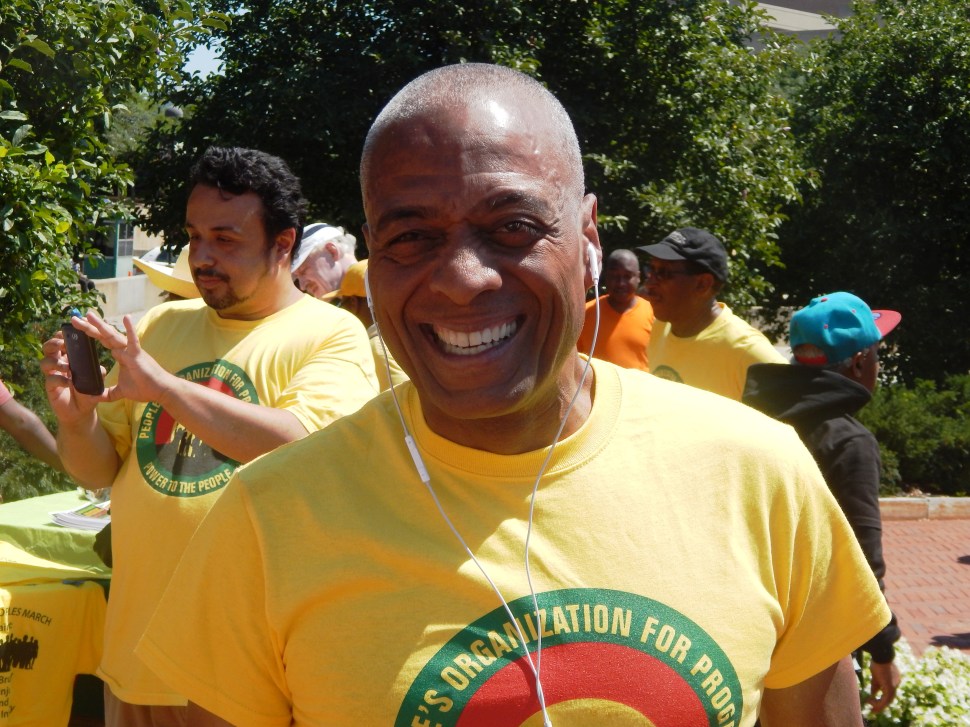 He’s been there, done that.

“I like him,” Hamm , lead organizer of a massive peace march in Newark two weeks ago, said of Sanders. “Relatively speaking I like Sanders on the issues. He personally identifies himself as a socialist. But after having had my experiences with the [Jesse] Jackson campaigns [of 1984 and 1988], I just don’t see the Democratic machines lining up behind him.

“Sanders’ whole career has been as an independent,” added the Princeton University-educated Newark activist. “Look, I just remember the Jackson campaigns, and that gives me an idea of where this thing is going. It’s a passion play, man. You know Jesus is going to get crucified in the end. It doesn’t matter if he’s played by Jesse or Bernie, he’s going to get crucified, and that’s it. He’s not going to say, you know, it’s going to work out differently for Jesus this time.

There are also real questions about whether Sanders – who’s spent his entire career in mostly white Vermont – can reach out and touch African-American primary voters.

Hamm does believe Sanders would have to do some legwork in that department, but the Vermonter faces another significant hurdle.

“I hate to sound simplistic,” said the activist, “but the most outstanding thing that Hillary brings is her gender. A lot of women feel that this is just time. A lot of women feel that way. We should not underestimate that. Candidly, I have no problem with that. I wouldn’t vote for a female Republican. Look, Hillary is more Harry Truman than FDR. Actually, the establishment of the past was more progressive than the establishment of today in many regards. But I do think Hillary as the embodiment of the idea that women’s time has come is very compelling.”

Sanders backers who last week led the organization of successful events around New Jersey are said to have Hamm’s phone number and are pondering whether to pick up the phone to make contact and join those suburban Sanders forces – derided as deadhead leftovers by critics – with Hamm and POP.

“I’ve got a lot of friends on the left out there,” Hamm said. “There’s something to be said for that strategy employed fairly effectively by the right wing of the GOP lately, which has moved to take control of the GOP establishment. Could we do that on the left?”

Maybe, he concedes. But the symbolic import of Clinton in a primary, he’s convinced, at least right now, may be too strong for progressives’ progressives to overcome in 2016. It should be noted too that the grassroots-forged Newark Mayor Ras Baraka – one of the most powerful elected officials in New Jersey and a close friend and confidant of Hamm’s – already endorsed Clinton for president.

A veteran Newark political operative, speaking on condition of anonymity, agreed with Hamm.

“African-American women will vote for Hillary because she is a woman,” said the operative. “It’s a truthful statement [that] Sanders is the true down to earth Democrat who will find a hard time getting the core Democratic Party leaders to back him. Also, because New Jersey is so late with its primaries we usually are just a warm-up for the general election.”  Bruce Alston of Jersey City knows a little about going up against the Democratic Party machine and taking a beating, specifically in his case the Hudson County Democratic Organization (HCDO).

“I think Sanders has a tough hill to climb,” said Alston. “I think his platform should be resonating with minority voters…his call for free tuition at public universities should strongly be advocated and supported by The NAACP and Urban League. He kind of reminds me of the college professor who is so in touch with the issues that regular people want to address that he is branded as eccentric for being truthful in his beliefs.

“The question is simple,” Alston added. “If Biden enters this race it will cause a split between Clinton & Obama/Biden supporters. Will it be enough to open the alley for Sanders? …[For now] Sanders does not have the monetary capital or political capital to get any major African-American or Latino elected official to legitimate him in those communities.” 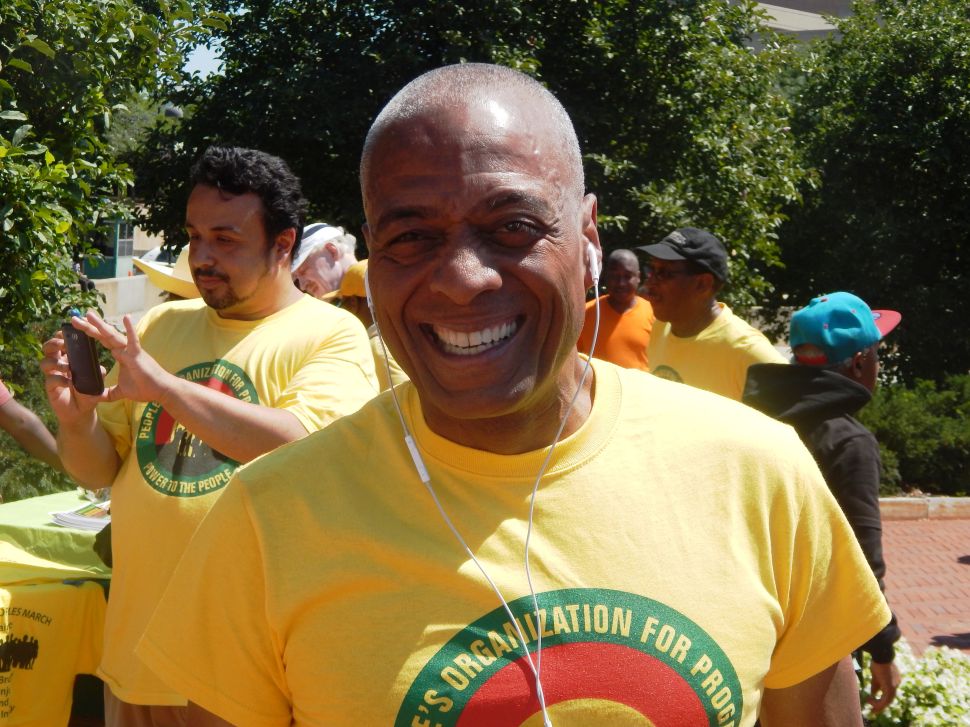