Acres of words have been written about how the Beatles shook a Dallas-shocked America out of its mourning slumber. That may be true, but there’s more to the story.

To Americans, it appears the Beatles and their insouciant, user-friendly, sexy/cute revolt came out of nowhere. Nothing could be less true.

Every musical revolution has a social and cultural context. No musical movement, no matter how bursting with originality it might appear, emerges from a void or a purely musical framework. To quote the 2nd century Buddhist philosopher and total freaking rock star Nagarjuna, “No entities whatsoever are found anywhere to have arisen from themselves.” Which is to say that the great musical avatars of our time—Elvis, the Ramones, the Beatles, etcetera—are not only the products of 1,008 musical influences, but are also the manifestations of pre-existing cultural and social trends, moods and developments.

In fact, without certain sociocultural conditions, these musical giants would likely be far more invisible. For instance, Hardrock Gunter was making fiery guitar-based tic-tock rockabilly nearly half a decade before Elvis; but absent of the sociocultural context of Elvis, the music of this pioneer did not create remotely the shockwaves Elvis created (i.e., Gunter looked like a middle school math teacher; Elvis, on the other hand, interpreted rockabilly within the context of a culture that had been acclimated to Tony Curtis’ spit-curls and the venom’n’leather nonchalance of Brando and The Wild One, and Elvis integrated these factors). Likewise, the Monks or the Sonics played perfectly adequate punk rock in the mid-1960s, but they did so far outside the framework of the Bowery necropolis that helped contextualize the Ramones.

(I am applying for a trademark on the phrase “Bowery necropolis,” so don’t even think of using it without attaching one of those little c-in-a-circle doohickeys.)

To Americans, it appears that the Beatles and their insouciant, user-friendly, sexy/cute revolt came out of nowhere. Nothing could be less true. By the time the Beatles exploded into British consciousness in late 1962 and 1963, a number of significant factors had paved the way for four sassy, young, working-class men with pronounced Northern English accents to emerge as the biggest stars in British history.

In England in the middle of the last century, there was an enormous amount of class prejudice. To Americans, who had learned to think of discrimination largely along racial lines, this kind of bigotry is mostly alien. In England, classism was as potent an obstacle to advancement and equality as racism was here.

Now, that’s a grotesque over-simplification, but not inaccurate. Power, opportunity, and respect were seen as being almost solely available to the rich, landed, and educated. Likewise, there was an extraordinary (and complementary) bias against the North of England; Londoners, who disproportionately controlled the media and the economic thrust of the country, looked down on the residents of Manchester, Birmingham, Liverpool, etcetera the way New Yorkers of the 1950s might have looked down on Birmingham, Ala., or Wheeling, W.Va. A Northern accent was seen as an often-comical indicator of the uneducated working class, much as a TV show or movie in America would have used a Southern accent to the same effect.

But in the late 1950s, multiple factors arose that challenged these limited and limiting perceptions of the English working class and the residents of the North. Playwrights like John Osborne began to write gritty and well-received dramas showing the working class in a sympathetic and multi-dimensional light; popular films like The Entertainer, Room at the Top, A Taste of Honey, and Billy Liar explored working-class (and lower middle class) life in all its joy, sadness, and complication; and a major British independent television network, Granada TV, set up shop in Manchester and began to air programs that placed the North on relatively equal footing with the South.

It’s integral that anyone loving or studying the Beatles understand that the fiercely appealing, fresh and brash sprit that swept up America circa February 1964 did not arise from itself.

The most important of these Granada programs, Coronation Street, debuted in 1960; a soap opera set around a working-class Manchester street, it became a national sensation (and still is), and helped re-write centuries’ worth of prejudice (though it would be another decade before even more firmly entrenched bigotries against the Irish would begin to crumble).

Into this environment stepped the Beatles, the greatest and most Northern of the new model working-class heroes. The Beatles didn’t make the North and the working class hip, desirable, and worthy of imitation; rather, the fairly rapid “mainstreaming” of working class and Northern culture in the late 1950s and early 1960s was an extant wave that the Beatles rode to its absolute crest. Since virtually no Americans were aware of these factors (the rise of the North and the working class in England’s cultural consciousness just prior to emergence of the Beatles), to Americans the language and posture of the Beatles appeared to be far more revolutionary than it actually was.

Now, there is a vast array of musical and linguistic antecedents to the Beatles. The musical influences are utterly well documented (the Everlys, Buddy Holly, Chuck Berry, and so on); the equally as important linguistic influences (namely the verbal puns, non-sequiturs, and conceptual absurdities of Spike Milligan and the Goons) are somewhat less well-reported, especially in the States, where there is precious little awareness of the enormous, almost fundamental influence Milligan and the Goons had on the Beatles, especially Lennon.

Likewise, a key element in the Beatles’ facade of brilliant novelty was the rather huge influence German Exi attitude and fashion exerted on them, via the presence in their young lives of the astounding Klaus Voormann and Astrid Kirchherr. But placing music, language, and style aside, it is integral that anyone loving or studying the Beatles understand that the fiercely appealing, fresh and brash sprit that swept up America circa February 1964 did not arise from itself, but was the gorgeous apogee of a pre-existing movement: the recognition of the artistic and social power of the North of England and the English working classes. 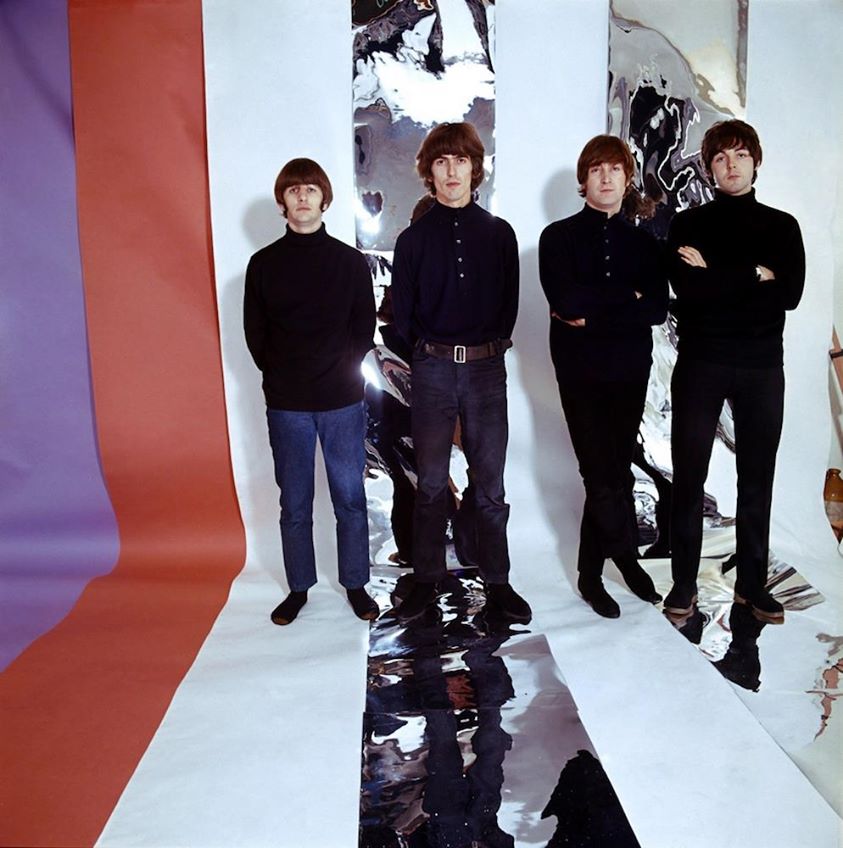