The freelance cartoonist who was essentially fired by the Los Angeles Times last week has marshaled audiotape evidence that boosts his side of the story in the dispute he wrote about with the Los Angeles Police Department.

Ted Rall, the nationally syndicated editorial cartoonist and 1996 Pulitzer Prize finalist (his work has also appeared in the Observer) was dropped by the Times after years of work following an LA Times blog post he wrote said he was “roughed up” by the Police in a 2001 incident related to a jaywalking citation. The LAPD subsequently provided the LA Times with an audiotape of the incident in which the police officer involved appears to be polite—and even discusses restaurant recommendations with Mr. Rall.

A “cleaned-up” version of the audiotape, posted online by the cartoonist Monday after he said he brought it to sound engineers, does include the noise of a crowd disputing his treatment by the officer, including the sound of one woman calling out “you need to take off the [sound muffled],” referring to, presumably, the handcuffs Mr. Rall said he was put in. Now, Mr. Rall said he is mulling a lawsuit against the LA Times and the LAPD.

In a May 11 post on the newspaper’s OpinionLA blog, Mr. Rall wrote a first-person account of how a ticket for jaywalking ended with him being “roughed up” by an LAPD motorcycle officer in 2001. The LAPD released audio of the encounter to the LA Times, and Nicholas Goldberg, editor of the paper’s opinion page letter said the audio revealed a “polite interaction” that raised “serious questions about the accuracy of Rall’s blog post.”

The LA Times cut ties with Mr. Rall on July 28 in a letter signed by Mr. Goldberg (he was a freelancer without a contract, according to sources at the LA Times).

Over the weekend, however, Mr. Rall took the LAPD’s 14-year-old recording to audio engineers at Post Haste Digital, a Los Angeles-based post-production studio, which he told the Observer was he was referred to by a fan of his work. In the enhanced version, released Monday, other voices can be heard during Mr. Rall’s detention by the officer. Mr. Rall says that these voices, along with other discernible comments from presumable bystanders ought to exonerate him.

“I’m considering suing, and have spoken to lawyers in Los Angeles,” Mr. Rall told the Observer, adding that he was dismayed at the California paper’s knee-jerk reaction. Mr. Rall said that he is considering legal action against not only Mr. Goldberg and the LA Times, but the LAPD and the Los Angeles Police Protective League.

Last Wednesday, the LAPPL posted a blog supporting the Times’ decision to dismiss Mr. Rall, writing that they “especially appreciate[d] the Times’ reaction, as the media in general often seems eager to publish material portraying law enforcement in a negative light.”

Mr. Rall said that he’s had limited interaction with Mr. Goldberg in his years working with the LA Times, and Mr. Goldberg was not his primary editor at the paper. “He doesn’t know me and I don’t know him,” Mr. Rall said. Mr. Goldberg did not respond to request for comment on the new tape or the possible lawsuit, but previously told the Observer that politics had nothing whatsoever to do with the LA Times’ decision.

Despite the dispute, Mr. Rall said that if this is resolved, he would not rule out working for the LA Times in the future, where he’s contributed over 300 cartoons. “Anybody can make an egregious error in judgement, but this is a journalistic question, not a political one.” 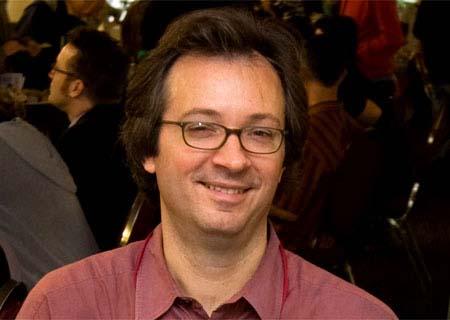