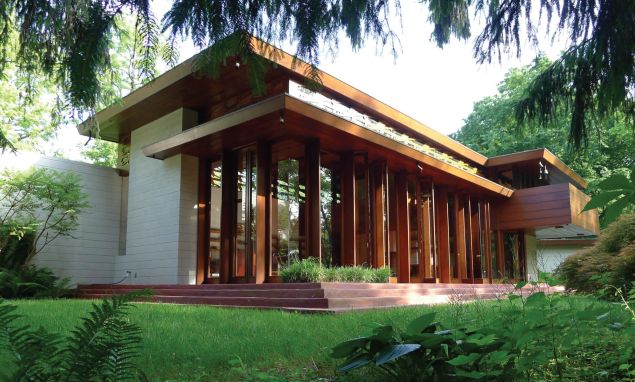 The Bachman-Wilson House, a New Jersey home originally designed in 1954 by world-famous architect Frank Lloyd Wright for Abraham Wilson and Gloria Bachman, was being threatened by repeated flooding at its original location along the Millstone River. The last owners of the house, architect and designer Lawrence and Sharon Tarantino, determined that relocating the house was necessary for its preservation.

The Crystal Bridges Museum of American Art in Bentonville, Arkansas, stepped up to acquire the home, and the house was moved to Northwest Arkansas in April of 2014. Construction is now entering the final stages, and the house is scheduled to open to the public on November 11, 2015, the museum’s four-year anniversary. 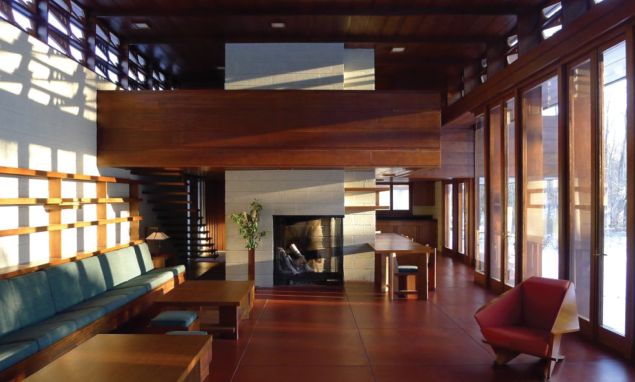 “We are excited to share this historic object that embodies our mission to celebrate the American spirit in a setting that unites art and nature,” said Crystal Bridges Executive Director Rod Bigelow. “As the only Frank Lloyd Wright house in Arkansas, it enhances our region’s offerings with unique engagement opportunities for schools, families, and individuals with an interest in architecture, all at no cost to the public.”

The Crystal Bridges Museum is the brainchild of Alice Walton, the daughter of Wal Mart founder Sam Walton. It was designed by renowned architect Moshe Safdie and opened in the fall of 2011. Since it’s inception, the museum has amassed nearly half a billion dollars worth of assets, including works by Jasper Johns, Jackson Pollock, Winslow Homer, Marsden Hartley, Charles Willson Peale and more.

Wright was a leader of the Prairie School movement of architecture that came out of the midwest in the early 20th century. He created some of America’s most memorable architecture, such as Falling near Pittsburgh and the Guggenheim Museum in New York City, through his philosophy of organic architecture. His influence on modern architecture is incalculable. 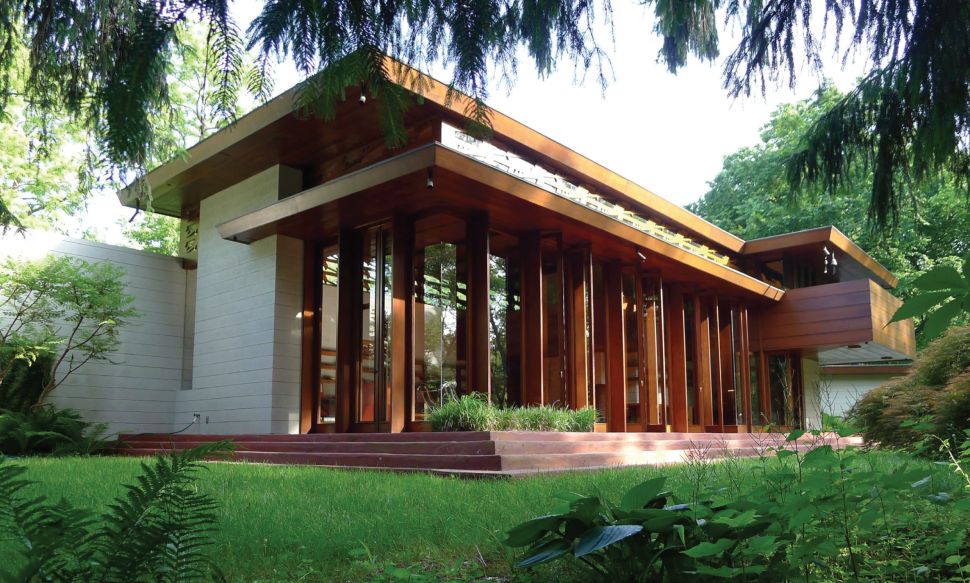