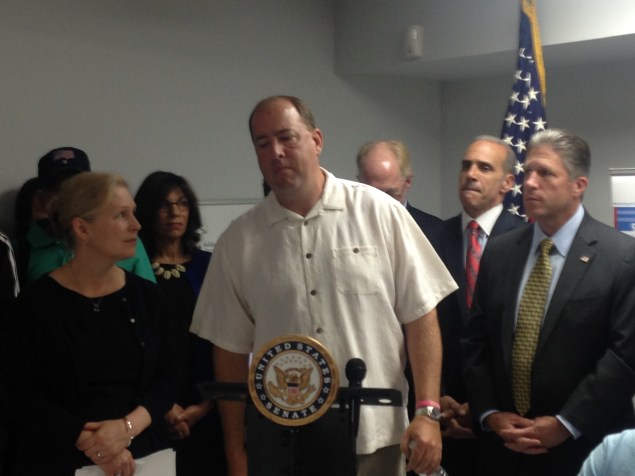 Sen. Kirsten Gillibrand joined labor leaders and civil servants who served and survived during and after the 9/11 attacks to push for the permanent renewal of the James Zadroga 9/11 Health and Compensation Act, which financed medical care for those with conditions resulting from the terror attacks 14 years ago.

At the Mount Sinai World Trade Center Program Clinic in Staten Island today, Ms. Gillibrand stood by while former cops, firefighters and sanitation workers described their personal tales of coughing blood, precipitous weight loss, cancer diagnoses and piles of medical bills amounting to as much as $20,000 a month—all consequences of inhaling the toxic dust and fumes that rained upon the city after the planes struck the World Trade Center. All of them said that the Zadroga Act, which Congress passed in 2010 as a five-year program, had allowed them to obtain treatment that workman’s compensation and insurance would have left out of their reach.

“This is what you live with. This is what we have. There’s nothing we can do about it, we hate it. We do our best to get through our lives, you know,” said an emotional Joseph Weibel, a former police sergeant. “I feel a little better here, a little better there.”

Ms. Gillibrand, a Democrat, emphasized that the Zadroga Act passed unanimously five years ago, and the renewal has multiple sponsors from the Republican majority. But she warned of a “lack of urgency” in Washington, D.C. over the issue due low public awareness.

“If we don’t reauthorize this bill on time, their health care is uncertain,” she said. “To ask someone who’s ill or dying of cancer to wait or to not be able to maintain their care is outrageous. These are our first responders, these are our heroes.”

Patrick Lynch, president of the Patrolmen’s Benevolent Association—the city’s largest police union—insisted that the country owes those who participated in rescue and recovery efforts

“As people streamed north, there was a confident stride in police officers and first responders pushing through the crowd, going toward the towers, not stopping, helping along the way,” he said. “And then those same men and women had that confident stride come here and they struggle to get up the stairs, because they need the treatment.” 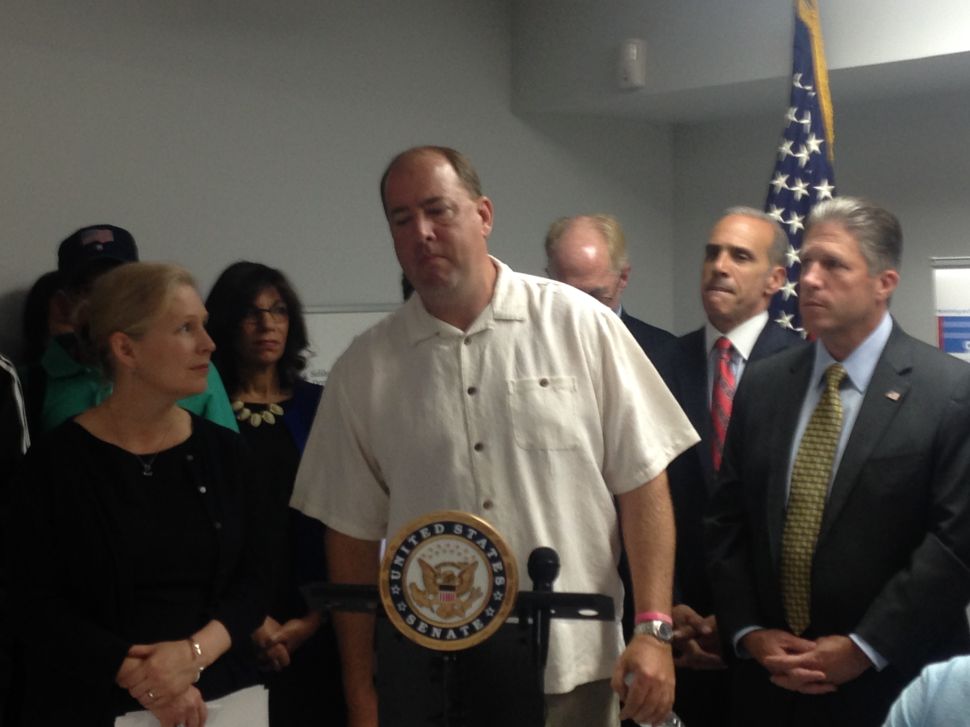