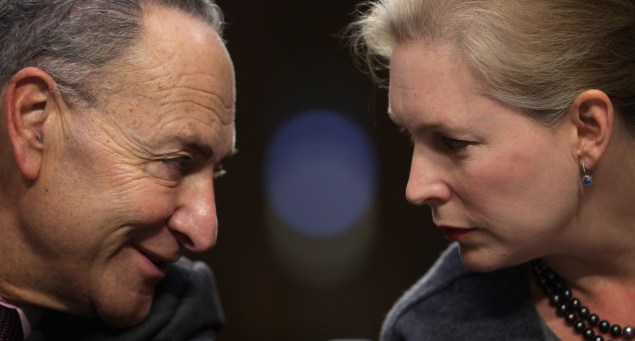 Senator Kirsten Gillibrand told the Observer today that Senator Charles Schumer has not attempted to convince her to oppose the Obama administration-backed plan to drop sanctions against Iran in exchange for a pause in the Islamic theocracy’s nuclear program.

Speaking after an unrelated event in Staten Island, Ms. Gillibrand—who has endorsed the deal despite calling it “imperfect”—said Mr. Schumer had not pressured her to change her stance to align with his. Numerous opponents of the Joint Comprehensive Plan of Action have called on Mr. Schumer to use his clout as the ascendant Democratic leader in the Senate to defeat the proposal, though the senior senator from New York said this morning he “won’t be able to force anybody to vote my way.”

“No,” Ms. Gillibrand said simply when the Observer asked if Mr. Schumer had asked her to come out against the plan, which Secretary of State John Kerry helped broker, though she said they had been in conversation. “We’ve talked several times about it already.”

Mr. Schumer, like many critics of the plan, has argued that Iran will be able to reanimate its atomic weapons program once the plan’s 10-year timeframe expires. Worse, they have claimed the elimination of sanctions will recharge the Iranian economy, allowing the longtime pariah state to not only quickly create a nuclear bomb but develop the ballistics necessary to strike Israeli and American cities.

Mr. Schumer, a strong supporter of Israel, has also argued that America and the world would be better off if the deal failed to go through. He noted that, even during the arrangement’s decade-long timeframe, the United States would need the approval of other countries to conduct inspections, to give the Islamic theocracy 24-hour notice before inspecting and that the “snap back” of sanctions should Iran violate the terms of the agreement would be “cumbersome” because of the parameters laid out in the plan.

Without directly criticizing Mr. Schumer, Ms. Gillibrand critiqued many of these positions while speaking to the Observer. She noted that two of Iran’s three nuclear development plants will be completely dismantled—one even filled in with concrete.

She also asserted that the reinstatement of crippling sanctions could be simpler than opponents claim. The junior senator warned that it is unclear what will happen if the deal fails to become international law, although war seems likely.

“If you do not support this deal, the consequences are uncertain,” she said. “If Iran continues to develop their nuclear capability and decides to enrich uranium beyond the 20 percent today and to weaponize it, then we will have to take military action. So I believe being inside the deal will be better for us.”

But she also indicated that it is simply too late for the United States to turn back. She pointed out that America could reinstate its own sanctions if the deal fails, but that ambassadors from Russia, China and the European Union have said their countries will not—and that no party is willing to try to draw up new terms.

“They said they thought going back to the negotiating table was not possible. Not only did they not think their countries would, they didn’t think Iran would, because if they couldn’t deliver a deal under President Obama, they would have to wait until the next administration. So what you’re talking about if you do reject this deal is not going back to the negotiating table for any time less than two years, and that creates enormous uncertainty,” she said.

She additionally seemed to believe that the Islamic republic would inevitably violate the terms of the deal, but that shutting down its subterranean facilities and forcing the country to do its development above ground would make it easier to destroy any new nuclear technology.

“So if Iran breaches, when Iran breaches, we will be able to respond immediately, not just with snapback of all sanctions, those crippling sanctions that we had to get us to the negotiating table, we can take more effective military action if necessary,” she said.

Congresswoman Grace Meng of Queens and Congressman Eliot Engel of the Bronx, as well as Long Island representatives Steve Israel and Kathleen Rice, are among the New York Democrats to announce their opposition to the plan. Congress may vote against the agreement, but Mr. Obama will have the power to veto their decision, and most observers agree that opponents will not be able to pull together enough members to override the veto. 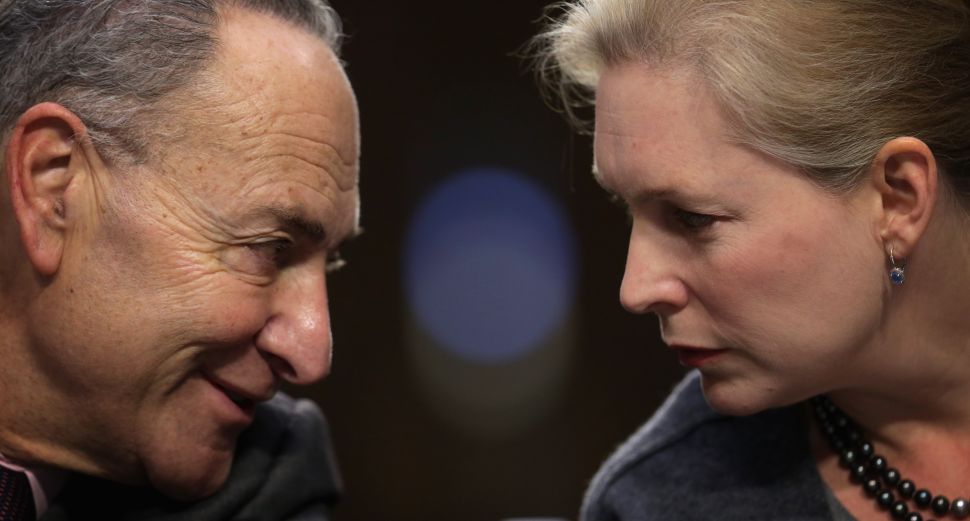