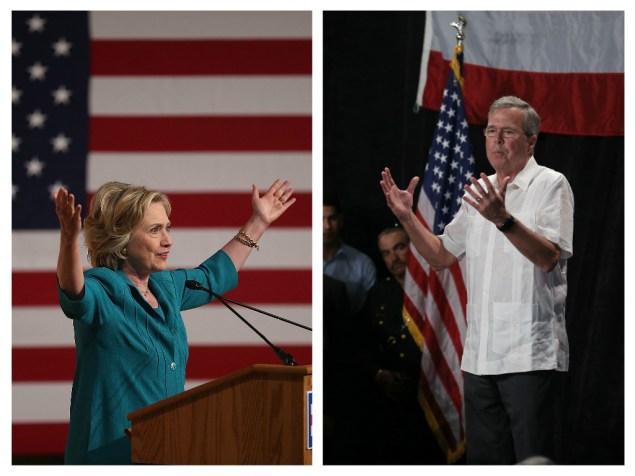 There are two important campaign developments this week. In the first the Republican presidential debate on Fox News will soon be forgotten after the media herd moves to the next ten news cycles. But in the more important development of the week, it is now clear that Hillary Clinton has targeted Jeb Bush and begun to achieve a mastery over him that augurs well for her prospects of a big victory in a Clinton versus Bush match-up in November 2016.

The misguided political play of the week began when the GOP continued what has been called its war against women by trying to destroy Planned Parenthood, which for many on the right means not merely opposition to abortion but opposition to birth control and a war against federal programs that help women.

In a Republican Party that is no longer the party of Abe Lincoln, the requirement for seeking the GOP nomination is for every candidate to move further to the right of the next candidate. Facing a major trust problem from the conservative base, Jeb Bush, in his latest campaign gaffe, operating without a staff-written script, escalated the war against Planned Parenthood by suggesting that spending for women’s health programs generally should be cut.

Hillary Clinton pounced and Jeb Bush surrendered. Ms. Clinton, who would be the first woman president and has spent a lifetime supporting programs that serve women of all ages, went on the offensive and charged that Mr. Bush was completely and unequivocally wrong, whereupon Jeb admitted that Hillary was right and he was wrong and misspoke and didn’t really believe that programs for women’s health should be cut.

If presidential politics were a boxing match, when this round ended Hillary would have returned to her corner with her gloves raised above her head while Jeb would have ended the round on his back, while his handlers would have lifted him up and applied the smelling salts to their dazed contestant back in his corner, glad the round had ended and reminding their man to stick to his talking points.

The GOP is not waging a war against women as women, but it is waging a war against the interests of women. Many Republicans want to cut Medicare, Medicaid, Social Security, and a range of programs that serve women. They also want to destroy Planned Parenthood— which performs a long list of invaluable services to women and has long been supported, until recently, by most Republicans.

The second thing that is going on is that Jeb Bush is gaffe-prone. Sticking to our boxing analogy, Mr. Bush entered the primary season twenty pounds overweight and poorly trained.

Mr. Bush had more than ten years to decide where he stands on the Iraq war initiated by his brother, President George W. Bush, but in the course of one week he took four conflicting and incoherent positions on whether he would have initiated the war. This is not a minor issue. It is a fundamental matter of war and peace for a commander in chief and after that round, without an opponent even throwing punches, a dazed Jeb had to return to his corner for earlier dose of smelling salts.

While Hillary runs to build on the legacy of Bill Clinton, the most popular living former president, who is fondly remembered for leading the nation to prosperity, Jeb seems to have a subliminal problem with his legacy as a Bush. After being incapable of coherently stating what he would have done about the Iraq war of Bush 43, when asked about his father in a recent candidates forum televised by C-Span, the man who would be Bush 45 stumbled and mumbled about Bush 41.

Hillary Clinton is the superior candidate. She would make by far the better president. She is establishing her mastery over Jeb Bush, and it shows.

The third thing going on is that Ms. Clinton has obviously made and so far brilliantly executed a decision to directly criticize and confront Mr. Bush. When he said that a major economic solution is that workers need to work longer hours, she said the real solution is to create more jobs, pay workers higher wages, increase the minimum wage and pay equal wages for women. Score that another round for Hillary.

When they both spoke at a National Urban League conference, while Jeb envisioned a moment for a congenial appeal to black leaders Hillary launched a preemptive strike by confronting him about his opposition to the Affordable Care Act, raising the minimum wage and voting rights. Score that yet another round for Hillary.

There is one very clear pattern developing in the presidential campaign that became clearer than ever this week: When Republicans talk to Republicans to pursue the Republican nomination they speak of Hillary Clinton as the devil incarnate, but when Hillary talks to the nation and targets Jeb as an opponent she wins the round every time.

Hillary Clinton is establishing her mastery over Jeb Bush. In every direct confrontation between them so far, when she launches a preemptive strike and he responds, she has won, and when he makes an ill-considered statement and she counter-punches, she has won.

My view has long been that Jeb Bush is vastly over-rated as a presidential candidate. If the campaign becomes a battle between this Clinton and this Bush the lady will score a knockout.

Hillary Clinton is the superior candidate. She would make by far the better president. She is establishing her mastery over Jeb Bush, and it shows. 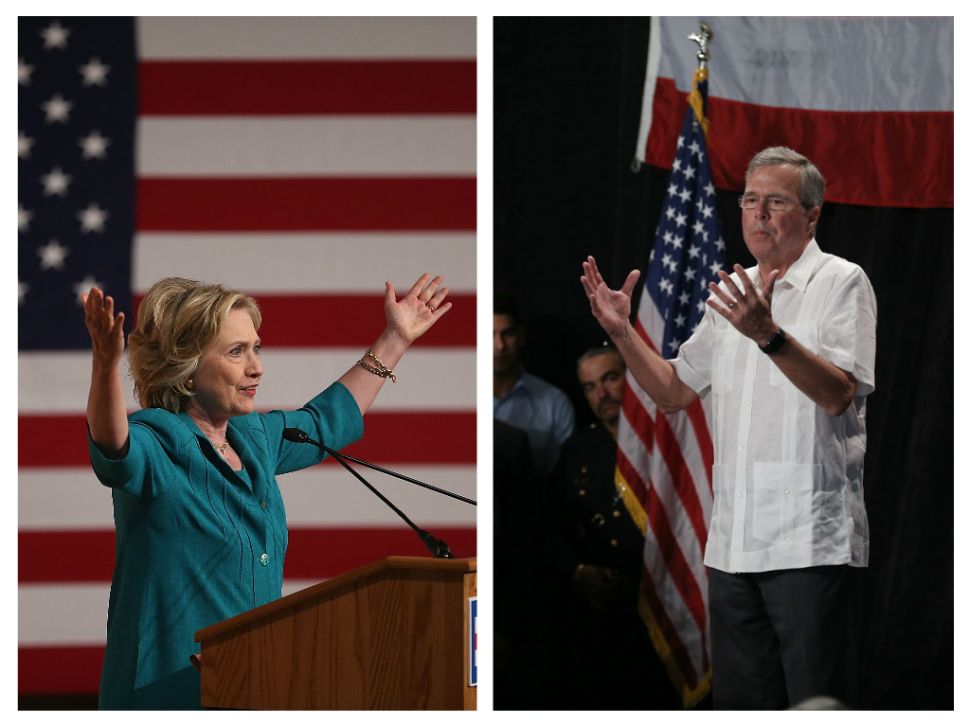