Anthony Mattana founded Hooke Audio because he believed people could more fully document their real life experiences if they were able to make recordings that sound like we hear them, with direction. In other words, our brain not only decodes sound for us, but it also does a good job of telling us what direction the sound is coming from. Including that in recordings, he thought, would make it more immersive. So he and his business partner created the Verse a Bluetooth-connected headset that both plays and records sound, from both sides of the head (what’s called binaural audio) to capture what he calls 3D sound on smart phone recordings.

One morning he was surprised to find a minor tweet flurry from different people asking him to describe how the headset fit, where the microphones sat and what it looked like, as he recounts on the company’s blog. He was confused, because the company’s website is plastered with all kinds of images of the as-yet-unshipped product. The questions, it turns out, were coming from a community that’s long been sold on binaural recording but for whom pictures are not very helpful: the blind.

Mr. Mattana told the story at a session of the Northside Innovation Festival, and The Observer followed up with him during a recent phone call. One of the visually impaired future users he got in touch with was Justin Thornton. Mr. Mattana said that Mr. Thornton described the use case for blind people as “capturing our home videos on our smart phones.”

Many visually impaired people learn to translate sound with a richness that’s hard for sighted people to comprehend, as the first episode of the NPR podcast Invisibilia demonstrated.

In an email to the Observer, Mr. Thornton wrote, “A binaural recording is as close as we get to experiencing something as if we were there not needing the use of sight whatsoever… We can precisely gather information about the surroundings in the environment; but with traditional recording that all goes away.” He added, “No direction, no purpose.”

Once Twitter had illuminated this use case for the company, Mr. Mattana described how the team began working with visually impaired users to make Hooke’s mobile app functional for users without sight. Similarly, we recently wrote about how rideshare service Gett, worked with a blind developer toward a similar end.

The iPhone has a native accessibility function called VoiceOver that reads what happens on your screen. Hooke is redesigning its app so that when VoiceOver is on, the Hooke app automatically engages functions that use non-visual cues for users that need them.

The most important fix Hooke discovered, by working with blind users, was the clipping notification. When users turn on the app that controls the Verse, it shows level indicators for left left and right microphone. When recording audio, it clips when the sound is too loud. Clipping leads to a nasty scratch in the recording. To fix it, users just need to lower the microphone’s gain (gain is effectively the opposite of volume: rather than how loudly speakers play back, gain is how softly microphones listen).

To prevent clipping, sighted users will see level indicators going into the red, but that’s not helpful to Mr. Thornton and his peers. “So the solution we came to is to vibrate the phone when the audio is clipping,” Mr. Mattana said.

Enabling VoiceOver also triggers other accessibility notifications. Since the Verse has headphones as well as microphones, the app can take advantage of private audio cues. For example, when power on the Verse is getting low, it plays a sound. It has other cues for losing Bluetooth connection, track progression and etcetra.

It’s important to note that while blind users have tried the device out, it hasn’t shipped yet, so it’s not been part of their daily lives. Once it is, the team may find that more accessibility fixes are needed. “I think we’re going to find more,” Mr. Mattana said.

Service to blind users is just one use case for the product, which already has thousands of pre-orders. He hopes that creators will start thinking about direction as an aspect of high quality sound recording. Check out this video he recorded of an outdoor acoustic performance using Hooke audio—the directional quality of the sound can be perceived using regular headphones:

Next, Hooke wants to continue developing better sound hardware. The Verse records in 3D, but only from one perspective. The next project will be to record sound in full 360 degrees to go with virtual reality video, so that when your head turns to look at a different part of a VR scene, the sound changes so that you hear it as you would if your head were facing in that direction.

“I just want people to be creative with sound the way they’ve been with the cameras on their phones,” Mr. Mattana said.

The company has bootstrapped its first piece of hardware, in part by using a Kickstarter campaign that raised $163,000. The Verse is available for pre-order now for $139. It should ship later this year, Mr. Mattana said, adding that the company has been meeting its deadlines. The least expensive existing binaural recorder we found was $499, the Free Space. Professional units can cost about $8000. 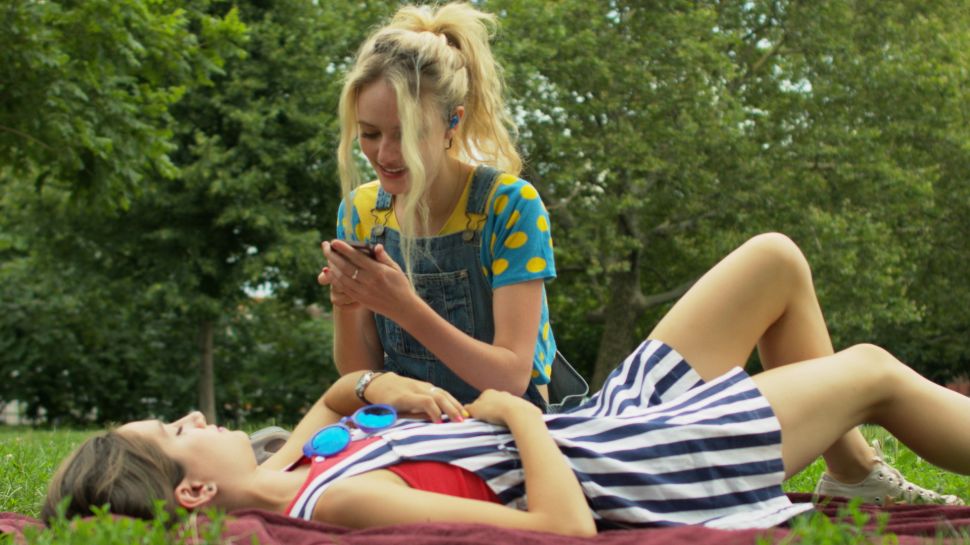