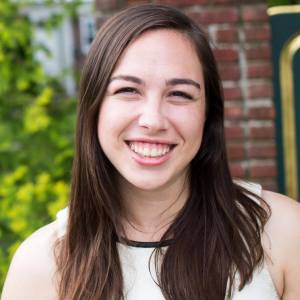 HTC, one of the few unions with a sophisticated get-out-the-vote operation, backed Ms. Lynch after several other large unions threw their weight behind her. HTC is also a member of the Working Families Party, which endorsed the former City Hall staffer in July.

“HTC knows that Rebecca will be a fierce advocate for the many issues important to our members and for the entire labor movement–we are confident she will be a champion for working families,” a HTC spokesman said.

Taking a dig at a top rival in the race, former Assemblyman Barry Grodenchik, the spokesman added that it was a “hard choice” between endorsing Ms. Lynch and attorney Ali Najmi, another Democrat running in the primary without any organized labor endorsements.

“It was a hard choice between Rebecca and Ali for our members, both should be considered rising stars in Queens and in the Democratic party and the voters of the 23rd [Council District] should be thrilled they are both on the ballot,” the spokesman said.

A source close to HTC said Mr. Grodenchik, who was endorsed by the Queens Democratic Party and unions representing transit workers, sanitation workers and firefighters, skipped their endorsement interview. It’s not clear whether the snub cost Mr. Grodenchik the endorsement–with 32BJ SEIU and WFP behind Ms. Lynch, HTC was long leaning in her direction.

“As much as Barry respects the hard-working men and women of the Hotel Trades Council, it was common knowledge for some time that their endorsement was off the table, and as a result Barry decided to remain in the district to continue reaching out to voters,” said Ryan Monell, a spokesman for Mr. Grodenchik.

Though HTC has been on the losing end of some recent local races, including the 2013 mayoral race and a failed attempt to unseat former State Senator John Sampson, their track record in Queens is strong. They aided Assemblywoman Nily Rozic in her first race against a county-backed candidate in 2012 and helped Congresswoman Grace Meng defeat a WFP-supported contender that same year.

Their support of Ms. Meng, a darling of the county organization, meant that Mr. Grodenchik at least had an outside chance of gaining HTC’s nod, a labor source argued.